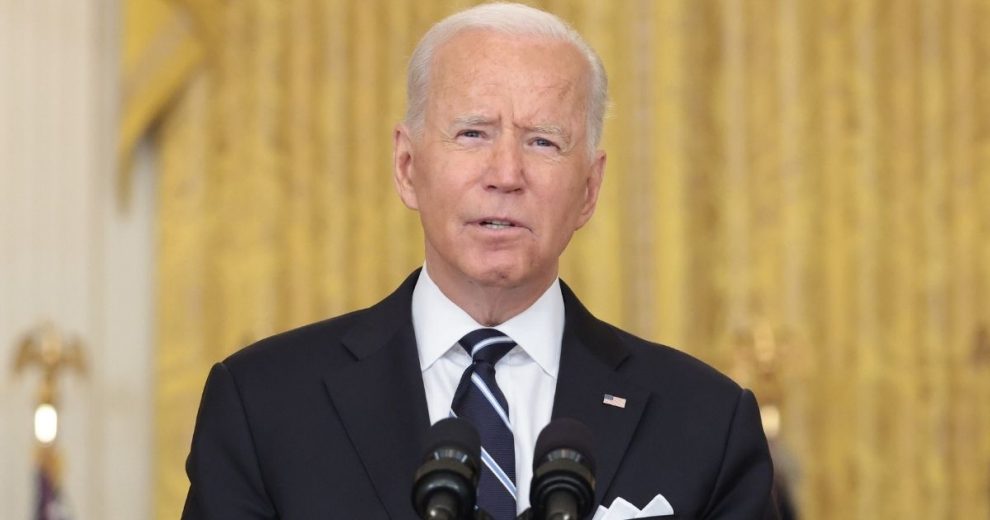 A call has been issued for Americans to take a stand against vaccine mandates by walking out of their jobs or schools.

On Thursday, President Joe Biden said he would draft executive orders forcing all employers with more than 100 workers to institute vaccine mandates, as well as imposing them on federal workers and federal contractors.

According to a news advisory provided to The Western Journal, “The Great American Walkout” kicked off Saturday with a San Diego news conference “to announce the launch of a nationwide peaceful protest of Police Officers, Fire Fighters, Medics, Educators and Parents who are all greatly concerned with President Biden and multiple other state Governor’s recent calls for nationwide COVID-19 vaccine mandates.”

The advisory noted the mandates “will affect 100 million Americans including all federal workers and contractors, accompanied by a requirement that large companies must impose vaccines or regular invasive testing for employees.”

A news release also provided to The Western Journal said the four-day protest of vaccine mandates from Saturday through Tuesday is being led by Rachel Hamm, a conservative candidate for California Secretary of State in 2022, political strategist Jason Sullivan and a Riverside County businessman identified only as “Cameron R.”

The news release said that on Saturday, “Americans who are attending work, or school are asked to peacefully leave what they are doing and to immediately flood social media with their own powerful messages in defiance of forced vaccinations.”

The effort is also calling for social media postings using the hashtag: #TheGreatAmericanWalkout.

“We also encourage you to email your boss or school officials and let them know WHY you are protesting,” the release said.

The release noted that Democratic Gov. Gavin Newsom has “failed miserably as the Chief Executive Officer of the 5th Largest Economy on Earth, and now he’s also saying that you have to be vaccinated in order to provide for your families.”

“Californians need him to leave office for their lives to thrive once again. In addition to participating in this walkout, remember to vote YES to recalling Newsom on September 14th!” the release said.

Those trying to force shots on us need to feel the pain of our absence. Then, they need to lift the vax requirements NOW!!#TheGreatAmericanWalkout https://t.co/nLVcCUfvFp

“First, we were told we were shutting things for a couple weeks,” Hamm said.

“Then, it was wear this mask, now wear two masks, don’t attend your church, your business must stay closed, and your kids can’t go to school. On top of that, Newsom’s and Biden’s administration have intentionally left our border wide open for COVID-positive invaders to flood into our country, while imposing extreme restrictions on our own citizens.”

Hamm said citizens “are facing the most dangerous of Newsom’s and Biden’s dictatorial mandates; Get this shot, or you can’t keep your job. As an educator in California my husband has been told by Gavin Newsom, ‘Take this vaccine or lose your ability to provide food for your family.’”

“We’re not anti-vaxxers in general, but we do believe everyone should have the right to choose what’s best for themselves when it comes to the COVID shot. There are serious concerns about its safety and efficacy, regardless of what politicians say,” she said.

“One thing we know about career politicians is that they lie! I’d encourage all Americans to consider why a shot is being pushed this hard for a virus that has a 99% recovery rate. We’ve had enough, and now we will make our voices heard loud and clear by this peaceful protest,” Hamm added.

We need this here. Noncompliance is the only answer. https://t.co/BgCxa1V9Hr

Sullivan said, “We the people are in charge of our country, not the politicians. We live in a constitutional republic, not a tyrannical oligarchy led by an out of control, mentally unstable train wreck President, Joe Biden.”

On her Facebook page, Hamm said employers who are not on the Biden bandwagon should not be targeted.

“If your employer is NOT requiring you to get vaccinated, don’t walkout! Do a great job for them and thank them for supporting freedom,” she wrote. 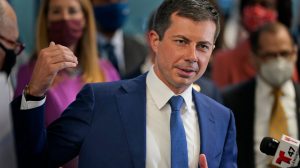 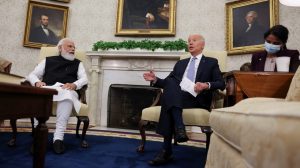