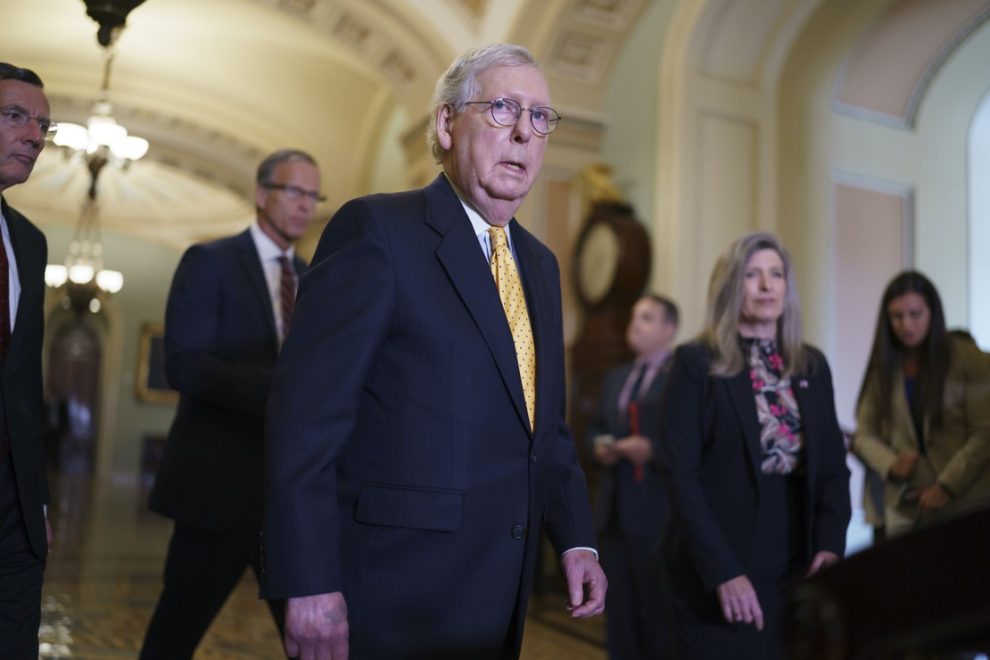 It’s been another bad day of political news for Republicans. On Saturday evening, Trump-endorsed Joe Kent lost WA-03, a district that the GOP won by 13 points last go around. That puts the House in further peril, with a best-case scenario being somewhere between 221-219 seats for the Republican Party. That’s smaller than the margin Nancy Pelosi currently enjoys.

As I wrote in my election post-mortem, this entire ordeal has been an unmitigated disaster, and there’s plenty of blame to go around, which I’ll choose not to rehash here.

With that said, there is a looming battle that’s about to take place, and it’s an important one. Namely, who will be in GOP leadership going forward? Is Kevin McCarthy going to be the Speaker of the House? Will Mitch McConnell once again reprise his role as the Senate Minority Leader?

If you ask the GOP consultant class, they will answer in the affirmative to both those questions. Despite the fact that we just had the worst mid-term failure in decades, beltway-dwelling Republicans are just fine with keeping the same failed leadership in positions of power. Why wouldn’t they? After all, Mitch McConnell is supposedly a genius. I mean, it took real skill to pass gun control and to give Joe Biden his infrastructure bill last term.

I’m assured that no one else can possibly do the job. Certainly, it couldn’t be a Republican who might have favorable ratings that aren’t in the low-20s. I mean, who cares if the vast majority of Americans hate the second most powerful Republican in the country, a man who also happens to be 80 years old? Better that we keep him in power as a divisive, controversial figure until he completely ages out. Someone has to keep Lisa Murkowski in line. Of course, getting rid of Murkowski would have been a better solution, but McConnell decided to bankroll her against another Republican instead.

Ironically, many of the same people who insist Donald Trump is too old and polarizing to run in 2024 are just fine with McConnell slogging along, offering no vision or path forward for the Republican caucus he leads. Weird, right?

I’m always going to offer honesty. As I’ve expressed, I do think Trump is too old and the cake is too baked on his unpopularity with the American people for him to be the 2024 nominee. It’s not a matter of whether I “like” Trump or not. It’s a matter of what I think the reality of the situation is. My opinion is bolstered by the fact that we have younger, highly conservative, and very effective alternatives with far higher favorable ratings waiting in the wings.

Yet, I’d be a hypocrite if I thought that and then let McConnell and McCarthy off the hook. Both men are deeply disliked and have proven to be terrible leaders of men. I’m not doubting that McConnell knows the rules of the US Senate. That’s not enough to keep him in power indefinitely, though. Besides, McConnell could easily still advise on parliamentarian matters while letting someone else step to the forefront.

There’s another factor at play here as well. If the consultant class really wants to “move on” from Trump, they are going to have to earn the trust of voters (at least those that are persuadable). The first step in doing that would be supporting a fresh slate of leaders at the top of the party. That includes Congressional leadership, but it also includes Ronna McDaniel at the RNC, whose mid-term strategy was so disastrous that she should have immediately resigned in shame.

Doing so would at least signal that the “establishment” is willing to take the concerns of its voters seriously. Rubber-stamping McConnell and McCarthy while making no changes at the RNC would signal the opposite. The consultant class has a choice to make. Do they want to hang onto their sacred cows? Or do they want to do what it takes to try to unify the party on all fronts? I think we know the answer to that, unfortunately.