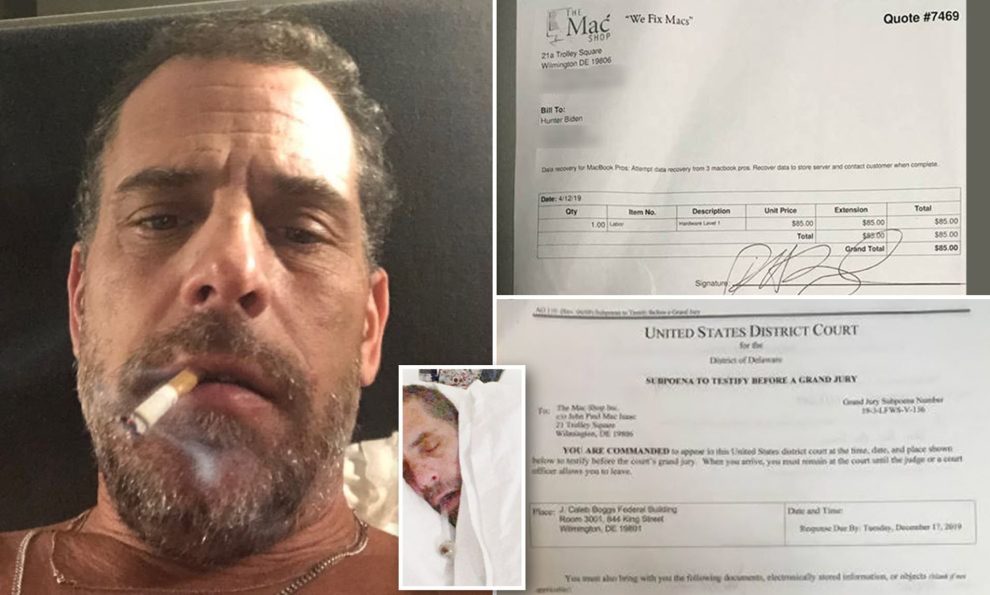 “So where is it? The Laptop?” Rep. Matt Gaetz (R-Fla.) clown-slapped the assistant director of the FBI’s Cyber Division, Bryan A. Vorndran, on Tuesday when Vorndran admitted he didn’t have “any information” on the whereabouts of Hunter Biden’s “laptop from hell.”

Vorndran told Congress he didn’t know where the laptop is, nor does he even know who SHOULD know the whereabouts of the laptop. Weird, considering he IS the assistant director of the FBI’s Cyber Division.

It’s glorious to watch Gaetz pound Vorndran like a cheap steak and yet infuriating that the assistant director of the FBI’s Cyber Division has “no idea” what’s going on in any way, shape, or form when it comes to Hunter’s laptop. He told Gaetz he shouldn’t know the answers, claiming that it’s not in his purview.

I don’t care. Posting them all. Who’s the little girl, Hunter? pic.twitter.com/zWLdWPhi6d

Gaetz spoke of the evidence of Hunter’s business dealings that is on the laptop and whether or not it can cause a problem for the First Family.

“Has anyone at FBI Cyber been asked to make assessments whether or not the laptop creates a point of vulnerability?” Gaetz asked. Vorndran dodged that question too.

Gaetz laughingly continued, “Have you assessed whether or not the first family is compromised as a result of the Hunter Biden laptop?” Vorndran played dumb-dumb and again claimed he knew nothing.

On This Day in 1992: Grant Hill finds Christian Laettner on a full-court pass, and… you know the rest.

The Shot against Kentucky would put Duke into the Final Four en route to their 2nd consecutive national championship. pic.twitter.com/viBIytA7zD

FACT-O-RAMA! The FBI kicked down the doors of three Project Veritas journalists over Ashley Biden’s alleged “I showered with my daddy when I was a child” diary but lost Hunter Biden’s laptop.

Vorndran all but pleaded the Fifth in the face of Gaetz’s unrelenting attack. He was unable to find even one answer to very simple questions. If Vorndran didn’t know, who should?

“Sir, again, we can do this back and forth for the next couple of minutes,” Vorndran stammered. “I don’t have any information on the Hunter laptop.”

Gaetz further took Vorndran to the shed when he asked, “Do you know who we should put in that chair to ask these questions to?” No, he didn’t even know the answer to that question.

“Can you find out?” Gaetz asked.

Vorndran replied, “I will be happy to take your request back to FBI headquarters.”

The video ends on a happier note. Gaetz declared, “Mr. Chairman, I seek unanimous consent to enter into the record of this committee, the contents of Hunter Biden’s laptop, which I am in possession of,” and held up a computer drive. ShaZAM!

Rep. Nadler (D-N.Y.), who was being coached by someone, retorted, “I’m not .… I will object pending further investigation.”

Nadler and Gaetz went back and forth, and Gaetz sought consent to add the receipt of Hunter’s laptop from the repair shop where he left it in Delaware. Nadler didn’t object to this.

Game on. The contents of the laptop that 51 “intel specialists” deemed “Russian disinformation” aren’t going away any time soon.