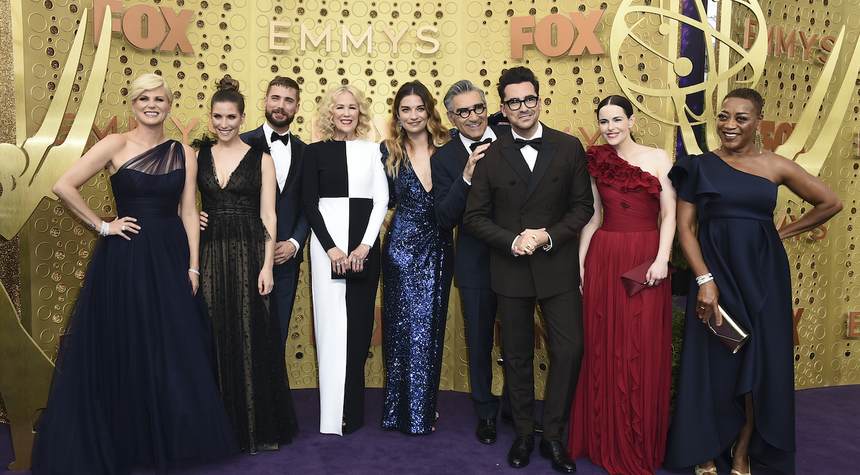 After the outrage over the maskless Emmy Awards Show production from the unwashed masses watching at home, CNN correspondent Oliver Darcy performed a random act of journalism. Darcy reached out to the Los Angeles Department of Public Health to ask why the glitterati were allowed to break Los Angeles County COVID-19 protocols, which require masks for indoor events at all times, and especially for large-scale events. The entire night showed television stars parading around on the Red Carpet without masks, and definitely not socially distanced, while the volunteers and staff had to be masked up and in the background.

New: LA County Department of Public Health tells me that the mask-less Emmys were not in violation of the county's mask mandate because "exceptions are made for film, television, and music productions” since “additional safety modifications” are made for such events. pic.twitter.com/6S105zYjbJ

A County’s Health Officer order requires everyone to wear a mask indoors, whether vaccinated or unvaccinated. However, exceptions are made for film, television, and music productions, as additional safety modifications are made for these controlled interactions. The Emmy Award Show is a television production and persons appearing on the show are considered performers.

No, sh*t, Sherlock. They’re preaching to the choir.

Governor Gavin Newsom designated the entertainment industry as set apart during last year’s COVID lockdowns and curfews. All entertainment production was deemed “essential“, so even though others were required to shut their business and disrupt their working life a second time, the bread and circuses bunch were able to continue their important work of churning out another garbage series for the latest streaming service.

Reed Hastings, owner of garbage streaming service Netflix, poured $3 million into Newsom’s fight against the Recall. The Walt Disney Company, Warner Bros., Steven Spielberg, and a host of others also contributed to the Stop the Republican Recall coffers. Newsom handsomely rewarded the industry by signing into law a bill authorizing $660 million of production credits in order to encourage and increase production within the state.