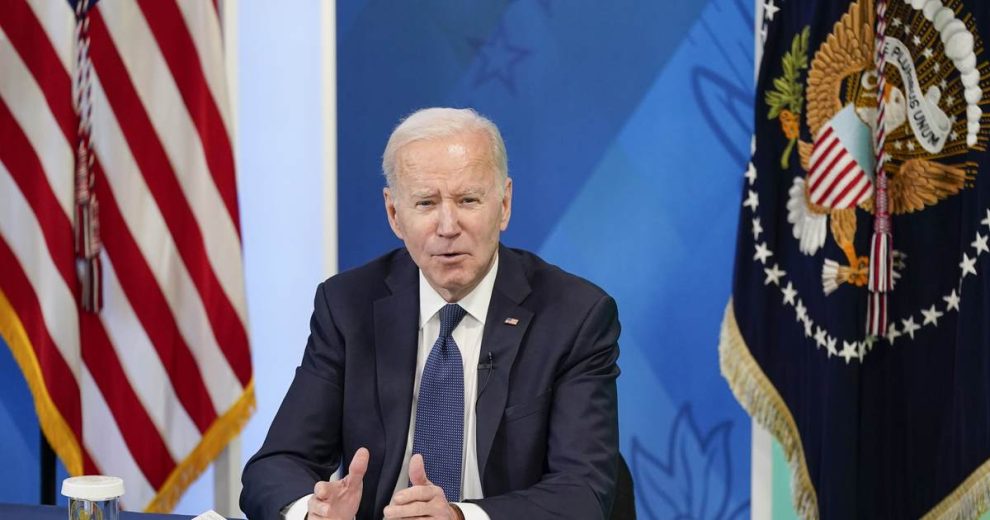 Mark Zandi, the chief economist at Moody’s Analytics and author of a model that ties politics and economics together, has some words of wisdom for Joe Biden and the Democrats.

“Behavioral economics reveals that people hate inflation more than they love a low unemployment rate. And the pandemic still colors everything. People have been through the wringer.”

That “transient inflation” (that Biden officials and sycophants on the Federal Reserve talked about for months before it became too ludicrous to mention) along with high fuel costs, shortages, and the gnawing realization that the president of the United States may be in cognitive decline have all contributed to a narrative that Joe Biden is finding harder and harder to change.

“There are still things we can do and arguments we can make, but frankly it would have been better had Vladimir Putin not invaded Ukraine,” the aide said. The White House did not immediately respond to requests for comment.

Inflation was rapidly rising long before the war suddenly sent energy and food prices spiking even more and injected new volatility into global markets that were previously celebrating the end to the worst of the pandemic. Still, other indicators were trending the administration’s way.

Austan Goolsbee, one of the major architects of the Barack Obama “recovery” from the Great Recession, is looking for the pony in the manure pile. He thinks he found it.

“Supply chain pressures really may ease up. And the virus, which was way worse than expected, has been the primary driver of everything. And if we are in fact going to get out from under the grip of the virus, that should reverse some of the sourness that is now in all the polling and consumer surveys.”

America has already moved beyond the virus. It’s pathetic to believe anyone in the United States not in a big city or under a blue state government thinks that Americans care about COVID-19 as a political issue — except to punish Democrats for imposing what we now know were mostly unnecessary and harmful restrictions on citizens.

“With energy and consumer prices on the rise, 69 percent consider the national economy to be in poor condition,” Marjorie Connelly, a senior fellow in public affairs and media research at the NORC Center, said in a note. “Fifty-five percent say they don’t blame … Biden for high gasoline prices, but 65 percent disapprove of how he is handling the economy. Americans are more likely to think his policies have done more to hurt the national economy than to help it.”

In the next few months, Republicans will try to make Joe Biden the primary issue in the campaign. While conventional wisdom dictates that congressional races are driven by local politics and local issues, this is one instance where making Biden the face of failure on the economy will bring about a landslide GOP victory and a red wave that will swamp Democrats and give Republicans decisive majorities in Congress.