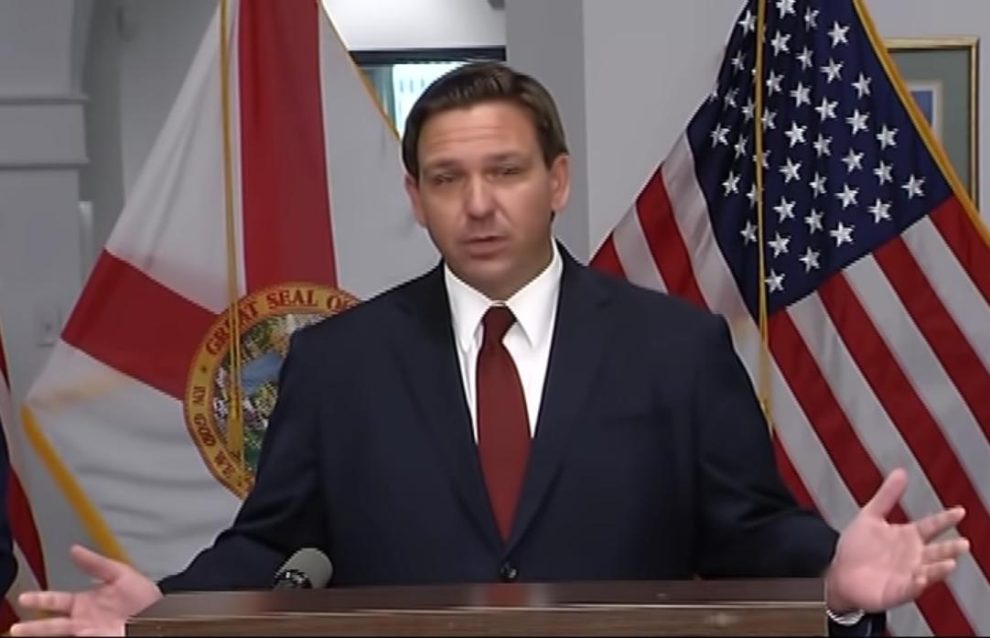 The current issue du semaine involves the state of Florida passing legislation to strip the Walt Disney Company of the special governmental set-asides it has enjoyed for generations. There are valid positions to be made on both sides of this issue. Initially, I have some reservations about this; it is not an automatic comfort with the direct action being taken in this kind of swift manner, but the more I reflect on the matter, it seems to be a case approaching inevitability.

On the left, we see many taking the side that this is a direct violation of free speech, and that Disney should not be punished for speaking its mind as a corporation. Yet, this is a touch on the melodramatic side, as Disney is not being curtailed from public statements. But there is certainly an amount of glossing over realities in this debate. It is not as simple as a company innocently leveling an opinion and catching reprisals.

The company has elected to enter the public arena on the Florida parental rights law, focusing on the component that addresses the content that is offered to the youngest students, and pledging to fight and assist in getting the law repealed. To put it bluntly: Disney wants to take up action against a law that has no direct impact on its operations. Nothing in HR-1557 had any involvement in the operations of Disney, yet CEO Bob Chapek has promised to take up the fight.

The amusement that Ron DeSantis has committed a grave offense is belied by a recent angry rant we saw from Abigail Disney, one of the scions of the House Of Mouse empire. The heiress gave a lengthy tirade where she scorched the GOP politicians and called out for an end to cozy business agreements between her company and the state. Now, as DeSantis follows through with her emotional proposal, somehow he is seen as in the wrong.

In response, Ron DeSantis and the Florida legislature passed new legislation that sees the sunsetting of the Reedy Creek Improvement District, a provision from the 1960s that granted Disney autonomy in its 40-square-mile district, allowing it free rein to construct and operate as it sees fit for its theme park needs. It is estimated this could end up costing the company upwards of $200 million.

The bafflement comes from those voices expressing outrage at the temerity of DeSantis to enact this move against a business — as if this has not already been the common practice from those on the left. Colorado’s governor Jared Polis gave a presser where he boldly invited Disney and Twitter to his state, over DeSantis’ comments. His ignorance was on full display, as he clearly was unaware that Twitter already has a headquarters in Boulder, but he also is unaware that his business-friendly message was stunted by his own state’s history.

Recall the perpetual legal battles of Masterpiece Cake Shop, in Lakewood, Colorado, when that business was forced into compliance with serving gay wedding events against its religious policy. In similar fashion, businesses across the country faced similar mandates. There was the Memories Pizza controversy, as well as a New Mexico wedding photographer, a Washington florist, a Kentucky clothing company, and surely others. In all of these cases, a business was targeted by laws and legal action to alter its standards and practices.

DeSantis is doing no such thing in regards to Disney. His response is to hostile action by a corporation targeting legislation, and in response, the state government is removing a provision the company has been granted. This leads to peals of outrage that First Amendment rights are being violated. This is not the case. Disney is not being halted from speaking out, nor is there a direction on them to alter its business operations, like in the cases above.

It also places leftists and members of the media in the awkward position – for them – of defending a version of corporate welfare. But in reality, they also ignore that the First Amendment, while allowing freedom of expression, does not mean you are free from experiencing the ramifications of your words. Disney is not being forced into silence, nor compelled to change its practices. The company chose to enter a political fight; it is in no way protected from being hit.

As for examples of the government actually working to silence free speech, we need only look back to when a news organization was targeted, and independent reporters were routinely placed under governmental surveillance for their work – by then-President Barack Obama.

While I think the move by DeSantis and the state legislature should have been more vetted before the rush to pass the new legal standard, placing it on the same mantle as prior business challenges to the First Amendment is an exaggeration. Cutting off government benefits falls a bit short of coerced business activity and outright silencing of journalism outlets.

What has the left and the media in a furor is a governor resorting to the methods they have supported for the better part of the decade. It was fine for them to target businesses into forced compliance with an agenda, so now the blueprint is in place for dealing with woke corporations that are attempting to leverage their own agendas. The method used may be uncomfortable, but the design that has been accepted requires such reactions.