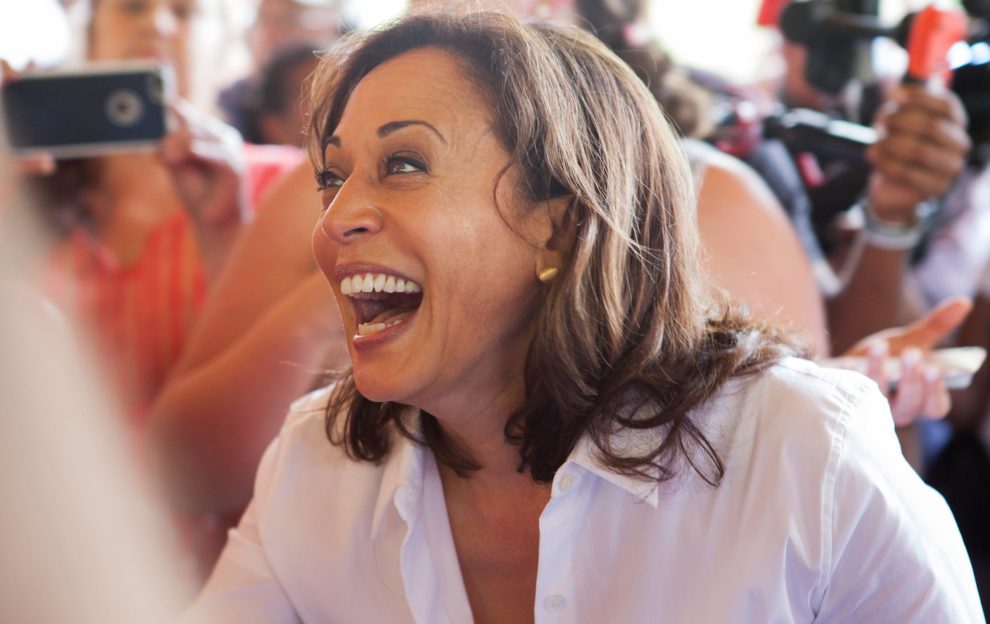 It’s no secret that the Democratic Party has an enormous problem.

It has a president who is widely unpopular, even within the party itself, and a backup in Vice President Harris who polls even worse. Go further down the list of well-known Democrat politicians—from California Gov. Gavin Newsom (of French Laundry fame) to Illinois Gov. J.B. Pritzker (presiding over one of the largest state-population outflows) to Michigan Gov. Gretchen Whitmer (who scores badly with likely voters in her own state)—and none is believed to have a good chance of succeeding President Biden in the next election.

Republicans, on the other hand, have at least a half-dozen prominent names who, if nominated for president in 2024, would be considered a formidable candidate. There is Florida Gov. Ron DeSantis, of course, but also Sen. Ted Cruz of Texas, former South Carolina Gov. Nikki Haley, Sen. Tim Scott of South Carolina, and others. And much-maligned former President Donald Trump remains a credible nominee, especially if the economy and southern border continue to deteriorate.

It is perhaps natural that pundits on both sides of the aisle are debating how Democrats can best play their bad hand. Should Biden resign to give others a chance to more openly launch their campaigns? If so, should he do it be before or after the midterms? And what does the party do if Harris won’t go quietly?

Yet, it strikes me that a far more interesting and important question has been largely overlooked, namely, “How could this have happened?” How, in other words, could one of America’s two great political parties find itself without at least one candidate to whom seasoned observers would give decent odds of being elected the country’s next leader?

It certainly cannot be true that the modern Democratic Party is wanting for ambitious people with the combination of intelligence, resources, and charm needed to win a national election. For if, as surveys suggest, America’s most successful and well-educated people have become increasingly liberal in recent years, Democrats’ pool of potentially attractive candidates should be even bigger than the Republicans’.

Neither can it be said that Democrats have been caught by surprise, only now realizing the need to groom more viable candidates. As far back as 2016, the party had to allow an independent socialist, Vermont Sen. Bernie Sanders, to compete in its presidential primaries, in part because it lacked a serious challenger to Hillary. Joe Biden himself got the Democratic nomination four years later, not because of any welling enthusiasm among the rank-and-file, but because party kingmakers like Rep. Jim Clyburn of South Carolina knew that the only real alternative (Sanders again) was a guaranteed loser in the general election.

If the mainstream media have any explanation for the lack of a more electable Democratic bench, it is that the centrist candidates who could win a national election have been kept off the political ladder by primary threats from the far left of the base. In the words of a July 13 Washington Post analysis by David Brady and Bruce Cain, progressives have been relentless in “dragging their party to left of the median voter.”

But outside those precincts dominated by universities and urban cores, are aspiring moderates really being scared away by a progressive fringe that has never represented more than 8 percent of the electorate? In times past, Jack Kennedy, Bill Clinton, and other successful Democrats not only fended off far-left primary challengers with much larger followings, but welcomed these contests as an opportunity to strengthen their respective appeals to swing voters in the subsequent general elections.

Indeed, the logical explanation for today’s lack of a credible Democratic bench is that such a cohort does exist but is deliberately keeping out of sight. In other words, its members have made the strategic decision to temporarily avoid the national spotlight and instead build reputations for managerial competence on issues unlikely to attract much controversy.

Colorado Gov. Jared Polis, who defied liberals on unpopular Covid restrictions, could easily be in this group. As could Kentucky Gov. Andy Beshear, who currently enjoys 59 percent approval in a red state. Rhode Island Gov. Dan McKee also comes to mind. Democratic CEOs like Starbuck’s Howard Schultz may also be planning a run.

Assuming that a more attractive lineup of Democrat presidential aspirants is in fact quietly biding its time, their shared desire to pass on the 2024 election is not hard to understand. Over the years their party has become so dependent on teachers unions, green philanthropists, open-border sympathizers, urban community activists, and other factions whose agendas seem to be on a collision course with the average American voter, that any declared candidate automatically puts himself in a no-win situation.

Fail to promise these interests unwavering support, and their leaders deny candidates the money and resources they need to win. Or give in to their demands and risk alienating the much larger electorate, which more and more connects the country’s problems to both the public subsidy and legislative support of unaccountable, Democratic-leaning elites.

Under such circumstances, it is hardly surprising that potentially attractive Democratic candidates would step back, temporarily ceding party leadership to a progressive second string whose only real skill is providing declining institutions with a thin veneer of pseudo-legitimacy. Just as Bill Clinton did before 1992, these secret contenders must wait on the opportunity to cleverly triangulate between a definitive public rejection of progressive factions and some inevitable blunder on the right. Which, although these quiet contenders can never admit it, first requires a remedial Republican drubbing of their own party.

Only future history can prove any of this, of course, but its logic does put an unexpectedly optimistic spin on the Democrats’ current lineup. The fact that those currently vying to be President Biden’s immediate successor appear to have learned nothing from his failure—blaming his age and not his policies—suggests not only a Republican victory in 2024, but perhaps a welcome rightish turn in parts of the political left.