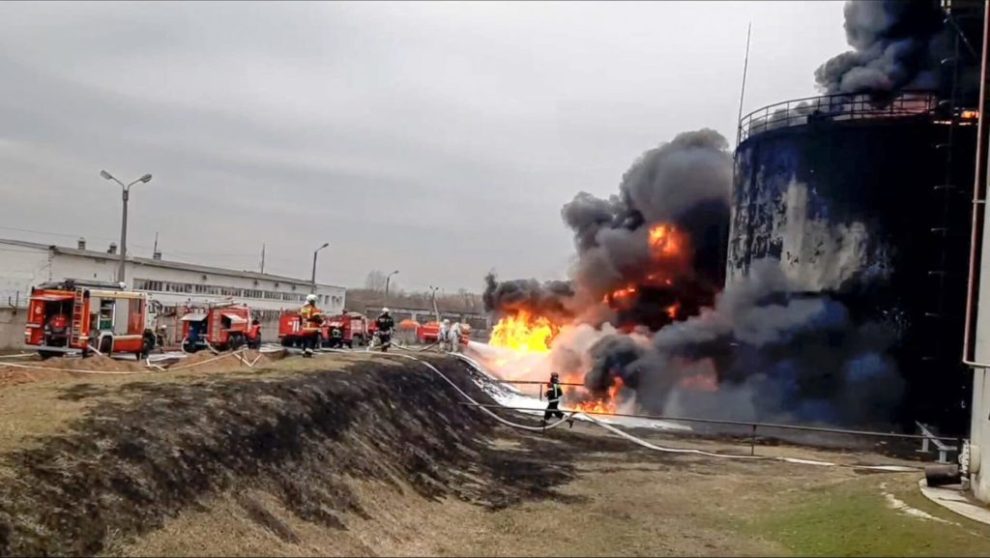 The CIA has been using a European NATO country’s intelligence services to conduct sabotage attacks inside Russia since the February invasion of Ukraine, investigative journalist Jack Murphy reported on Saturday, citing unnamed former US intelligence and military officials.

The report said that no US personnel are on the ground in Russia but that the operations are being directed by the CIA. The US is using an ally’s intelligence services to add an extra layer of plausible deniability, and a former US special operations official told Murphy that layer was a major factor in President Biden signing off on the attacks.

Murphy said he didn’t name the NATO country whose intelligence services were being used in the report because “doing so might endanger the operational security of cells that are still operational inside of Russia.”

The report appeared on Murphy’s personal website, and in a note at the end of the piece, he explained why it wasn’t published by a media outlet. “While working with editors at mainstream publications I was asked to do things that were illegal and unethical in one instance, and in another instance I felt that a senior CIA official was able to edit my article by making off the record statements, before he leaked a story to The New York Times to undermine this piece,” he wrote.

According to the report, the covert campaign inside Russia has been years in the making. Two former military officials said that the NATO country’s spy services had hidden a cache of explosives and equipment in Russia more than a decade ago, and some of the gear has been used recently.

A former US special operations official and US person briefed on the campaign said that the CIA didn’t get involved with the NATO country’s operations inside Russia until 2014. The first time sleeper cells entered Russia that were directed by both the CIA and the NATO ally’s spy service was in 2016, and more entered the country in the following years.

The NATO ally provided the undercover operatives with stories to explain their presence in Russia and documents to back them up. The report said that around the time Russia invaded Ukraine on February 24, the NATO ally’s spy service activated its sleeper cells inside Russia using covert communication, and they were ready for orders on what targets to strike.

It’s not clear how many attacks the sleeper cells have been responsible for, but there has been a series of mysterious explosions at Russian military facilities, powerplants, and railways since the invasion. The report suggested that the saboteurs could have been behind an April fire at the research institute of Russia’s Aerospace Defense Forces, which killed over 20 people.

The sabotage operations that the CIA is overseeing require a presidential finding. President Obama signed a finding before he left office that allowed covert action against Russia over allegations that Moscow interfered in the 2016 election, a claim that has never been proven.

Certainly plausible, given the number of strategic objects that have gone boom in Russia since Feb. 24… https://t.co/JvGQRivZcT

According to The Washington Post, Obama’s finding allows “planting cyberweapons in Russia’s infrastructure, the digital equivalent of bombs that could be detonated if the United States found itself in an escalating exchange with Moscow.” Murphy cited a former CIA official who said the finding also allowed sabotage operations against Russia, although other former officials he spoke with said the current operations would have required an amendment or an entirely new finding.

A CIA spokesperson denied the allegations made in the report, but Murphy pointed out that the spy agency can legally deny the existence of its covert operations.

In his note at the end of the report, Murphy said that he published the story to inform the public:

“Indeed, the Russian government knows perfectly well who is sponsoring these sabotage strikes. Moreover, the intelligence community wants them to know. The only party left in the dark is the public at large, left unaware of the shadow war taking place behind the scenes,” he wrote.

The CIA is using a European NATO ally’s spy service to conduct a covert sabotage campaign inside Russia under the agency’s direction, according to former U.S. intelligence and military officials.

Murphy said that the article “went through a vigorous fact-checking process, and was deemed newsworthy as the strategic bombings of Laos and Cambodia or the CIA’s secret drone campaign in Pakistan.”