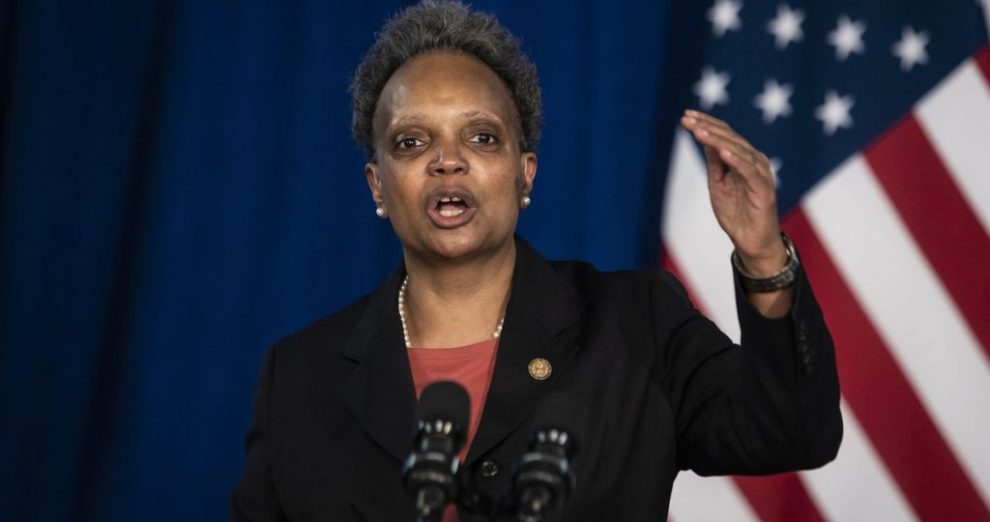 Crime has gotten so bad in the city of Chicago, that the Chicago Bears are talking about moving to the suburbs.

Mayor Lori Lightfoot is trying to keep the move from happening by enticing the team with upgrades to their stadium, but so far it’s not working.

At what point will the people of Chicago reach their breaking point?

The Chicago Bears have rejected Mayor Lightfoot’s billion-dollar offer to improve their home stadium and are determined to relocate to a calmer, less crime-ridden area, the City of Chicago announced in a Tuesday press release.

Chicago Mayor Lori Lightfoot offered an incentive with a value of up to $2.2 billion in renovations to the Soldier Field stadium in hopes of convincing the Bears to stay in the city, according to the release.

The upgrades included installing structures in both end-zones that support an enclosed domed roof over the stadium, adding additional seating to accommodate an extra 8,500 fans and quadrupling the venue’s food and beverage square footage.

The Bears dismissed Lightfoot’s upgrades to Soldier Field and made it clear that the only location for their new home turf would be in the city’s calmer suburbs, the team said in a statement reported by the Daily Herald.

Chicago Mayor Lori Lightfoot unveiled plans for Soldier Field that could cost up to $2.2 billion as part of her ongoing campaign to keep the Bears from skipping town for Arlington Heights or at least deflect blame if the venerable sports team leaves.

The political leadership is so bad in Chicago, that even the Chicago Bears are leaving. What more do you need to know? pic.twitter.com/1TweGsE4vu

It’s over. Lori Lightfoot is out of touch with reality. The NFL is a license to print money. She couldn’t protect the people of her own city so the people with money are leaving.

Lori Lightfoot is a horrible mayor and this will be part of her legacy.