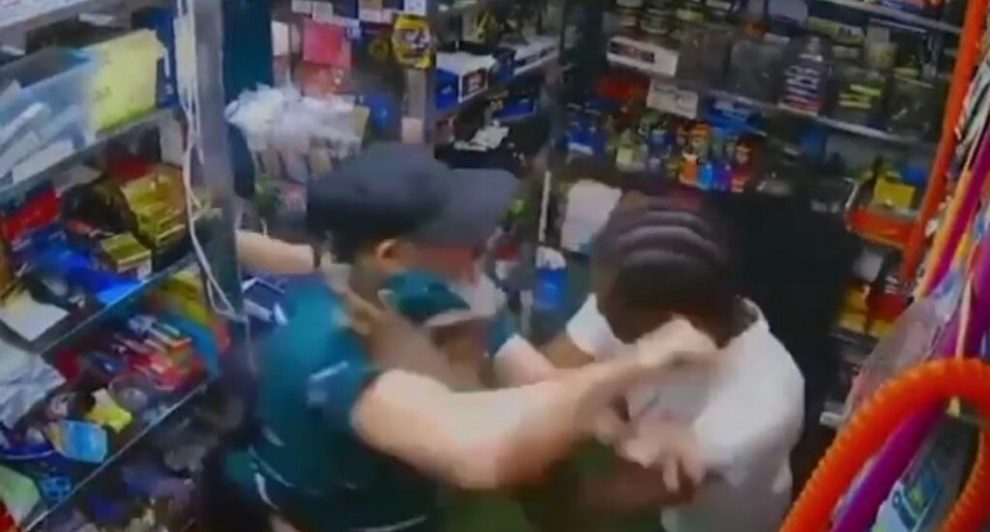 Things are so bad in New York that the bodega worker wrongfully charged with murder in a self-defense case is taking off to the Dominican Republic.

Jose Alba was thrown into Rikers Island jail after he stabbed his attacker several times in self-defense.

Jennifer Sigall, the Assistant DA under Alvin Bragg said the prosecutor’s office could “not prove beyond a reasonable doubt that the defendant was not justified in his use of deadly physical force.”

The murder charge was ultimately dropped and now Alba is taking off to the Dominican Republic for refuge.

The bodega clerk who was infamously charged with murder for fatally stabbing an assailant has had it with the crime-ridden Big Apple and is returning to the Dominican Republic, pals told The Post on Friday.

“He doesn’t work here anymore. He’s getting ready to move out of the country,” the manager of the Blue Moon convenience store, where the grisly Manhattan stabbing happened July 1, said of Jose Alba, 61.

The store manager, who declined to identify himself, said Alba is headed to Santiago, a city in the Dominican Republic where the former worker is originally from.

“He doesn’t come [to the store anymore], but we go visit him at home from time to time,” the manager said.

Alba is still trying to process what happened to him, including being charged with murder in the self-defense slaying and then finally having the rap dropped amid widespread outcry, said Francisco Marte, the head of a bodega association that has been helping the worker.

“He is taking a hiatus right now,” Marte said. “He went upstate to get away from everything” before he heads to the DR.

Alba fatally stabbed Austin Simon, 35, a career criminal who violently attacked him behind the counter a couple weeks ago.

According to reports, Austin Simon’s girlfriend got into an argument with Alba after her EBT card was declined when she tried to purchase a bag of chips.

The disgruntled woman then left the bodega, ran home and returned with her boyfriend – and that’s when the confrontation escalated.

According to Alba’s defense lawyer, the 32-year-old woman took a knife out of her purse and stabbed the bodega worker in the shoulder, the New York Post reported.

She is not facing charges for stabbing Jose Alba – But Jose Alba was charged with second-degree murder for fatally stabbing Austin Simon – AFTER the assailants stabbed him and violently attacked him.

61-year-old bodega worker Jose Alba was attacked by an enraged career criminal, Austin Simon, who went behind the counter and choked him over a bag of chips. Alba defended himself, and Simon died. DA Alvin Bragg has charged him with murder. pic.twitter.com/FIfL1O1q7X