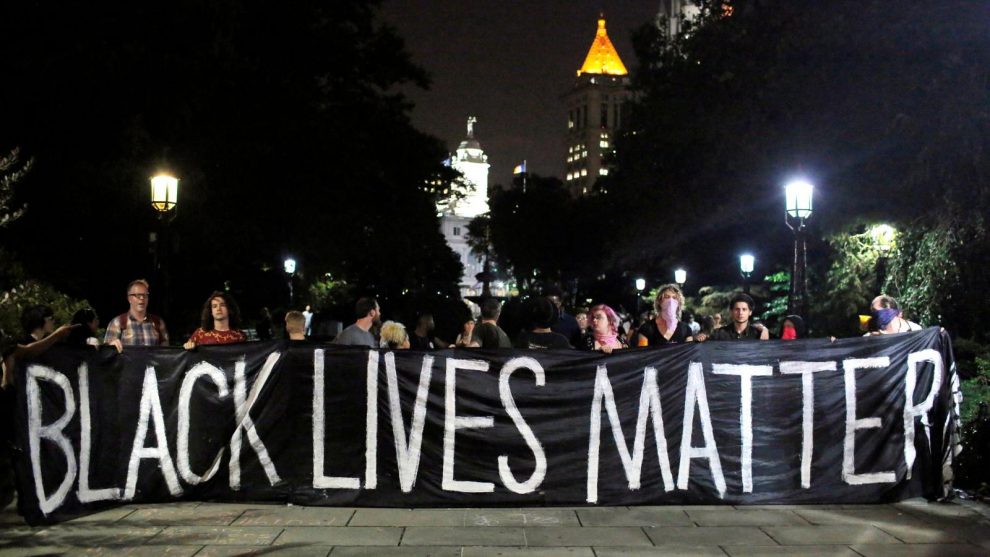 For at least a year, the biggest page on Facebook purporting to be part of the Black Lives Matter movement was a scam with ties to a middle-aged white man in Australia, a review of the page and associated accounts and websites conducted by CNN shows.

The page, titled simply “Black Lives Matter,” had almost 700,000 followers on Facebook, more than twice as many as the official Black Lives Matter page. It was tied to online fundraisers that brought in at least $100,000 that supposedly went to Black Lives Matter causes in the U.S. At least some of the money, however, was transferred to Australian bank accounts, CNN has learned.

Fundraising campaigns associated with the Facebook page were suspended by PayPal and Patreon after CNN contacted each of the companies for comment. Donorbox and Classy had already removed the campaigns.

The discovery raises new questions about the integrity of Facebook’s platform and the content hosted there. In the run-up to Facebook CEO Mark Zuckerberg’s testimony before Congress this week, Facebook has announced plans to make the people running large pages verify their identity and location. But it’s not clear that the change would affect this page: Facebook has not said what information about page owners it will disclose to the public — and, presented with CNN’s findings, Facebook initially said the page didn’t violate its “Community Standards.”

Only after almost a week of emails and calls between CNN and Facebook about this story did Facebook suspend the page, and then only because it had suspended a user account that administrated the page.

The discovery also raises questions about Facebook’s commitment to change, and to policing its platform, even in the midst of its PR offensive leading up to Zuckerberg’s testimony. Not for the first time, Facebook took action against a major bad actor on its site not on its own but because journalists made inquiries.

The Facebook page was — separate from Facebook’s suspension of it — apparently taken down by a person who administrated the page shortly after CNN contacted one of the Australian men who may be associated with it. “Black Lives Matter” appears to have been set up some time in 2016.

The people behind the page also ran a hugely popular Facebook Group also titled “Black Lives Matter.” With almost 40,000 members, it appears to be the biggest group on the platform professing to be supporting Black Lives Matter. Facebook Groups are similar to traditional discussion forums, and unlike pages, people normally need to request to join.

The page consistently linked to websites tied to Ian Mackay, a National Union of Workers official in Australia. The union represents thousands of workers across various industries.

A spokesperson for the National Union of Workers said Tuesday that it has suspended Mackay and one other official while it investigates the situation.

The union “is not involved in and has not authorized any activities with reference to claims made in CNN’s story,” National Secretary Tim Kennedy said in a statement.

Mackay has registered dozens of websites, many on issues tied to black rights. In April 2015, Mackay registered blackpowerfist.com. Mackay’s name, email address, phone number and other details appeared in the registration records for the site until July 2015, when the website enabled a feature that allows site owners to hide their identities and contact information.

The Facebook page continually drove traffic to websites associated with blackpowerfist.com, which was eventually turned into a Reddit-like discussion forum. One of the websites included blacklivesmatter.media, for which Mackay is listed as the administrative and technical contact in at least one archived internet record.

A few days after Mackay registered blackpowerfist.com, an anonymous Facebook profile under the name “BP Parker” shared a link to the website. This same profile was an administrator of the “Black Lives Matter” Facebook page until the page was suspended, a Facebook spokesperson has told CNN.

Another anonymous account, under the name “Steve Parks,” linked to another site first registered by Mackay — again, just a few days after internet records indicate he registered it.

As recently as last month, both BP Parker and Steve Parks were listed as administrators on the Black Lives Matter Facebook group tied to the Facebook page.

The people behind the websites and the Facebook page also encouraged people to donate through various online fundraising platforms, including Donorbox.

“Our mission is to raise awareness about racism, bigotry, police brutality and hate crimes by exposing through social media locally and internationally stories that mainstream media don’t,” a message on the group’s Donorbox page read.

“We have built a following through hard work, dedication and the generosity of supporters like you that pitch in a what they can to help us promote or share our page and also pay to boost the stories the mainstream media try to suppress through paid ads,” it added.

Facebook did not comment when asked if ads were purchased to boost the page on its platform.

Another fundraiser removed by Donorbox, which the company confirmed was run by the same people, billed itself as an “Education And Training Portal Sponsorship Fund” that promised “online courses that educate people about the struggle of civil rights leaders and activists.”

A source familiar with some of the payments processed said at least one of the accounts was tied to an Australian IP address and bank account. At least one fundraising account was tied to Ian Mackay by name, according to the source.

Another source also familiar with some of the payments processed told CNN that the group had raised around $100,000 that they were aware of. The source also said the fundraisers were linked to Australia.

Both sources spoke on the condition of anonymity because their companies’ policies prohibit the sharing of some information about fundraisers.

The websites associated with the group are currently registered using common features that keep the identity and contact information for the people behind the website private.

CNN reached out to Mackay last month to ask about his involvement with the “Black Lives Matter,” Facebook page. He denied running it. “I once bought the domain name only and sold it,” he told CNN when asked about a Black Lives Matter website that was once registered to his name.

Within a few hours, the Facebook page had been deactivated.

It wasn’t the first time the Facebook page changed after Mackay was asked about his involvement in it.

In December, after a freelance investigator, Jeremy Massler, who was the first person to publicly note Mackay’s apparent links to the page, wrote a blog post about Mackay, the page was taken down for a brief period before re-emerging.

Massler reached out to CNN about the Facebook page following CNN’s reporting on fake Black Lives Matter pages run by a Russian government-linked troll group. Massler pointed CNN to the internet records for websites linked to by the page.

After an investigation of its own, CNN presented its findings to Facebook last week. Despite CNN outlining the page’s links to fundraising accounts that had by then been suspended on other platforms, Facebook initially said its investigation into the page “didn’t show anything that violated our Community Standards.”

On Monday morning, Facebook disabled the BP Parker profile for violating its community standards. The company disabled the page as a result, a spokesperson told CNN.

The campaign’s accounts on Donorbox, PayPal, Classy, and Patreon have all been suspended.

Donorbox told CNN in an email, “This is an organization that we banned months ago. They signed up as the operator of a popular FB page and a BLM social news platform.”

“We banned the account after a couple of donors complained that they thought they donated to the grassroots organization.”

The company added that most of the donations came from people clicking links on Facebook and on websites run by the people behind the campaign.

PayPal and Donorbox would not specify how much money was raised using their platforms. Patreon said only $194 was raised through their site.

Classy said that the campaign did not make it through its final approval process and no money raised was transferred to the people behind the campaign.

Mackay did not provide answers to multiple questions from CNN about his apparent links to the scheme. “My domain name buying and selling is a personal hobby,” he told CNN.

He declined multiple opportunities to clarify his role. “What is the point in speaking to you given that you are going to run your story either way,” he wrote in one message to CNN.

Cullors said she found CNN’s findings disturbing. She said fake fundraisers diminish the real work the movement does. “We rely on donors who believe in our work and our cause and that money will be used in a way that is respectful,” Cullors said.

“It’s important to remember the movement was organic and no organizations started the protests that spread across the country,” DeRay Mckesson, a prominent black activist, told CNN. “The consequences of that is it hasn’t been easy to think about authenticity in the digital space.” 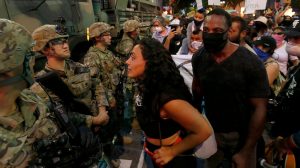 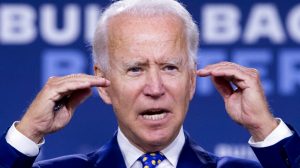 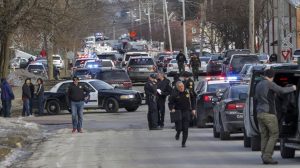 Chicago Police: Group Of Kids As Young As 10 Are On Carjacking Rampage