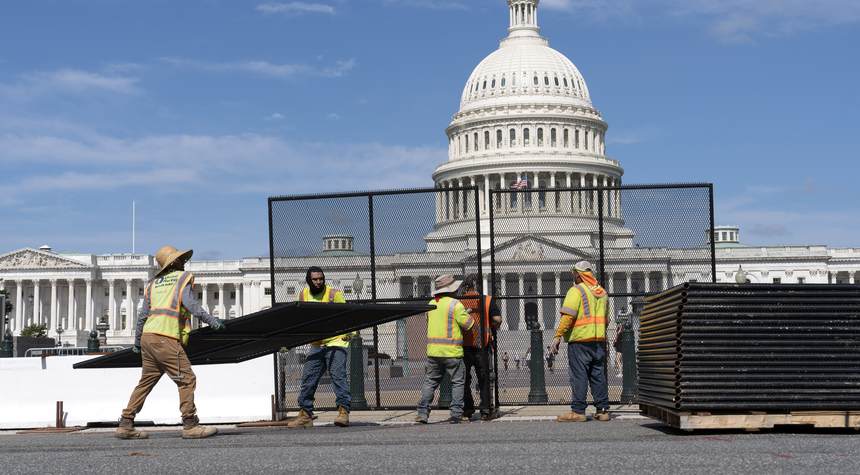 I spent the weekend in Texas with family. I was completely tuned out of anything political (other than maybe a few retweets that amused me). I was vaguely aware that there was something that was supposed to be happening in Washington D.C., but I couldn’t tell you if you asked me what or when it was.

Spending a lot of time on social media, following a lot of these stories, I was able to piece together somewhere in the back of my mind I knew a protest was coming up, but had no idea it was this weekend. As it turns out, the supporters of the January 6 “patriots” who rioted at the Capitol had no idea it was this weekend, either, because they didn’t show.

I hold no love for the people who were at the Capitol on January 6, and I know I’ve made that clear. But I also have repeatedly said the media and the Democrats are far too focused on that day because they have nothing of actual political substance to run on in 2022. Their legislative agenda is completely tanked. Their leader is a bumbling old man, shuffling off stage so he can’t take questions. Their Vice President is nowhere to be seen. And one of the most visible legislators in their party screams about class inequity when she’s not photographed and videoed in high-profile high society events.

In the run-up to Saturday’s non-event, the national press gave the demonstrators with threatening auras so much coverage you would think al Qaeda was planning a civic demonstration. Law enforcement didn’t help, either, with a planned massive presence, a fence, and undercover agents preparing to infiltrate the crowd.

As writer Drew Holden pointed out in a well-documented thread on the subject, the media built up Saturday to be a massive domestic terror opportunity in the making.

And it was nothing. A couple dozen people, maybe? I think there were way more journalists and law enforcement personnel there than there were demonstrators. And the standard-bearer of Responsible Journalism still thinks it was very important.

Even though it was a dud, "Small crowd at Capitol protest" is still the lead story on Sunday's WaPo front page. Why? Because, as the story's lead says, it was "the most anticipated visit by right-wing activists to the nation's capital since a mob stormed the U.S. Capitol on 1/6."

The fact that the event was a “dud,” as Stelter himself points out, means that the event was the “most anticipated visit by right-wing activists” by anyone other than journalists. They were the only people who wanted to see coverage of the event. The very online Left was ready to tweet about how dangerous this band of right-wing lunatics is to our nation. They were the only ones expecting this to turn into anything.