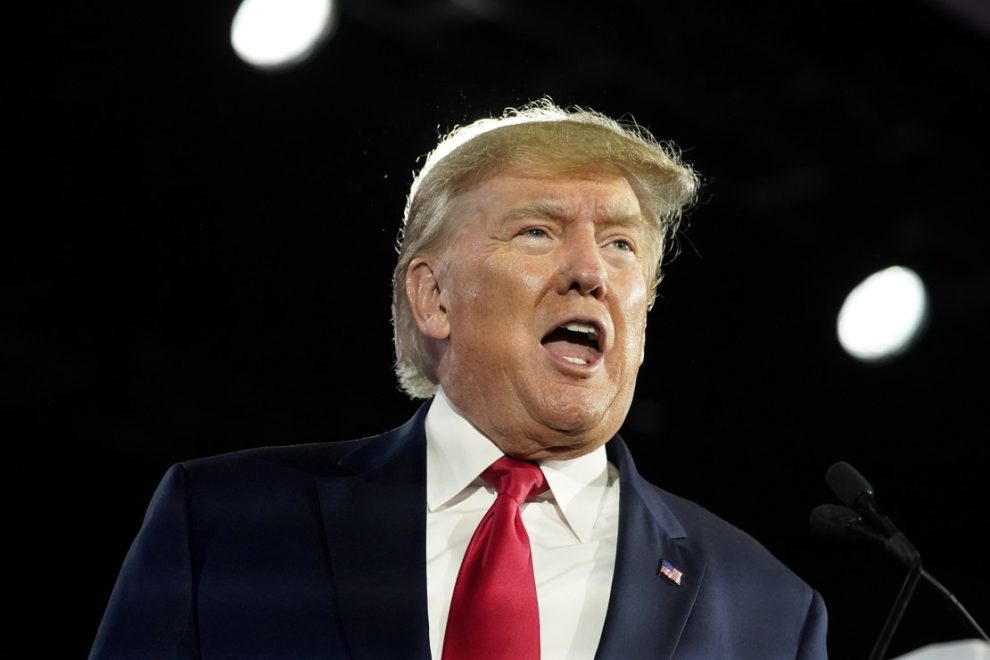 The warrant used by the FBI to raid Donald Trump’s home was released on Friday.

In yet another laughable, hypocritical shift by the mainstream media, they demanded the former president release the warrant for two days, asserting that not doing so would signal his guilt. Trump did just that, giving it to Breitbart to publish, at which point wailing and gnashing of teeth commenced because it wasn’t redacted. You know, because it’s Trump’s job to do that for the government who could have just released it themselves.

In other words, everything is stupid because everything centers on getting the bad orange man. There are no rules that won’t be bent or broken to accomplish that end, and the FBI itself is no different in following that philosophy.

That leads me to the big problem with the government’s explanation for the warrant: It’s way too broad.

So the warrant was for literally every record produced during Trump’s 4-year term of office.

Andrew McCarthy wrote a piece that expands on that idea in more detail, and it’s worth the read. Here is the money shot that really exposes what’s going on with some added emphasis to make things pop.

Where things get really, shall we say, elastic is subsection (c). It permits the seizure of “any government and/or Presidential Records created” throughout the four years of Trump’s presidency.

Plainly, this has nothing to do with classified information. It is mainly designed to use the criminal law — the search warrant, an intrusive tactic for retrieving evidence of crimes — to enforce the Presidential Records Act, which is not a criminal statute.

Can DOJ get away with this? Perhaps. Section 2071 is very broad, targeting anyone who “removes” or “destroys” “any” government record. If you are wondering how this did not apply to Hillary Clinton’s removal of tens of thousands of government-related emails and willful destruction of tens of thousands of others, you are not alone. In any event, Rule 41 of the Federal Rules of Criminal Procedure permits the seizure not only of evidence of a crime but also of “items illegally possessed.” It seems clear from the context that this phrase is meant to apply to items derived from criminal activity. Literally, though, it is clearly broader than that.

Since Congress did not choose to attach criminal penalties to violations of the Presidential Records Act, what we see here amounts to the Justice Department fashioning a new crime for Donald Trump. This is not my idea of the even-handed enforcement of the law — no partisan discrimination — that Attorney General Merrick Garland insisted he pursues in his remarks on Thursday. But there will be plenty of time to discuss that.

The insinuation here isn’t hard to figure out. The government misused the Presidential Records Act, reinterpreting it as a criminal statute so that they could have a blank check to raid Trump’s home. That means the warrant allowed for the confiscation of absolutely anything related to Trump’s presidency, and the breadth of what was seized went far beyond just the excuse of needing to protect classified information (which the former president had the power to declassify).

So what were they really after? I offered some speculation on that shortly after the raid became public.

Which only underscores how out of bounds the entire raid was. The justification is so paper-thin that it’s only logical to assume the FBI had other motives, and given the DOJ’s obvious coordination with the January 6th committee, wouldn’t that seem likely?

That’s gotta be what this is, right? AG Merrick Garland has been shamelessly coordinating raids and seizures for months now with the January 6th committee. We saw it with the raid of Jeff Clark’s home and the recent taking of phones from GOP members of Congress. Liz Cheney and company say jump, and the DOJ asks how high.

In this case, it just makes no sense that the government was so super-concerned about Trump having classified documents that they waited 18 months to go get them. Instead, it sure looks like the floundering January 6th committee has found nothing (as I’ve said many times) and is now using the DOJ to try to fish for more “evidence” of an organized coup.

The question is how far the DOJ is willing to take this. They are now targeting Trump under the same statute they let Hillary Clinton walk free on. Are they brazen enough to try to charge the former president criminally for something the FBI has already said no reasonable prosecutor would pursue? Or was this just a shameless political attack meant to try to bolster the January 6th committee? Or was it both?

It’ll take some time to figure that out, but the longer the DOJ doesn’t bring charges, the more it looks like they simply abused the criminal justice system to try to dig up dirt on Joe Biden’s most likely 2024 opponent. That’s a level of corruption that can’t be tolerated, and no matter what Republican wins the White House next, they must dismantle these agencies.