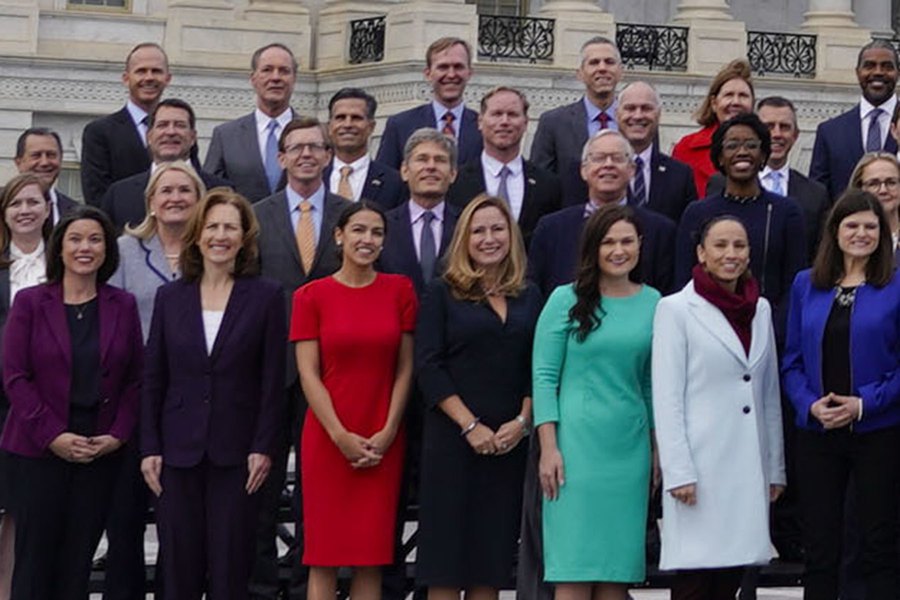 Every single member of the Democrat conference in the House of Representatives who voted on Wednesday went on the record backing House Speaker Nancy Pelosi’s extraordinary move earlier this week to open an impeachment inquiry via press conference, effectively confirming it is the sense of all 231 of them who voted with Pelosi that they intend to support impeaching President Donald Trump.

“The battle lines are drawn,” a senior House GOP aide directly involved in the effort to expose Democrats on the floor with recorded votes told Breitbart News on Wednesday evening. “We now know where every member of the House is on impeachment. And we know it is purely partisan.”

While the procedures are slightly D.C. insider-sounding, this vote, forced by House Minority Leader Kevin McCarthy, represents the first time the lower Chamber of Congress has officially gone on record with regard to the impeachment of Trump, and it forces vulnerable Democrats who were waffling on whether to publicly back removal of the president from office by force on the record in support of the radical leftist wing of the party.

Trump Says He Will Back Specific Relief Measures Hours After Halting Talks Donald Trump Transferring to Walter Reed Hospital ‘Out of an Abundance of Caution’ Trump Expected To Carry Out Duties ‘Without Disruption,’ His Doctor Says

“Democrats were caught off guard by this,” the GOP aide said. “They were not ready to go on the record. ”

Pelosi announced on Tuesday late afternoon that the House is conducting an impeachment inquiry of the president, a move she made via press conference. Traditionally, when considering impeachment of an executive branch official, up to and including the president of the United States, the House of Representatives will vote to formally open proceedings. It has done this three times in recent history.

But, because Pelosi attempted to shield vulnerable Democrat members from battleground districts, she did not–as House Judiciary Committee ranking member Rep. Doug Collins (R-GA) has pointed out repeatedly–hold a formal vote to open the proceedings officially.

There are no real impeachment proceedings ongoing because the House hasn’t voted to authorize them—and the speaker can’t launch an inquiry by fiat.

The House should pass legislation that helps the American people instead of trying to sell an impeachment fiction to the public. pic.twitter.com/V0uS6kWkB8

Speaker Pelosi’s decree changes absolutely nothing. As I have been telling Chairman Nadler for weeks, merely claiming the House is conducting an impeachment inquiry doesn’t make it so. Until the full House votes to authorize an inquiry, nobody is conducting a formal inquiry.

So, on Wednesday, McCarthy, the House Minority Leader, drafted a resolution formally condemning the way in which Pelosi launched the impeachment inquiry.

The text of the resolution that McCarthy introduced is as follows:

Whereas at a press conference on September 24, 2019, Speaker of the House Nancy Pelosi stated: “Therefore today, I’m announcing the House of Representatives is moving forward with an official impeachment inquiry.”

Whereas House Practice states that: “Under the modern practice, an impeachment is normally instituted by the House by the adoption of a resolution calling for a committee investigation of charges against the officer in question.”

Whereas in the past 25 years, the House of Representatives has moved forward with impeachment against a federal officer three times, each initiated by an impeachment inquiry resolution approved by the full House, not by a unilateral decree of the Speaker.

Whereas on May 12, 2009, the House approved H. Res. 424, authorizing and directing the Committee on the Judiciary to inquire whether the House should impeach Samuel B. Kent, a judge of the United States District Court for the Southern District of Texas.

Whereas on January 13, 2009, the House approved H. Res. 15, authorizing and directing the Committee on the Judiciary to inquire whether the House should impeach G. Thomas Porteous, a judge of the United States District Court for the Eastern District of Louisiana.

Whereas on October 8, 1998, the House approved H. Res. 581, authorizing and directing the Committee on the Judiciary to investigate whether sufficient grounds exist for the impeachment of William Jefferson Clinton, President of the United States.

Whereas the Committee Report to accompany H. Res. 581 stated: “Because the issue of impeachment is of such overwhelming importance, the Committee decided that it must receive authorization from the full House before proceeding on any further course of action.”

Whereas the Speaker’s extraordinary decision to move forward with an impeachment inquiry without any debate or vote on such a resolution by the full House undermines the voting privileges afforded to each Member and the constituents they represent.

Whereas this unprecedented and politically motivated decision by Speaker Pelosi represents an abuse of power and brings discredit to the House of Representatives: Now, therefore, be it

Resolved: That the House of Representatives disapproves of the actions of the Speaker of the House, Mrs. Pelosi of California, to initiate an impeachment inquiry against the duly elected President of the United States, Donald J. Trump.

Since Democrats are in the majority, they control what votes happen on the floor. But as the GOP leader in the House of Representatives, even though he is in the minority, McCarthy has the ability–he is the only Republican with the ability–to force a vote on a privileged resolution almost immediately. So McCarthy did just that–he introduced the resolution as privileged and forced the full House of Representatives to vote on it on Wednesday evening:

Here is the text of the Rep. McCarthy (R-CA) @GOPLeader privileged resolution – pic.twitter.com/CMdedyGvgR

HAPPENING NOW→ I'm introducing a privileged resolution for the House to vote on.

"The House of Reps disapproves of the actions of Speaker Pelosi to initiate an impeachment inquiry against the duly elected President of the US, @realDonaldTrump."

Trump indicates he no longer has the coronavirus, says he is ‘immune’ As Trump Battles COVID, BLM/Antifa Disrupt Trump Rally in Beverly Hills Donald Trump Vs. ‘Sleepy Joe’ Biden

No Democrat in the House of Representatives now  claim it is not their intention to attempt to remove the duly elected president of the United States from office by force rather than by an election. They also cannot be ambivalent about it anymore. There is no more splitting hairs, no more supporting an “investigation” without backing impeachment, no more saying they need more facts to figure out what’s next. All the cards are on the table: Every Democrat in the House supports removing Trump from office and not waiting until November 2020 to have an election.

What’s more, in perhaps good news for Trump, he lost zero Republicans. The GOP is unified behind its president. Impeachment being partisan is an optics win for Trump, as it feeds his narrative that the Democrats are power-hungry and cannot beat him at the ballot box, so they are using extraordinary measures to attempt to seize the office by force.

“The Democrats can’t hide anymore,” a second senior GOP aide told Breitbart News. “Every last one of them now has the blood of this failed coup all over their hands. And America can see it.” 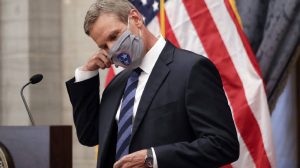 ‘No Limits’: Tennessee Governor Lifts All Coronavirus Restrictions On Businesses