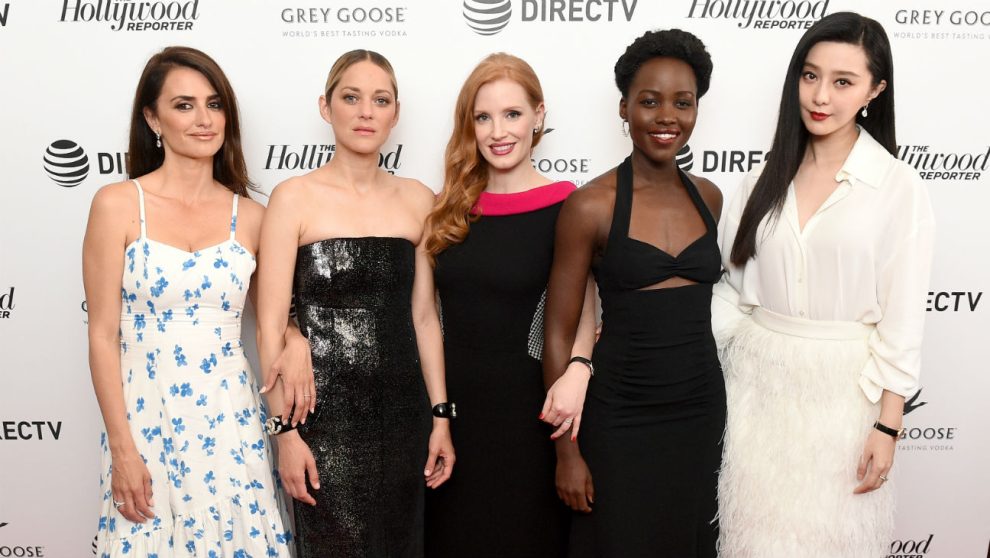 “Registering one of the worst-ever openings for a film its size… [the] globe-trotting spy movie The 355 is expected to make $4.3 million in its debut weekend,” reports Collider.

“Conservative estimates had put the film’s opening at between $5 million and $7 million, but this is a terrible result for a film playing in over 3,000 theaters and featuring the sort of cast that it does.”

Yeah, well, conservative estimates said $5 to $7 million in the hopes of spinning a $9 or $10 million opening a success.

Deadline accidentally points out the one big reason why this movie tanked. “The 355 seemed like a perfect title for Universal to acquire a domestic [opening of] $20M, the movie fitting in its theatrical slate, which is about diversity and representation.”

Oh, yeah, that’s why we go to the movies, for two hours of diversity and representation.

The 355 does deserve credit for not pulling a Ghostbusters, for coming up with an original franchise and not hijacking a male-driven one, but does a single second of this trailer make you want to go out in the cold, drive to a movie theater, and plunk down $40?

Who in the world is this movie made for?

The liars in the entertainment media will tell you, It’s about time we had a female-driven action movie! How long are we going to continue to buy into that con? Women have been kicking butt in movies for 50 years. Ask Pam Grier about that. The problem is that the whole idea of 85-pound women taking down 210-pound men is becoming a tired cliché, but nowhere near as tired as the propaganda that says this is something new.

On top of being nothing new, there’s also the fact that anyone eager to watch 85-pound women kicking 210-pound man-butt can watch that nonsense all day at home on dozens of lousy Netflix shows.

Who would want to spend two hours with five grim, joyless, smug women?

Most of all, where’s the sex?

You cast five beautiful women in a grab-ass spy movie and there’s not a single shot of T&A? Are you insane?

Plus, the whole vibe is stridently anti-male, so there goes half your audience.

Gee, remember when movies like this were fun and sexy and liked men and were desperate to entertain and went on to make $125 million?

The 355 will be lucky to clear $15 million — a movie that likely cost $60 million to produce and at least that amount to promote probably won’t clear $50 million worldwide.

Naturally, the godless liars and suck-ups in the entertainment media — even as Spider-Man: No Way Home racks up an astonishing $667 million domestic — are blaming this failure on the China Flu…

What does Hollywood think happened since Charlie’s Angels flopped? That basement-rated CNNLOL had succeeded in brainwashing enough of us into Woketards that this time something as sexless and humorless and antagonistic and clichéd as The 355 would make money?

I’m telling you right now that had The 355 offered one bikini shot it would have doubled its gross. If it had exuded anything close to a sense of fun, it could have been an actual franchise.

Dear Hollywood: There are enough uptight women in the real world. No one’s gonna pay money to see them on the big screen.