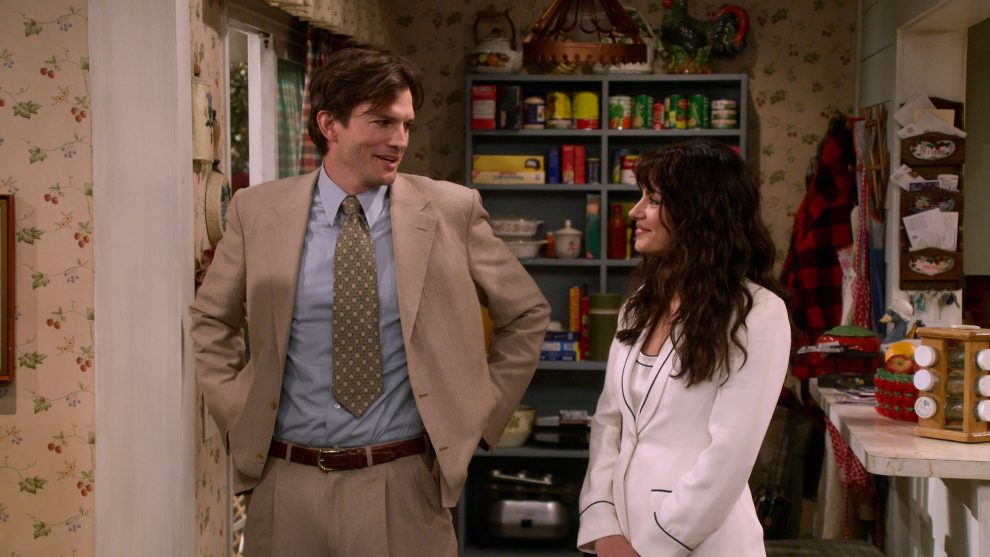 A few nights ago, my wife and did what most couples do after the day is done and the kids are finally asleep. Of course, I’m talking about laying in bed and watching television.

I leaned into my toxic masculinity, grabbed the remote, booted up Netflix, and started scrolling through the new releases. Lo and behold, there was “That ’90s Show,” apparently having just been released the day before. I had heard about the reboot of “That ’70s Show,” perhaps my second favorite sitcom of all time behind Seinfeld, but other than watching the trailer, I wasn’t sure what it had to offer.

Here’s a peek for those that haven’t seen it.

Ashton Kutcher and Mila Kunis cameoing as Kelso and Jackie on That '90s Show is the best thing to happen so far in 2023 pic.twitter.com/4XyNX9l7VF

Would I be let down by Hollywood again, or would this show seize the legacy of the original and deliver a worthy encore?

Obviously, that’s rhetorical given you’ve already read the headline so you know where this is going. Still, I’ll say that I really wanted to like “That ’90s Show,” and there are some funny moments. Unfortunately, it also encapsulates everything wrong with modern entertainment.

Unlike the original cast which fit the period and setting perfectly (remember, this is small town Wisconsin), every single diversity box is checked by the new cast members, with every current stereotype being fulfilled as well. There’s the strong black female who takes leadership of the group and is never the butt of a joke. There’s the strong Asian female who dominates her boyfriend. Then there’s the weak, naive white girl who has never kissed a boy. Together, they make up half of the new group.

But it’s the boys that really represent a missed opportunity. In the original show, you had Kelso, Steven, Eric, and Fez rounding out the group of teens. All of them had very unique personalities and qualities that added something to show. Kelso was the stupid, yet good-looking one, providing much of the comedic relief. Eric was the normal one just trying to figure things out while providing witty one-liners. Steven was that cool guy you knew in high school who had seen everything. Lastly, Fez was a foreign exchange student, with that fact being central to many of the jokes surrounding his character.

Who are the boys in the new show? The answer is two extremely dumb white guys (because white guys must always be idiots in modern entertainment) and a gay kid. Yes, they replaced Fez, with his accent, woman chasing, and suave styling, with an overweight dude with a boyfriend in Canada. Why? Because you simply can’t poke fun at someone being foreign anymore, and for a show to not have a gay character these days is a cardinal sin.

But for all the technical diversity of the new show, there’s almost none regarding who the characters are. There’s no Steven to play off of Kelso. There’s no Eric to bring levity to the group. It’s literally just two Kelso types, a gay kid, and three girl bosses.

Gone are the jokes about Fez’s accent or the plot lines about Steven’s mother abandoning him. That kind of varied writing has all been replaced by what could easily be mistaken for a low-budget Disney production. It feels like you are watching “Even Stevens” with more sexual references. I saw someone comment that it’s “Hannah Montana” humor, and that’s a perfect description.

Again, that’s not to say there aren’t funny moments, most driven by cameos from the old cast members. But the show is so shoehorned into modern, stereotypical sensibilities that it misses many opportunities to be better than it is.

The new characters have zero depth. You don’t care about them the way you cared about Eric and Donna. Rather, they just exist as people to deliver punch lines, cut out of the same cloth Hollywood writing rooms insist on using over and over. Oh, all the white guys were really stupid again. So original.

And as to the presentation of nostalgia in the show, it’s nearly non-existent. Far from the multitude of period references present in the original, “That ’90s Show” feels like it is a caricature of what a Gen Zer thinks the 1990s was like. If you are looking for creativity in that area, look elsewhere.

All in all, I’m not saying to not watch it. As a late-night time suck, it may still fit the bill. But this was such a missed opportunity given how good the original show was. There was so much to build on, and instead of putting together something truly special, yet another beloved franchise has been diminished by writers unwilling to break the current mold.