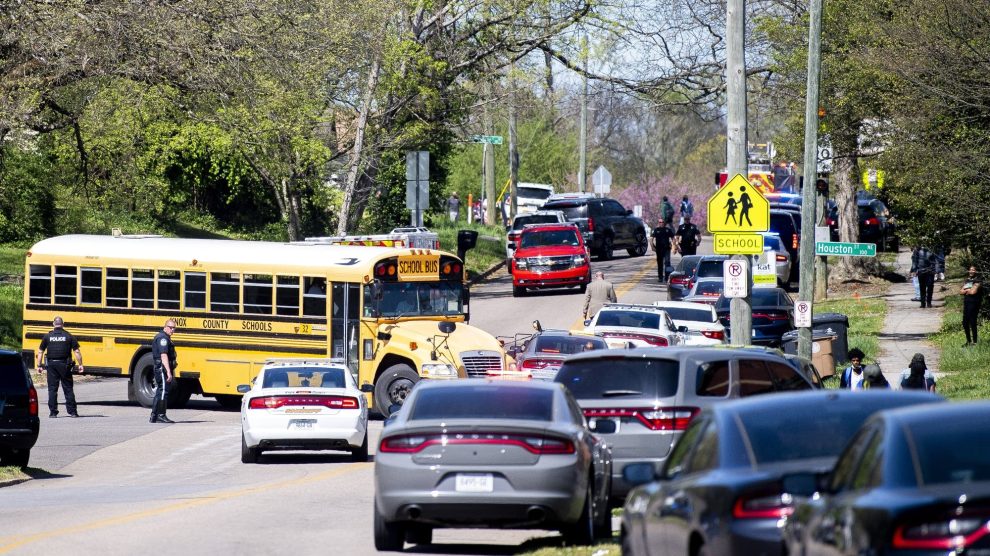 The shooter who killed 19 children and two teachers at Robb Elementary School in Uvalde, Texas, on Tuesday reportedly barricaded himself inside as police waited outside for 40 minutes.

According to people who were present at the scene, terrified parents were yelling at police officers to charge the school for 40 minutes until a Border Patrol team finally took him down.

Rep. Tony Gonzales (R-TX) told CNN the standoff occurred after shots had been fired, during which there was a lull in the action. He said:

And then (the shooting) stops, and he barricades himself in. That’s where there’s kind of a lull in the action.

All of it, I understand, lasted about an hour, but this is where there’s kind of a 30-minute lull. They feel as if they’ve got him barricaded in. The rest of the students in the school are now leaving.

Raul Ortiz, Chief of the U.S. Border Patrol, said police came up with a plan as quickly as they could. Officers reportedly had engaged the shooter before several members of the Border Patrol tactical team, a search and rescue responder, and a few other agents went in after the gunman.

“They didn’t hesitate. They came up with a plan. They entered that classroom and they took care of the situation as quickly as they possibly could,” Ortiz outlined.

Parents still expressed frustration with the time that passed before the shooter went down. Some even proposed rushing into the school before the police.

“Let’s just rush in because the cops aren’t doing anything like they are supposed to,” said Javier Cazares, whose 4th-grade daughter died in the attack. “More could have been done.”

“They were unprepared,” he added.

The timeline of events shows that the shooter had run into the school with his AR-15 rifle after crashing his truck into a ditch outside. He then shot at two people outside a funeral home nearby (both were uninjured) and shot at two police officers who were arriving on the scene. They were both injured.

The shooter then charged into one classroom and committed the massacre before barricading himself inside.

All those killed were reportedly in the same classroom.

“The bottom line is law enforcement was there,” said Department of Public Safety Director Steve McCraw. “They did engage immediately. They did contain (Ramos) in the classroom.”

Juan Carranza, who witnessed the event, believed police should have charged sooner. “There were more of them. There was just one of him,” he said.