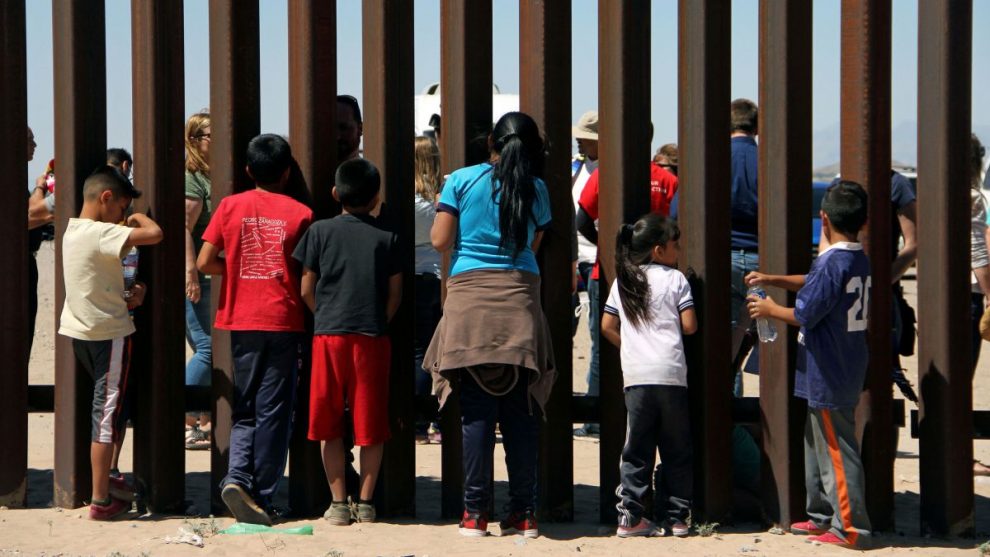 In preparation for the expiration of Title 42 next week, the Texas Military Department announced Dec. 16 that it would be mobilizing members of the Texas National Guard to combat the impending surge of illegal immigrants at the border.

“These actions are part of a larger strategy to use every available tool to fight back against the record-breaking level of illegal immigration and transnational criminal activity,” the department advised in a statement.

In March 2020, the Centers for Disease Control and Prevention (CDC) invoked Title 42 at the onset of the COVID pandemic. The emergency order is set to expire on Dec. 21.

“The end of Title 42 could lead to a massive influx of illegal immigrants allowing criminals to exploit gaps while federal authorities are inundated with migrant processing,” the department added.

In preparation for that possibility, Col. Matt Groves, 136th Airlift Wing commander, said that 136th Airlift Wing C-130J cargo aircraft, air crews, support, and response airmen had been placed on standby, ready to assist the governor in whatever way he might require.

“State support is a key capability of the National Guard, and our Texas Citizen Airmen are trained and ready to respond to our citizens, whether in the aftermath of a hurricane, a pandemic, or any other crisis scenario,” Groves said.

Legal Challenges
In May, the Biden administration was blocked from ending Title 42 removals by a nationwide injunction issued by U.S. District Judge Robert Summerhays, an appointee of former President Donald Trump. That case has not yet been set for argument.

However, on Nov. 16, U.S. District Judge Emmet Sullivan—an appointee of former President Bill Clinton—gave the U.S. government five weeks to end the policy after ruling that it was “arbitrary and capricious” in violation of the Administrative Procedure Act.

“It is unreasonable for the CDC to assume that it can ignore the consequences of any actions it chooses to take in the pursuit of fulfilling its goals, particularly when those actions included the extraordinary decision to suspend the codified procedural and substantive rights of noncitizens seeking safe harbor,” Sullivan wrote in issuing the ruling.

The judge also found that the CDC had failed to provide an adequate explanation of why alternative prevention measures, like increased vaccinations and outdoor processing, were not feasible.

The ACLU, which led the legal challenge against Title 42 removals, praised the judge’s decision, describing the policy as “inhumane and driven purely by politics.”

On Dec. 7, the Department of Homeland Security (DHS) said that it planned to appeal the decision.

Bracing for Impact
According to a DHS report from earlier this year, the Biden administration estimates that there may be up to 18,000 border crossings a day after Title 42 is lifted.

And recent events have done little to alleviate that concern. On Monday, El Paso, Texas, experienced one of the largest single crossings that area has ever seen when more than 1,500 people illegally crossed into the city from Mexico.

Further, in October, an average of nearly 13,000 illegal immigrants per week were apprehended in El Paso.

Fearing an even greater surge may be on the horizon, Sens. John Cornyn (R-Texas) and Joe Manchin (D-W.Va.) and Reps. Tony Gonzalez and Henry Cuellar (D-Texas) urged Biden to extend the Title 42 policy in a Tuesday letter (pdf).

“We have a crisis at our southern border,” the legislators wrote. “Never before in our nation’s history have we experienced this scope and scale of illegal border crossings, and we remain concerned that your administration has not provided sufficient support or resources to the men and women of the Department of Homeland Security (DHS) who are tasked with maintaining border security.”

Noting that congressional negotiations to enact bipartisan legislation on the matter would take time, the lawmakers appealed to Biden to do “everything within [his] power” to extend the order in the interim.

“While admittedly imperfect, termination of the CDC’s Title 42 order at this time will result in a complete loss of operational control over the southern border, a profoundly negative impact on border communities, and significant suffering and fatalities among the migrants unlawfully entering the United States,” they added.