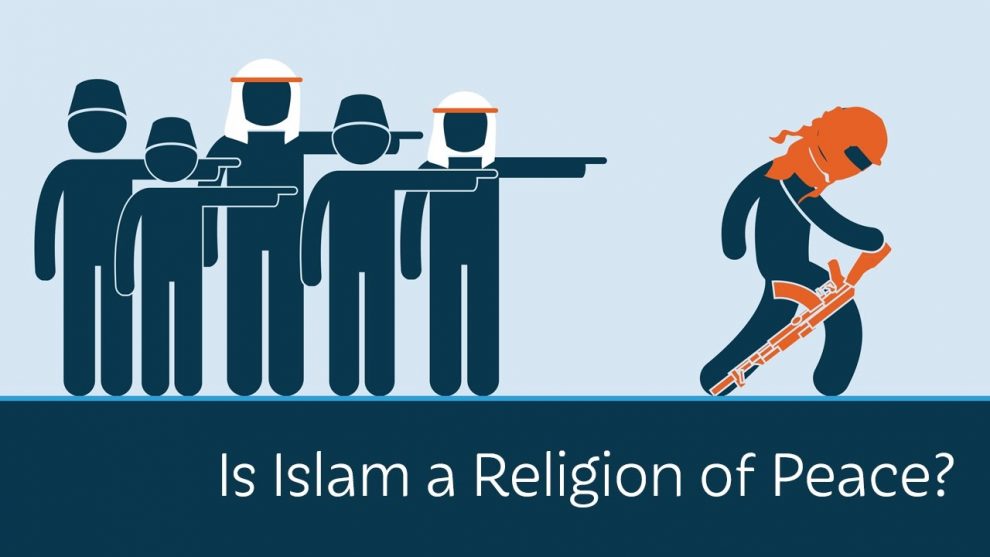 The European Court of Human Rights (ECHR), the international body tasked with ruling over the 47 member states of the Council of Europe, made a ruling this week that effectively criminalizes telling the truth about the Islamic faith by essentially affirming a ruling made by the Austrian courts against Elisabeth Sabaditsch-Wolff after she derided the prophet Muhammad’s for having a six-year-old child bride.

It was decided that Sabaditsch-Wolff’s comments “were likely to disturb the religious peace”so her freedom of speech had to be curtailed, to satisfy the desires of the third-world invaders prone to violence. These are the predictable end results of Europe’s embrace of diversity and acceptance of multiculturalism.

“A 56-year-old and a six-year-old? What do we call it, if it is not pedophilia?” she asked while giving her presentation to a small audience of about 30 people. According to the Koran, Mohammad was engaged to Aisha when she was six and waited until she was nine to consummate the marriage.

A fake news peddler at the event snitched to law enforcement, and Sabaditsch-Wolff was charged with “disparagement” as a result. After being initially found guilty in 2011, she was ordered to pay a 480-euro fine or be locked up for up to 60 days in jail. She decided to fight the unjust ruling with assistance from the European Center for Law and Justice (ECLJ).

“This was not about defending a right to the expression of blasphemous obscenities, but to preserve the faculty of telling the truth and denouncing the errors, even if that displeases,” the ECLJ stated in a press release about the case.

After waiting for many years, the European High Court did not even refer the appeal to the Grand Chamber for consideration. Her appeal was simply ignored and tossed aside by the unelected, unaccountable globalist bureaucrats. The ECLJ claims this sets a new precedent of forcing European states to ensure “the peaceful co‑existence of all religions and those not belonging to a religious group by ensuring mutual tolerance.”

“I see it as a shift towards multiculturalism, willing to sacrifice freedom of expression to the demands of the ‘living together’. Such a judgment renounces the ideal of truth-based justice and prefers to it the arbitrary one of tolerance’,” the ECLJ wrote in their summation of the decision made by the European Court, which they claim is persisting on a “liberticidal path.”

“In doing so, it is the judge who decides what can be said according to his own conception of the ‘living together’, and to his fear of the reactions of those who might feel offended by these remarks,” the ECLJ added.

The European High Court actually had the audacity to defend Mohammad’s wedding to the nine-year-old girl, making the twisted justification that, because he stayed with his child bride until after she was 18, his acts of pedophilia were somehow less wrong.

“The court concluded that the applicant had intended to wrongfully accuse Muhammad of having pedophilic tendencies. Even though criticizing child marriages was justifiable, she had accused a subject of religious worship of having a primary sexual interest in children’s bodies, which she had deduced from his marriage with a child, disregarding the notion that the marriage had continued until the Prophet’s death, when Aisha had already turned 18 and had therefore passed the age of puberty,” the ECHR stated.

The globalists will apparently even justify pedophilia in their blind push to create a multicultural Europe. Freedom of speech is not the only core principle under assault by these international interests and the third-world barbarians who they enable with their genocidal ideology.