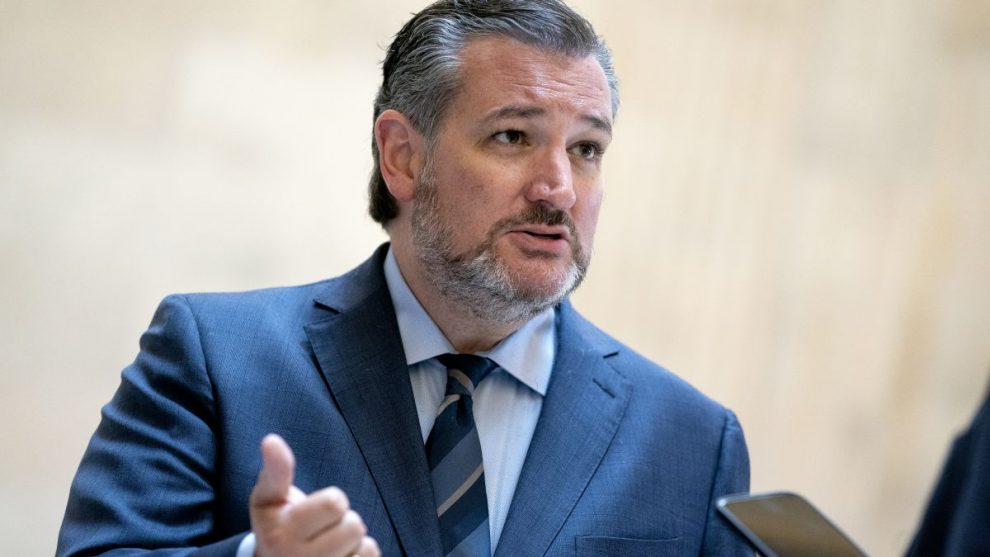 “We are approaching a solemn anniversary this week. And it is an anniversary of a violent terrorist attack on the Capitol, where we saw the men and women of law enforcement demonstrate incredible courage, incredible bravery, risk their lives for the Capitol,” Cruz said.

The Texas senator discussed the protests in an exchange with Capitol Police Chief Tom Manger during a Senate Rules Committee oversight hearing.

Cruz has defined the violent protests on Capitol Hill as terrorism before.

Just days after the 2021 protests, Cruz said, “We saw a terrorist attack on the United States Capitol. It was despicable. It was an assault on the citadel of democracy.”

In a May statement opposing a Senate committee to investigate the January 6 protests, Cruz referred to the event as “the January 6 terrorist attack on the Capitol.”

Cruz said a Senate committee to investigate the rioting was only “politically motivated” but supported the prosecution of violent Trump supporters who participated.

“Everyone who attacked the Capitol must be prosecuted to the fullest extent of the law and brought to justice,” he wrote.

See also  Biden Admin Cancels Massive Oil And Gas Lease Sale Amid Record-High Gas Prices
→ What are your thoughts? ←
Scroll down to leave a comment: