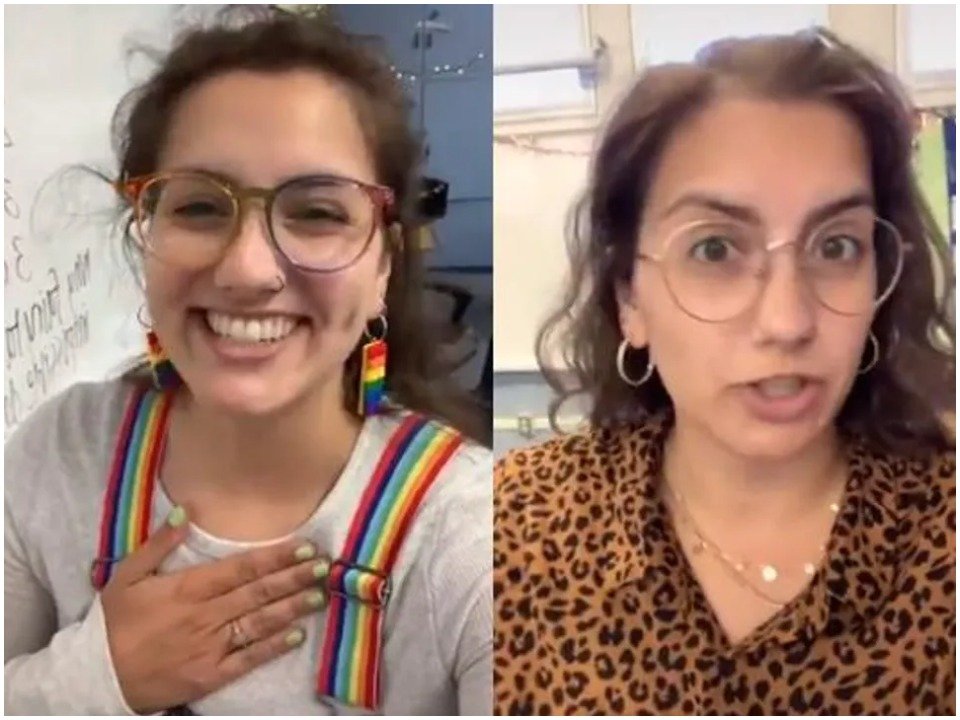 This is a strange thing to have to tell someone, but here’s some advice that could have saved Kristin Pitzen’s some problems: Social media reaches beyond California.

Given that’s the whole point of social media, it seems like an odd bit of knowledge to relay. Even when you have your account on Twitter or Facebook set to private, if you post something particularly cretinous, if it rubs one of your friends wrong and you’re in a position of authority, there’s a good chance that it’s going to go wide, with decided swiftness.

In this case, Pitzen apparently didn’t even try to hide it. When the teacher in Southern California’s Newport-Mesa Unified School District posted about what she thinks of the American flag in her classroom on TikTok (there isn’t one), it was entirely public.

While she didn’t identify herself on her account, it didn’t take long for her identity to be sussed out. Her opinion might play well in Southern California. It probably doesn’t do so well when exported outside of the Golden State, however.

Here’s a brief summary about what she said regarding Ol’ Glory: She doesn’t have it in her classroom because she “lost” it, but if her students want to say the Pledge of Allegiance they can say it to the LGBT rainbow flag.

According to the U.K. Daily Mail, the school district is now investigating Pitzen after the high school English teacher’s clip about the Pledge of Allegiance got attention this week.

“OK, so during third period, we have announcements and they do the Pledge of Allegiance,” Pitzen said at the beginning of the video.

“So my class decided to stand but not say the words — totally fine,” she said. “Except for the fact that my room does not have a flag.”

“It used to be there,” she said, pointing and laughing. She said that while the school was closed for the pandemic, she took it down — adding, in a stage whisper, that she did it “because it made me uncomfortable.”

“And I packed it away, and I don’t know where, and I haven’t found it yet,” she added, laughing in a way that indicated she wasn’t exactly looking for it — if, indeed, she had “lost” it in the first place.

When one of her students said it was “kinda weird that we stand and then we say it (the Pledge of Allegiance) to nothing. And I’m like, ‘Oh, well, I’ve got to find it, I’m working on it, I got you.’”

At this point, a laughing Pitzen makes it clear she had not intention of looking for the flag.

“In the meantime, I tell this kid, ‘We do have a flag in the class that you can pledge your allegiance to.’ And he like, looks around and goes, ‘Oh, that one?’”

She then points to the LGBT pride flag.

Teacher mocks the American Flag and suggests to students they can say the Pledge of Allegiance to the pride flag: pic.twitter.com/1QTS5xjPln

In a separate video, she showed off all of the flags she had collected and put around her classroom for Pride Month back in June, putting her hand over her heart and saying, “I pledge allegiance to the queers.”

She shows off all the pride flags in her classroom and says “I pledge allegiance to the queers” pic.twitter.com/eQXe1OfPoW

Even in the People’s Republic of California, this is a bit iffy — particularly given she teaches in Orange County, not known for being the bluest part of the state. But the social part of social media means people who don’t live in Pitzen’s bubble got to see it. Shocker of shockers, they thought the disrespect for the flag — as well as coercing a student to pledge allegiance to the LGBT flag — was appalling.

What’s so disturbing is that these people post this thinking no one will care — like she’s not doing something wrong.

Well, now the district is investigating her.

Parents: remember to have conversations with your kids about their teachers, what they teach and how they teach it. https://t.co/3wN1kppBGe

She should move to Afghanistan and strictly adhere to Sharia law. https://t.co/jvWz0yB71F

I’ve been reading about our fallen heroes all day, and then to see this…it made me weep. https://t.co/TaARsaWGHm

Even in inside California, conservatives — notably Richard Grenell, former President Donald Trump’s acting director of national intelligence — were outraged at the video.

What kind of parent would allow their child to be taught by this wacko?

Why are parents turning their kids over to someone they don’t know?

I’d like to talk to people who think this is good?!? https://t.co/VnNxeBWLjA

“What kind of parent would allow their child to be taught by this wacko? Why are parents turning their kids over to someone they don’t know? I’d like to talk to people who think this is good?!?” Grenell tweeted.

Apparently, the school district is talking to people, too.

“We are aware of this incident and are investigating,” Annette Franco, public relations officer for the district, told Fox News.

“While we do not discuss employee related matters, we can tell you that showing respect and honor for our nation’s flag is a value that we instill in our students and an expectation of our employees. We take matters like this seriously and will be taking action to address it.”

That doesn’t exactly sound like they were pledging allegiance to the queers.

From the early stage of the fallout, it seems like even Pitzen might be getting the idea that the video wasn’t such a great idea.

“The original TikTok has since been taken down – along with all of Pitzen’s social media accounts – but has been viewed on Twitter more than 1.2 million times,” the Daily Mail reported.

I know this might come as a surprise to some in California, but yes, many millions of Americans still do respect the American flag. Possibly not knowing anyone who feels like that, Pitzen decided to tell the world her feelings, and how she manipulates her students.

To her, itt was all a great big laugh — particularly the part where she had a student pledge allegiance to the LGBT flag. LOL, amirite?

Perhaps — if you’re a liberal social media influencer and not a teacher. Pitzen isn’t getting paid to have yuks with the American flag or coerce the students in her charge to pledge allegiance to her pet cause. Hopefully, once the investigation is complete, she won’t be getting paid with public money at all. 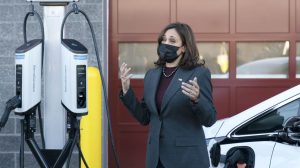