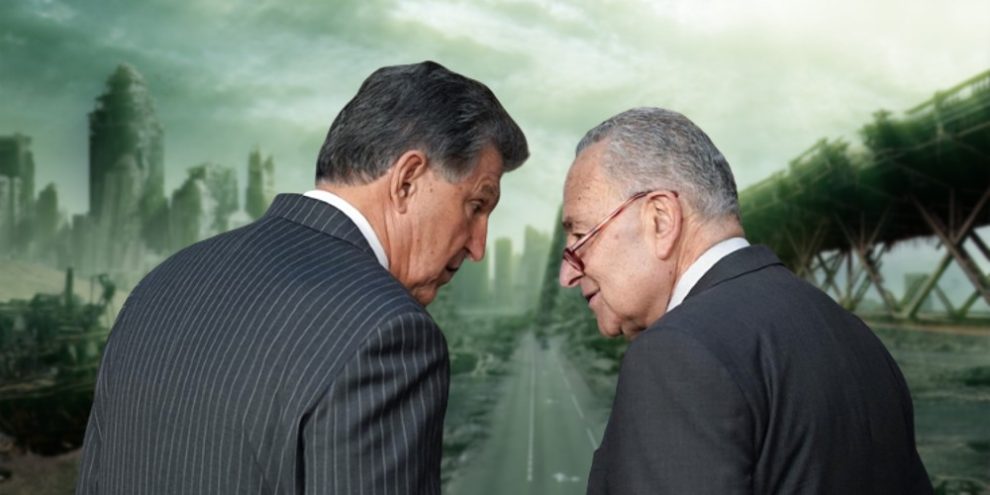 Americans for Tax Reform (ATR) has listed several taxes in in the so-called “Inflation Reduction Act” that passed the Senate on Sunday — which Democrats now hail as a “climate” bill, since the Congressional Budget Offices says it will hardly reduce inflation.

These taxes include taxes on fossil fuel, which will raise energy costs for working-class families, still struggling with high gas prices; taxes on businesses that will affect consumers and entrepreneurs; taxes on medicines; and taxes that affect pensions.

Notably, President Joe Biden promised that the bill will “bring down family energy bills by an average of $500 a year” and that he would not tax those earning less than $400,000 per year. ATR’s analysis suggests that he will violate both promises.

The full list, as published by ATR, is summarized below.

– Taxes on fossil fuels: These include a $6.5 billion tax on natural gas production; a “16.4 cents-per-barrel tax on crude oil and imported petroleum products”; and a $1.2 billion coal tax. All of these would likely raise energy costs for typical households.

-Taxes on corporations: The bill includes a 15% minimum tax on large corporations, which ATR argues will be passed onto consumers, and which will hit the manufacturing industry particularly hard as it is still struggling with supply chain problems.

-Taxes on medium-sized businesses: ATR says the bill extends a limit on loss deductions for “passthrough” businesses — S corporations and sole proprietorships — for two years, without extending a corresponding 20% deduction on income.

-Indirect tax on pensions through taxing stock buybacks: The bill taxes companies that buy their own stock back, ignoring the fact that doing so often raises the price of the stock. The tax therefore hurts 401(k) savings, and even union pension funds.

ATR also notes that the bill adds $80 billion, and 87,000 new staff members, to the Internal Revenue Service — and there is no guarantee that they will simply focus on wealthy tax evaders rather than auditing ordinary Americans with lower incomes.

The Congressional Budget Office has said the bill will likely have a negligible effect on inflation in the near future, despite its name. The bill passed the Senate on Sunday evening, and now heads to the Democrat-controlled House for likely passage.