A 14-year-old Canadian girl was sexually assaulted at a high school dance by a Syrian refugee classmate, who was allowed to return to class after a brief suspension, according to an investigation by Canadian news outlet The Rebel.

The alleged assault took place at Fredericton High School in New Brunswick. Speaking on condition of anonymity, the girl’s mother said two Syrian students attempted to grind with her daughter at the dance, before one of them began groping her breasts and forced his hand inside her underwear, touching her vagina.

Documents obtained by The Rebel in a freedom of information request show school officials discussing the alleged assault and subsequent fallout.

Robyn Allen, the school’s vice principal, admitted in an email to school employees that, “We’ve had a few incidents of inappropriate touching/sexual assault” with the foreign students and noted that working with a translator “helped us a lot in the spring.”

Another vice-principal, Elaine Kilfillen, worried that the alleged attacker “will become a target in our student population once the rumor mill gets going.” The girl’s mother claimed that school officials encouraged her daughter to understand the alleged attacker’s perspective and consider the effect her clothing may have had, according to The Rebel.

The alleged attacker, who denied any contact with the girl beyond just dancing, is reportedly back at school after being suspended for one week, while the girl is undergoing therapy in order to help cope with the incident, the girl’s mother said. 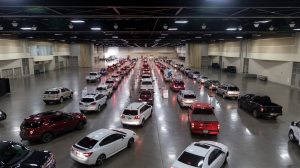 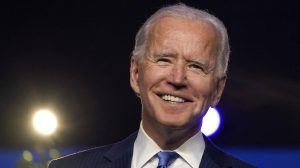 If Media Declare Biden Winner, He Intends to ‘Address Nation’ as ‘New Leader’

Adam Schiff Threatens To Defund Intel Community Unless Trump Whistleblower Details Disclosed
Muslim From Minneapolis Who Joined ISIS Wants To Return, Says He Should Be Forgiven