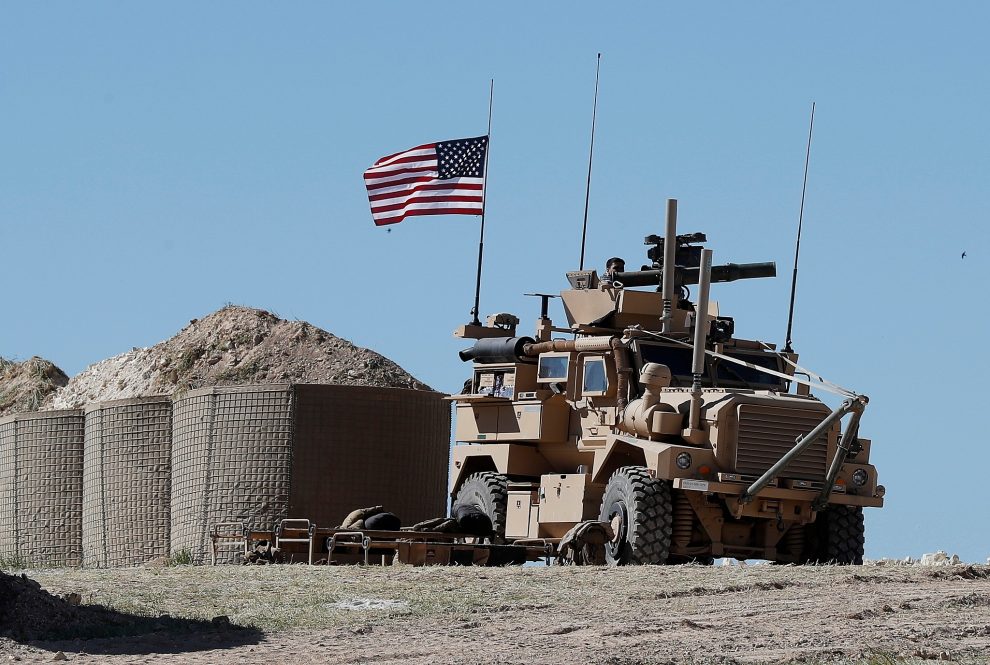 Syria’s envoy to the United Nations suggested that the United States offer Israel land that Washington actually had jurisdiction over rather than the occupied Golan Heights.

Bashar al-Jaafari, Syria’s permanent representative to the United Nations, made the remarks at a Security Council session organized Thursday at his country’s request in the wake of President Donald Trump’s decision to recognize Israeli sovereignty over the Golan Heights. He called the decision “null and void” and warned of “a serious and unprecedented delinquency in the current U.S. administration toward undermining international law and insulting the United Nations.”

“The Syrian Arab Golan is ours and will return to us,” Jaafari asserted, arguing the disputed land would not “be part of some damned and wicked deal, or a pawn to be exchanged for support in your electoral games,” which should instead concern “the territory of the American administration.”

“America is a wide and vast country, so why doesn’t it give up a state or two of the United States to the Israelis, for example, North Carolina or South Carolina?” Jaafari asked, as his Israeli counterpart, Danny Danon, laughed and shook his head. “South Carolina is nice, because it’s the land of Senator Lindsey Graham, who supported President Trump in his actions.”

Trump’s decision came two weeks after Graham visited the Golan Heights and called for the U.S. to recognize it as part of Israel. The president first hinted at the landmark policy decision in a tweet Friday as Secretary of State Mike Pompeo was in Israel to shore up ties with the White House’s closest ally. On Monday, Trump made it official during a visit from Israeli Prime Minister Benjamin Netanyahu, whose ruling, right-wing Likud party faces elections next month.

The move was widely condemned by world powers, many of whom cited U.N. resolutions that still consider the Golan Heights part of Syria after it was siezed by Israel during the 1967 Six-Day War and annexed without international recognition. The move was especially ill-received in the Middle East, where even close U.S. allies came out against the announcement.

The controversial step followed Trump’s decision in 2017 to recognize Jerusalem as the capital of Israel, dismissing rival Palestinian claims to the holy city and other U.N. resolutions deeming the city disputed and its eastern section occupied. Under Trump, the U.S. has also pulled out of such U.N. groups as the Human Rights Council and United Nations Educational, Scientific and Cultural Organization (UNESCO) over what he claimed were their biases against Israel.

In Syria, the U.S. and Israel joined Sunni Muslim powers such as Qatar, Saudi Arabia and Turkey in sponsoring a 2011 uprising countered by President Bashar al-Assad—who has been accused of war crimes—and militias suspected of receiving Iranian backing. As a U.S.-led coalition began to focus on battling the Islamic State militant group (ISIS) and Russia entered the battle on behalf of Assad, Israel gradually accelerated its campaign against positions said to be associated with Iran’s growing influence in the region.

Shortly before Jaafari spoke on Thursday, warplanes bombed the Sheikh Najjar area northeast of Aleppo. The official Syrian Arab News Agency cited a defense source as saying that the attack originated from Israel and that local air defenses managed to intercept some of the incoming missiles, which caused only limited material damage. Jaafari offered a similar account at U.N. headquarters.

The Syrian Observatory for Human Rights, a U.K.-based monitor tied to the Syrian opposition, reported at least seven members of the Iranian military, or the militias supportive of them, had been killed in the Israeli strikes. Israel has yet to claim responsibility for the attack, though Netanyahu and other Israeli officials have begun to more openly speak about their once-secret campaign in neighboring Syria.

In western Aleppo and across the neighboring province of Idlib, the final respite of the Islamist-led insurgency against Assad has seen new clashes as the opposition launched attacks, Syrian troops began shelling and Russia conducted strikes, all despite a deal brokered in September by Russia and Turkey, the last major opposition backer. Though Syria’s eight-year conflict has more recently been dominated by parallel offensives by pro-government and U.S.-led coalition campaigns against ISIS, recent tensions among militants, rebels and government forces in the northwest have produced continued to stoke the country’s deadly civil war.