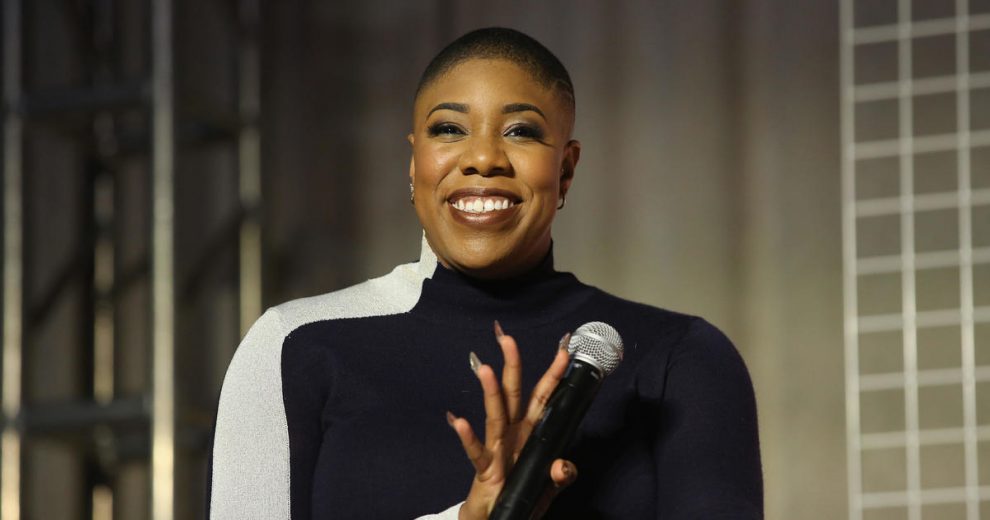 Sanders said, “All last week we heard through the Republican National Convention that you won’t be safe in Joe Biden’s America. You heard from a couple from a suburb in St. Louis that, you know, Joe Biden wants to abolish the suburbs. So today, we went to a suburb outside of Pittsburgh, right outside of Pittsburgh, that mirrors many of the suburbs throughout this country. Families who, yes, they’re concerned about safety. They want to be safe from COVID. They want to be able to send their children to school. They want to be safe, yes, from violence in communities, and they don’t want a president who is going to fan the flames of hate and encourage and help incite that violence.”

She continued, “We’re not going to take these lies lying down. Joe Biden went forcefully at President Trump today and the lies that the Trump campaign have spewed about the vice president, deeming that he’s not up to the job. I think anyone who saw Vice President Biden’s speech today heard two things. One, he unequivocally was clear about where he stands. He denounces and condemns the violence in this country, the violence from looters and rioters, but also the violence that is police brutality. He stands with communities in this country, but also the second thing is this — that Donald Trump wants to change the conversation. He doesn’t want us to talk about 180,000 Americans that have died from COVID-19. Nearly 1,000 Americans per day die from COVID in the month of August. He doesn’t want us to talk about while Joe Biden was vice president, violent crime was down 15%. In Donald Trump’s America, it’s up 26%. He doesn’t want us to talk about the fact children all across the country this week and throughout this month are having to go back to school, and there’s not a plan to keep them safe. If you want to ask, are you safe? The question is, are you safe in Donald Trump’s America? I think very clearly, we saw that the answer is no.”

She added, “We are on track to nearly 200,000 deaths. Those are deaths that did not have to happen, but to be clear, the reason folks are feeling this economic, this public health devastation, the reason we’re experiencing a crisis of racial reckoning in this country and climate crisis, is because the president does not have a plan. He has fanned the flames and incited violence in this country. He has abdicated his responsibility. He does not want to lead, but where he will not lead, Joe Biden is ready to step in, and that’s what this election is about.”