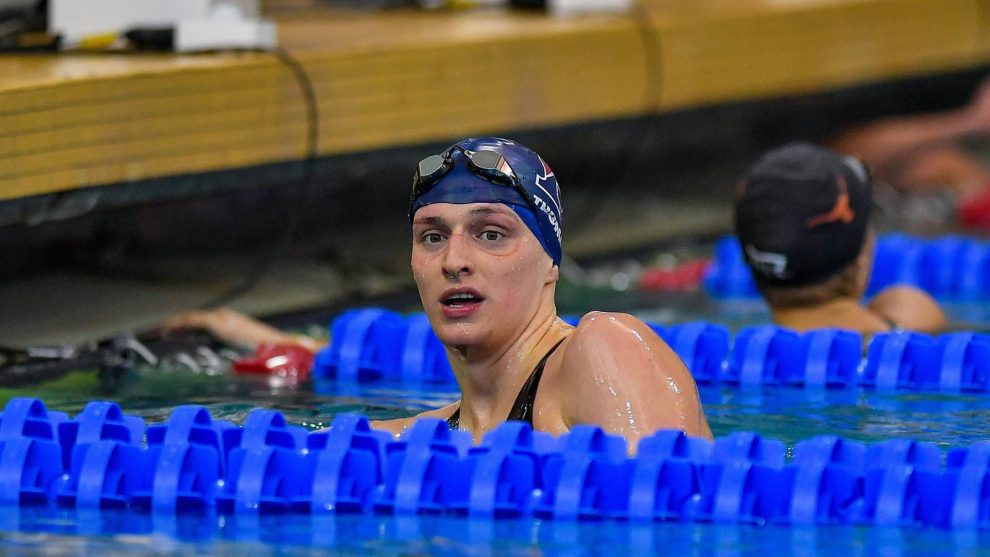 Fina, the group that governs swimming competitions worldwide, has minted new rules that exclude males who have experienced puberty from women’s competitions.

It appears that swimming has finally jumped into action to prevent the rise of another Lia Thomas.

The organization has now ruled that males who experienced puberty will be ineligible to compete as women and that only transgender athletes who claim to have transitioned from male to female before the age of 12 years will be allowed to compete, as women the BBC reported.

Seventy-one percent of Fina’s 152 members voted at its general congress to implement this new rule.

Fina tried to color the new policy as a way to implement “full inclusion” but not at the cost of “competitive fairness.”

“Fina will always welcome every athlete,” Al-Musallam said. “The creation of an open category will mean that everybody has the opportunity to compete at an elite level. This has not been done before, so Fina will need to lead the way. I want all athletes to feel included in being able to develop ideas during this process.”

FINA’s new eligibility criteria for transgender athletes and athletes with intersex variations is discriminatory, harmful, unscientific and not in line with the 2021 IOC principles. If we truly want to protect women’s sports, we must include all women. https://t.co/MDjrWB6GrU

The rule, for instance, would have prevented UPenn swimmer Lia Thomas from running rampant through the women’s college record books and winning the NCAA championships this year.

But the rules could have even more far-reaching consequences if the Olympics adopts them, too. For the most part, the Olympics have adopted the rules set by individual sports governing bodies. So, if the International Olympics Committee adopts Fina’s new guidelines, it will end Lia Thomas’ dreams of becoming a member of the U.S. Olympic team.

In a recent interview, Thomas exclaimed that transgender athletes are not a threat to women’s sports. But with its new rules, Fina clearly disagrees.

EXCLUSIVE: "Trans people don't transition for athletics. We transition to be happy and authentic and our true selves."

During the meetings over the rules, Fina members heard from several scientists, doctors, and experts who said that puberty bestows clear advantages to the male body.

“By 14 years or older, the difference between boys and girls is substantial. That’s due to the advantages experienced due to the physiological adaptations in testosterone and the possession of the Y chromosome,” added physiologist expert Dr. Sandra Hunter. “Some of these physical advantages are structural in origin such as height, limb length, heart size, lung size and they will be retained, even with the suppression or reduction of testosterone that occurs in the transition from male to female.”

Several other experts noted that the new transgender categories would allow transgender athletes to compete while protecting the integrity of all-female categories.