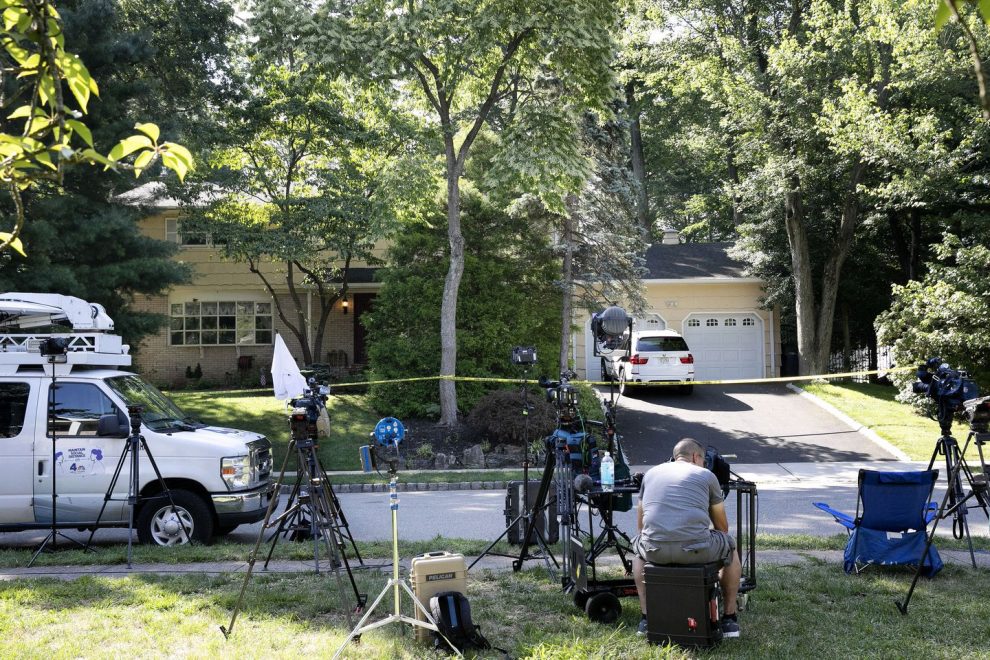 A lawyer who claimed to be battling feminism at every turn has been identified as the suspected gunman who shot to death the son of a New Jersey judge before taking his own life.

The body of Roy Den Hollander was found near Liberty, New York, according to The New York Times. Hollander had been suffering from terminal cancer.

The Times reported that police believe Den Hollander — dressed in the guise of a FedEx deliveryman — went to the New Brunswick, New Jersey, home of federal judge Esther Salas, whom he described in a self-published book as “a lazy and incompetent Latina judge appointed by Obama.”

Carlos Salas, the judge’s older brother, said authorities told him that Daniel Anderl, 20, the judge’s only son, answered the door and was shot through the heart. He was later pronounced dead.

Salas’ husband, Mark Anderl, was shot next when he went to investigate, Carlos Salas said. He is now in stable condition in a hospital.

The judge, who was in the basement of the home, was not injured.

Along with Den Hollander’s body, police discovered an empty package addressed to the judge.

Janet M. DiFiore, New York state’s chief judge, was notified by the FBI on Monday that Den Hollander had her name and photo in his car, according to DiFiore’s spokesman, Lucian Chalfen.

The identification of Den Hollander has reportedly led police to consider the possibility that he was involved in a July 11 killing in California in which so-called men’s rights lawyer Marc Angelucci was shot dead at his door by a man wearing a FedEx uniform.

Den Hollander appeared before Salas in a case he filed in 2015 in which he accused the Selective Service System of violating the rights of women by only requiring men to register for the draft. The judge allowed the case to move forward.

The activist also had a history of suing nightclubs, claiming that “ladies’ nights” discounts violated the 14th Amendment.

He had recently written about death, according to The Times.

“Death’s hand is on my left shoulder,” he wrote in his book. “Nothing in this life matters anymore.”

“The only problem with a life lived too long under Feminazi rule,” he added, “is that a man ends up with so many enemies he can’t even the score with all of them.”

Den Hollander’s website proclaims, “Now is the time for all good men to fight for their rights before they have no rights left. Contact Roy to help battle the infringement of Men’s Rights by the Feminists and their fellow sisters the PCers.”

Elsewhere on his site, he wrote, “The Feminists have twisted America into allowing girls to get away with more than Mother Nature intended, not because girls are superior but because females are now making the rules. We have forgotten six million years of hominid evolution: females aren’t here to soothe the ‘savage beast’; the ‘savage beast’ is here to limit their infinite capacity for evil.

“And the most virulent feminine evil is Feminism. So what’s to be done with the Feminists? Strap them to missiles and drop them on the Middle East. They’ll know how to deal with them.”