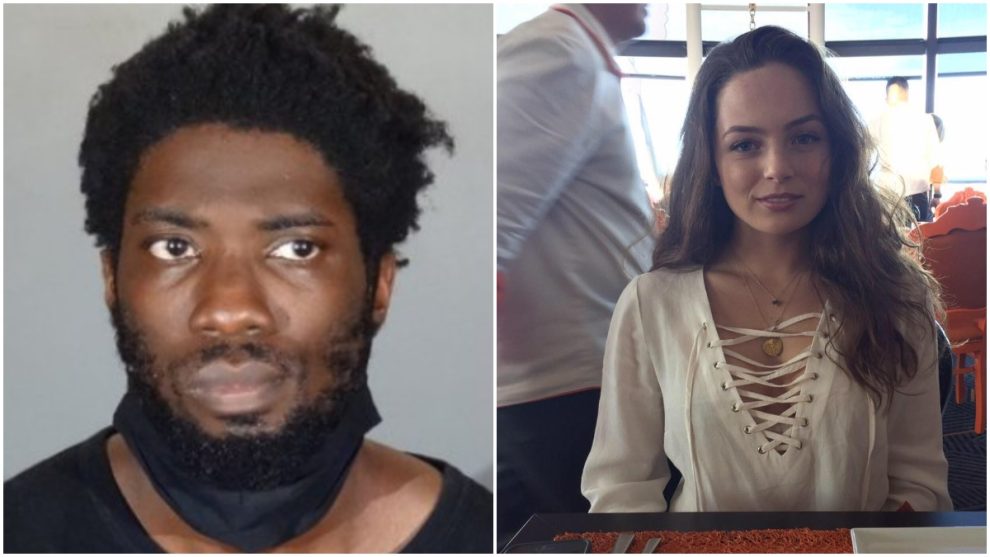 A suspect has been identified in the murder of 24-year-old UCLA design student Brianna Kupfer: 31-year-old Shawn Laval Smith.

A $250,000 reward has been offered for the capture of Smith, who police consider armed and dangerous. He will likely be using public transit.According to Los Angeles County records, Smith had a criminal record and was free on a $1,000 bail from an October 2020 misdemeanor arrest. Per the Daily Mail:

Los Angles County Sheriff’s Department records list Smith as currently free on a $1,000 bail from a misdemeanor arrest in October 2020.

The nature of the charge wasn’t immediately clear, and it was unclear why the case was still unresolved.

Smith is also currently free on a $50,000 bond in Charleston, South Carolina in relation to a November 2019 arrest on suspicion of firing a weapon into an occupied vehicle, court records show. An indictment in that case was handed down on March 16, 2020, just before COVID-19 paralyzed the courts, and the docket shows no further action on the case.

31-year-old Shawn Laval Smith has been identified in connection with the murder of Brianna Kupfer, which occurred in the 300 block of North La Brea Avenue on January 13, 2022. He should be considered armed and dangerous. If seen do not approach, call 911. pic.twitter.com/jZlESB9l9r

Smith allegedly stabbed Brianna Kupfer last week at the Croft House furniture store in Hancock Park where she worked while studying design at UCLA. The upscale neighborhood was considered relatively safe until recently.

Prior to the stabbing, Kupfer texted a friend saying she got a “bad vibe” from the man who entered the store. The friend did not immediately see the text message at the time.

Security footage from a 7-Eleven at Beverly and Wilshire boulevards allegedly recorded the killer, who was wearing an N95 mask, 30 minutes after the Kupfer’s murder. Speaking with Fox News earlier this week, Brianna’s father, Todd Kupfer, blamed politicians for his daughter’s murder.

“Crime is truly spiking, and we have a lot of criminals on the streets that shouldn’t be out,” Kupfer said.

“We have a lot of politicians that somehow forgot about people and think the key to getting elected is to support the lowest rung of our society and to give them rights and somehow that’s the answer to getting votes,” he added.