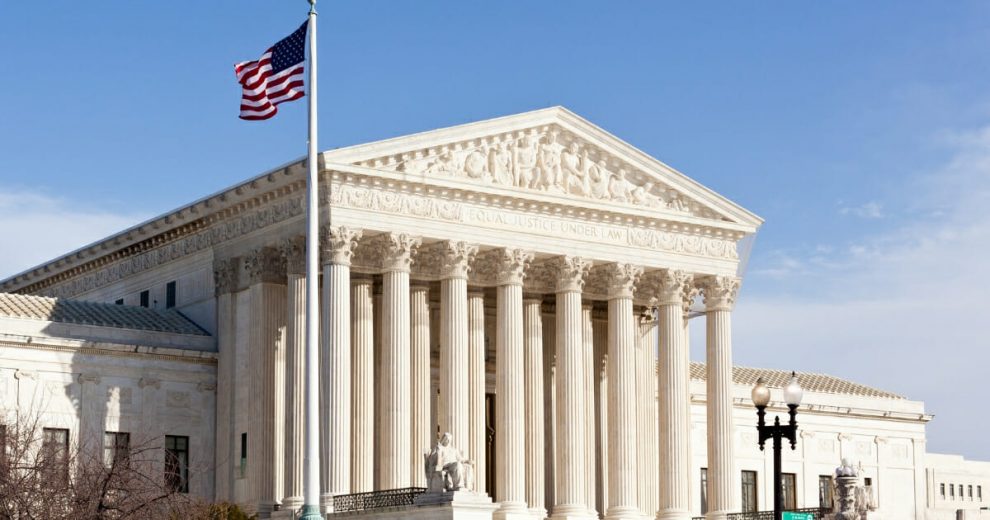 The Supreme Court sided with the Trump administration, ruling that immigrants with criminal records can be detained and held indefinitely while they await deportation proceedings.

In the 5-4 decision, the high court overruled the 9th U.S. Circuit Court of Appeals, which decided in 2016 that immigrants with criminal records can only be detained by federal authorities if the detention occurs soon after he or she is released from jail, The Hill reported.

“In these cases, the United States Court of Appeals for the Ninth Circuit held that this mandatory-detention requirement applies only if a covered alien is arrested by immigration officials as soon as he is released from jail,” Alito wrote.

“If the alien evades arrest for some short period of time — according to respondents, even 24 hours is too long — the mandatory-detention requirement is inapplicable, and the alien must have an opportunity to apply for release on bond or parole,”  he continued.  “Four other circuits have rejected this interpretation of the statute, and we agree that the 9th Circuit’s interpretation is wrong.”

The case centers around the interpretation of the Illegal Immigration Reform and Immigrant Responsibility Act of 1996.

“The law states the government can detain convicted immigrants ‘when the alien is released’ from criminal detention,” according to Reuters.

“Civil rights lawyers argued that the language of the law shows that it applies only immediately after immigrants are released. The Trump administration said the government should have the power to detain such immigrants anytime,” the news outlet added.

Mony Preap, one of the lead plaintiffs in the class action suit against the government, is a lawful permanent resident who had two drug convictions, which were deportable offenses.

He completed his jail time for these crimes in 2006 but was detained by federal authorities in 2013 after being released from jail for non-deportable offenses.

Justice Stephen Breyer said in the dissent — in which he was joined by Justices Ruth Bader Ginsburg, Sonia Sotomayor and Elena Kagan — that the Constitution did not intend for people who have already served their sentence for crimes committed to be deprived of their liberty indefinitely.

“I would have thought that Congress meant to adhere to these values and did not intend to allow the Government to apprehend persons years after their release from prison and hold them indefinitely without a bail hearing,” he said reading his dissent from the bench, the Washington Examiner reported.

Breyer warned the “greater importance in the case lies in the power that the majority’s interpretation grants to the government.”

“It is a power to detain persons who committed a minor crime many years before. And it is a power to hold those persons, perhaps for many months, without any opportunity to obtain bail,” he said.

Cecilia Wang, the American Civil Liberties Union lawyer, who argued the case for the immigrants, said, “the Supreme Court has endorsed the most extreme interpretation of immigration detention statutes, allowing mass incarceration of people without any hearing, simply because they are defending themselves against a deportation charge.”