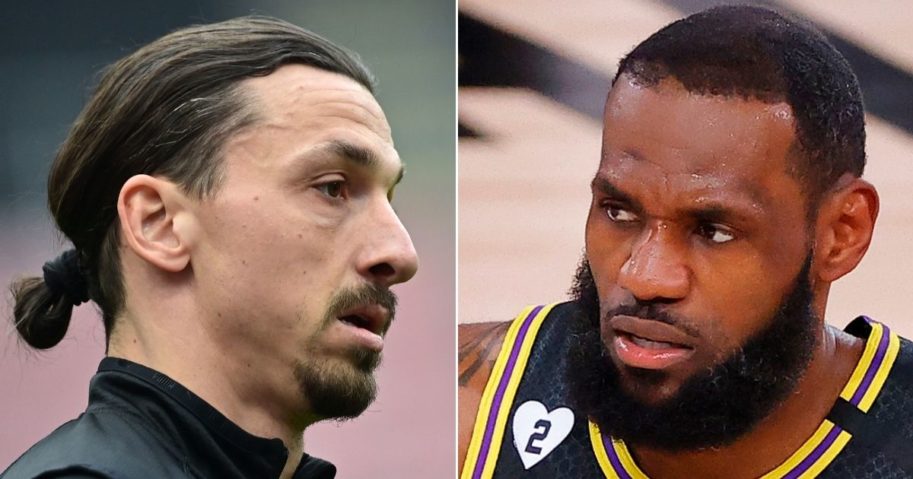 Instead of playing at politics, NBA star LeBron James should do what he is good at, according to one of the world’s biggest soccer stars.

Swedish soccer great Zlatan Ibrahimovic, who spent two years with the Los Angeles Galaxy of the MLS and has since moved on to AC Milan, was asked about James during an interview with Discovery Plus in Sweden.

Ibrahimovic praised the Los Angeles Laker’s performance on the court but said he wasn’t so impressed with James’ political activism.

“I like a lot. He is phenomenal at what he’s doing, but I don’t like when people, when they have some kind of status, and they go and they do politics at the same time what they’re doing,” he said in a clip posted to Twitter on Thursday.

“I mean, do what you’re good at. Do the category you do. I play football because I’m the best in playing football. I don’t do politics. If I would be a political, politician, I would do politics,” Ibrahimovic said.

He said too many people decide once they become famous that their opinions ought to matter more than other people’s.

“That is the big first mistake people do when they become famous and they become in a certain status,” said Ibrahimovic, who has won 31 trophies in his career and is widely regarded as one of the greatest strikers of all time.

“Stay out of it. Just do what you’re best at, because it doesn’t look good.”

We, Black Americans, would suggest @Ibra_official Swedish neutral to stay out of our business and leave @KingJames name out of his mouth…

Zlatan ain't black in America! Zlatan doesn't have millions of colored children looking up to him, and see hope and a way out! @KingJames , i know you are but STAY IN POLITICS KEEP ADVOCATING FOR YOUR PPL https://t.co/bpRshBUHZG

@Ibra_official always speaking facts!!! The real goat! @KingJames stay out of politics, it's best for everyone. You're a basketball star not a politician. You tweeted equality from your billion $ mansion. You're confused lol stick to sports. https://t.co/E98rzQlVIq

James was a longtime critic of former President Donald Trump, calling him a “bum” in 2017.

Last year, he declared in a tweet that black people are “literally hunted EVERYDAY/EVERYTIME we step foot outside the comfort of our homes,” and he used the power of his celebrity to sponsor voter registration efforts leading up to the 2020 election.

In an October interview with The New York Times, James said seeing the world through a racial lens is “authentic to who I am.”

“I come from the black community. I understand my black people and what we go through on a day-to-day basis. I understand that we’ve not been given a lot of information along the course of time, and I understand how important our vote is,” he said.

The Lakers star said his political voice developed over time.

“I’ve grown to know who I am and what I stand for. And it’s not just about me, it’s about my people. That’s why I’m leading the charge,” he said. 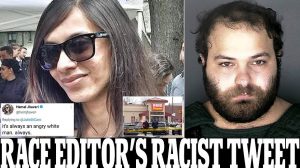