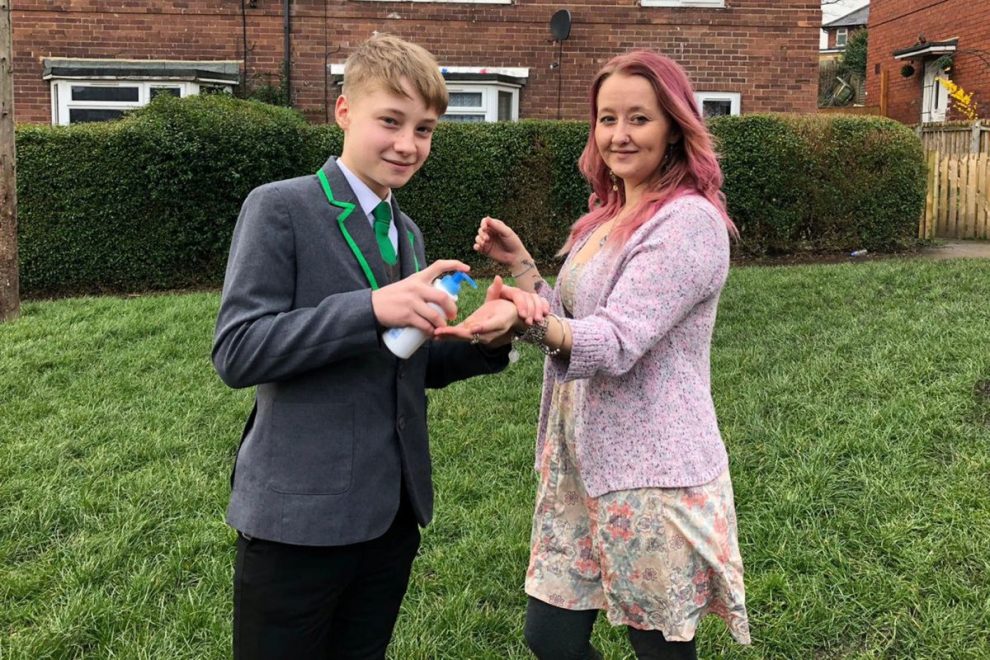 As coronavirus panic reaches a fever pitch — with the World Health Organization officially calling it a pandemic — some people have taken advantage of people’s anxiety for a quick buck.

That includes one teenager in the United Kingdom, who was sent home from school for the day for selling “squirts” of hand sanitizer to his friends at Dixons Unity Academy in Leeds.

Jenny Tompkins posted her son’s money making schemes on Facebook Wednesday, where it amassed nearly 198,000 reactions and 98,000 comments — much of which praised his entrepreneurial savvy.

“Very hard to discipline this behaviour when his dad phones him from work to call him a (expletive) legend,” Tompkins wrote on Facebook.

One poster called him a “very enterprising lad.”

In all, he made just over $11 from his little grift — after selling each squirt for 64 cents.

What are the proceeds going to be used for? Tompkins said he purchased a bag of Doritos — and plans to buy a kebab with the rest of his cash.

A reminder: The CDC prefers plain-old hand washing with soap and water, which eradicates all germs, over hand sanitizer.