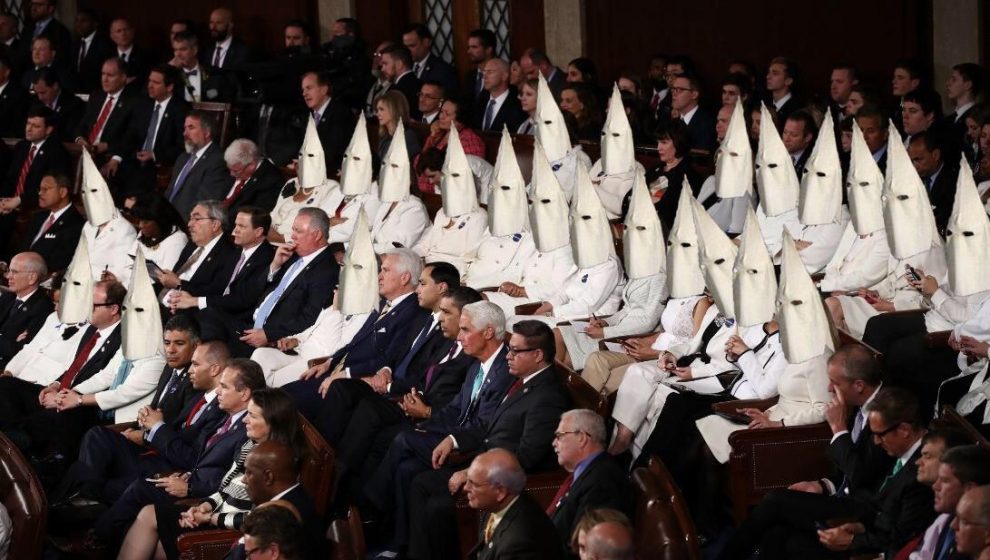 Last night state of the Union address was many things and boring was not one of them. First and most noticeable was all the women lawmakers wearing white. Also noted was the narcissism of these women as they did not clap for historically low black unemployment or for Spanish record low unemployment. However they did manage to give a raucous round of support to the increased number of women making laws. Many a Meme was born last night.

CNN polled a bunch of its viewers and the results where surprising. 76% of people polled like the speech and 72% of polled individuals like the Presidents policy on immigration. Its crazy, its like the population doesn’t like being replaced and called racist. We also would like to point out that Alexandria Ocasio-Cortez had a rare bad night.

To read more about last night State of the Union click here.