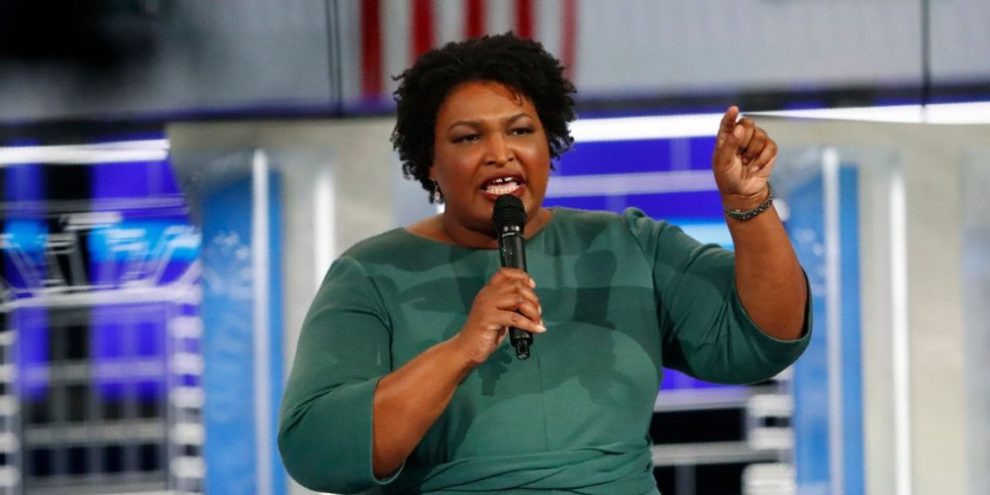 “There is no such thing as a heartbeat at six weeks,” she said before a panel. “It is a manufactured sound designed to convince people men have a right to take control of a woman’s body.”

Abrams was undoubtedly taking aim at the 2019 Georgia law that banned most abortions in the state after doctors can detect a fetal heartbeat, which usually happens around six weeks.

Since most women do not learn of their pregnancy in the first six weeks, the law effectively bans all abortion in the Peach State. Though the law faced numerous hurdles, it finally went into effect this year after the Supreme Court overturned Roe v. Wade.

Georgia Democrat Stacey Abrams: "There is no such thing as a heartbeat at six weeks. It is a manufactured sound designed to convince people that men have the right to take control of a woman's body."

Speaking with CNN, Abrams promised that abortion will be “front and center” of her campaign.

“Women deserve full citizenship in the United States and certainly in the state of Georgia, and they are being denied that because of Brian Kemp’s 6-week ban,” said Abrams. “We are driving not only doctors and nurses out of the state, we’re likely going to drive jobs away. And that should be terrifying to anyone regardless of your political persuasion.”

“Kemp received 50 percent, Abrams received 42 percent, and six percent of respondents said they were undecided,” Breitbart News reported. “The grim results for Abrams led to one pro-Abrams pollster opining on social media that the AJC, Georgia’s largest newspaper, had published ‘bad polling.’ Evoking one of Abrams’ top issues since her first gubernatorial loss in 2018, the pollster added, ‘This seems a lot like voter suppression by poll.’”

Man, even Abrams’ pollster is on point with the voter suppression narrative… with @ajc polls nonetheless! #gapol https://t.co/Pwk3lraAog