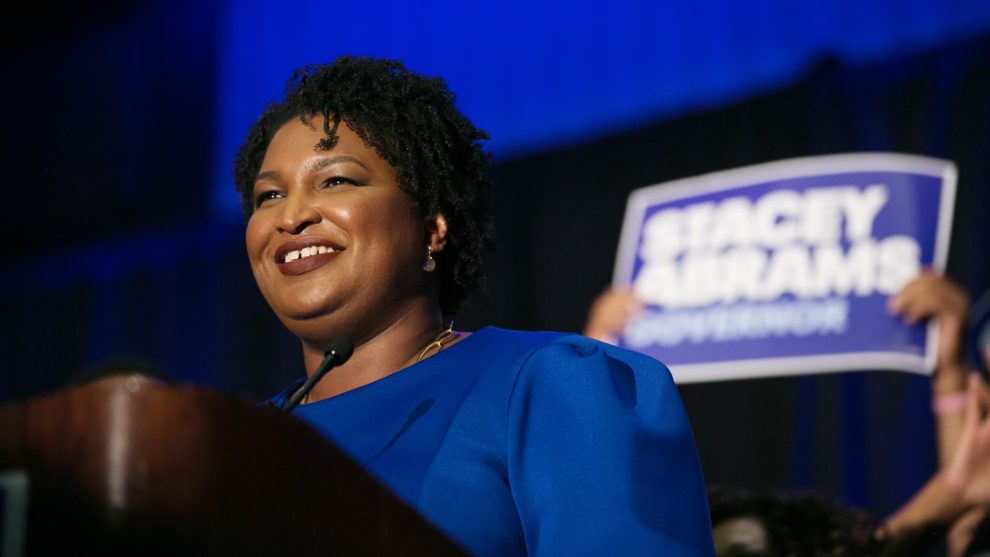 Stacey Abrams is running to be governor of the worst state in the country – according to her.

The Democrat, who is hurtling toward a rematch with Georgia Gov. Brian Kemp, who defeated her four years ago in an election she never conceded, made the shocking statement Saturday night at the Gwinnett Democrats’ Bluetopia Gala in Norcross. The two are expected to emerge as their parties’ candidates after Tuesday’s primary.

Abrams, who immediately acknowledged that her opponents could use the statement against her, was reacting to Georgia Republicans’ long-running claim that the state is the best in the nation for doing business. She then listed several categories in which the state does not stack up well.

Abrams also said Georgia may be the No. 1 state to do business, but is also “the worst state to live” in, before talking about quality of life issues

“Let me contextualize,” Abrams said. “When you’re No. 48 for mental health, when we’re No. 1 for maternal mortality, when you have an incarceration rate that is on the rise and wages are on the decline, then you are not the No. 1 place to live.”

Abrams appeared at the gala with fellow Democrat U.S. Sens. Jon Ossoff and Raphael Warnock, and spoke for just over 20 minutes. Most of her speech was devoted to blasting the record of Kemp, who polls show is leading the GOP gubernatorial primary race while Abrams is the only candidate on the Democratic ticket.

“Brian Kemp doesn’t care about our families or else he would be doing more to make sure that they were taken care of,” Abrams said. “Instead, in the midst of COVID, he passed a law to protect our companies but did nothing to protect our communities.”

But word of her characterization of Georgia as “the worst state” in the country spread quickly on social media.

“Stacey Abrams may think differently, but I believe Georgia is the best state to live, work, and raise a family,” Kemp tweeted.

“Stacy, please, we beg you, move to California or something…,” tweeted LibertarianForever.

After her loss to Kemp in 2018, Abrams decried voter integrity measures passed by the state legislature, saying they would disenfranchise black voters. But early voting turnout in the primary shows that is not the case.

Georgia Secretary of State Brad Raffensperger’s office announced last week that “more than 565,000 Georgians have voted early, which is a 153% increase from the same point in the early voting period in the 2018 primary election and a 189% increase in the 2020 primary election,” 11 Alive reported on Thursday.