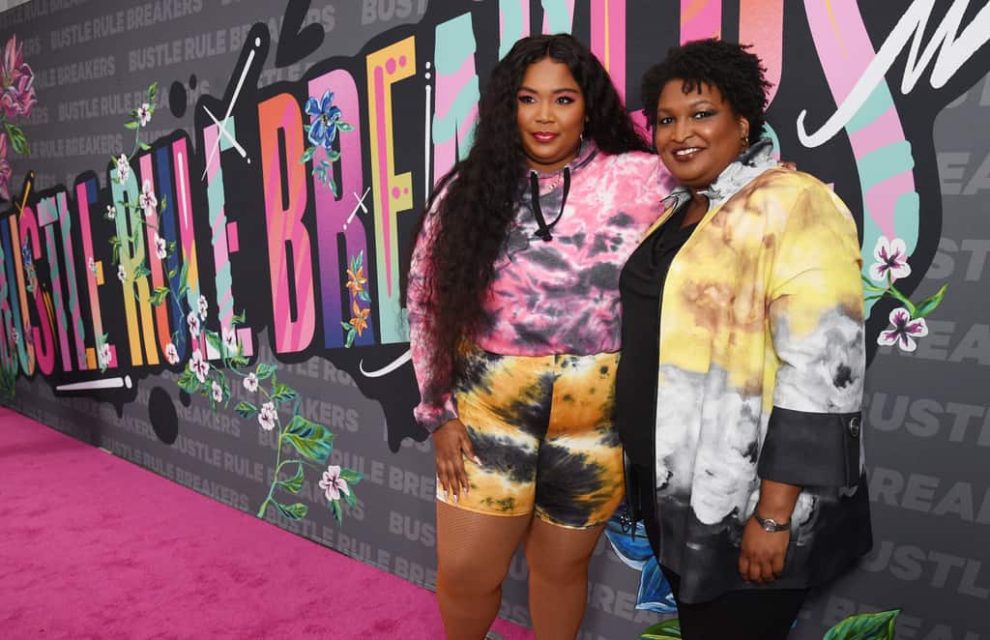 Stacey Abrams has now surpassed Hillary Clinton as the least self-aware person in the world. Just a few weeks ago, she exhibited how tone-deaf she is toward Georgia voters by appearing in Athens during an away game weekend for the Georgia Bulldogs.

Abrams continues to embarrass herself. On Friday night, with just over two weeks to go before the midterm elections, she could have spent time trying to make her case for why Georgians should let her ruin the Peach State. But instead, she appeared on stage at Atlanta’s State Farm Arena at the Lizzo concert alongside opening act Latto (🤷), holding up a sign that read “My Body My Choice” and hawking for abortion.

First off, she didn’t appear with headliner Lizzo (I promise I won’t make fat jokes); instead, she showed up with the opening act. That’s embarrassing enough, but Latto was performing her, ummm, hit song “P***y” (which probably doesn’t objectify women at all) as Abrams hopped onstage.

These tweets tell you more.

Did she see this sign that was being held up on stage before she walked on stage? pic.twitter.com/EDusij8m67

“Meanwhile, everything is just going fantastic with Stacey Abrams’ campaign,” writes Erick Erickson. “A Democratic pollster has her ten points behind Brian Kemp and Abrams got caught on stage at a Lizzo concert. This was the picture. Really connects with suburbia.”

But the stunt is of a piece with how Abrams has doubled down on abortion in recent weeks. Remember how she touted it on MSNBC as the solution to inflation?

“Let’s be clear: Having children is why you’re worried about your price for gas, it’s why you’re concerned about how much food costs,” she told host Mike Barnicle. “For women, this is not a reductive issue. You can’t divorce being forced to carry an unwanted pregnancy from the economic realities of having a child. And so these are — it’s important for us to have both/and conversations.”

She also ran hard on the abortion issue at last week’s debate with Gov. Brian Kemp and Libertarian candidate Shane Hazel, hammering Kemp on his support for protecting the unborn.

“This is a governor who for the last four years has beat his chest but delivered very little for most Georgians,” she declared. “He’s weakened gun laws and flooded our streets. He’s weakened… women’s rights. He’s denied women the access to reproductive care. The most dangerous thing facing Georgia is four more years of Brian Kemp.”

Recent polls show Abrams 10 points behind Kemp, who has a sterling record running the state and enjoys immense popularity across racial lines. In other words, Georgia voters are going to use their bodies to make their choice for Kemp over Abrams. But she can’t recognize that she’s going for broke on an issue that’s not resonating with Georgia voters right now.

Is Abrams so lacking in self-awareness that she doesn’t believe she’s as far behind as she is? Or has she so fallen in love with the left-wing press about her that she thinks she can still pull it off by appearing onstage with a foul-mouthed rapper? Either way, she can’t seem to stop embarrassing herself.