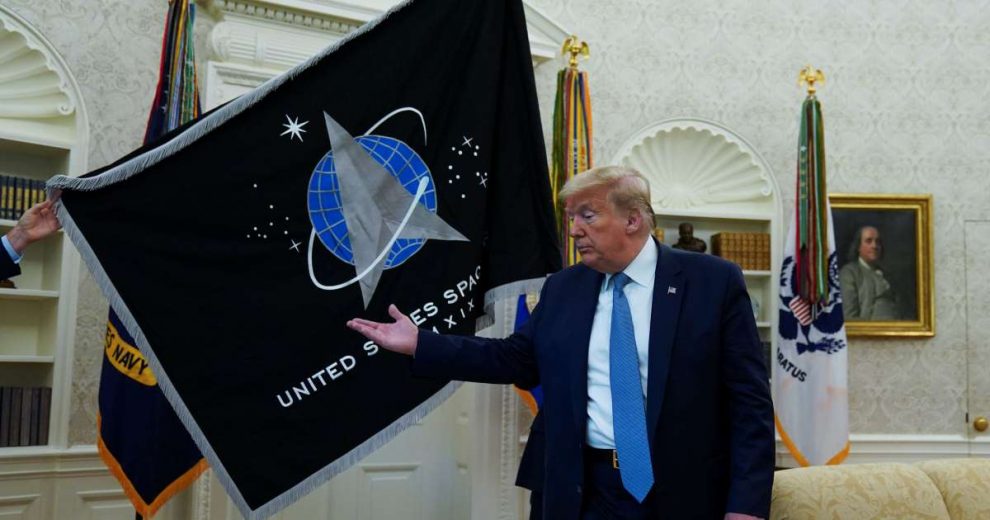 Vice President Mike Pence told Breitbart News in an exclusive interview on Friday that President Donald Trump’s establishment of the Space Force may be one of the important things for America “100 years from now.”

During his interview with Breitbart News, Pence said that Trump is the “last line of defense” against the “radical left.” He also charged that Trump’s America First agenda “literally transformed” the Minnesota Iron Range.

Pence charged that Trump has worked to rebuild the American military, which he said was in decline during the Obama-Biden administration. Further, the vice president said that Trump’s establishment of the Space Force is one of the most significant moves to ensure American dominance in the future.

“I heard from members of the military that a large percentage of the Air Force had their aircraft grounded so they could be used for spare parts for other planes in the air. We heard that they had shortages of ammunition. Soldiers hadn’t had a significant pay raise in a decade. I mean, one thing after another,” Pence told Breitbart News. “I think one of the most underreported stories over the three and a half years was what this president has done to rebuild the military and transform the military by launching the first new branch of the Armed Forces in more than 70 years.”

“I honestly believe the establishment of the Space Force may be one of the most significant things that this president has done for America 100 years from now,” he added.

Pence added that the Space Force would continue the United States’ military dominance well into the future.

“We all had kinds of different pieces of our space assets, and so for the president to bring it all together, I just think it makes sure we’re as dominant militarily in space as we are on land, sea, and air today,” the vice president said.

“The president said it last night [during his Republican National Convention speech], the next man and the first woman are going to be American astronauts and then we’re going to Mars,” he said.

Pence then said that President Trump, in contrast to Barack Obama and Joe Biden, has worked to put America’s interests first.