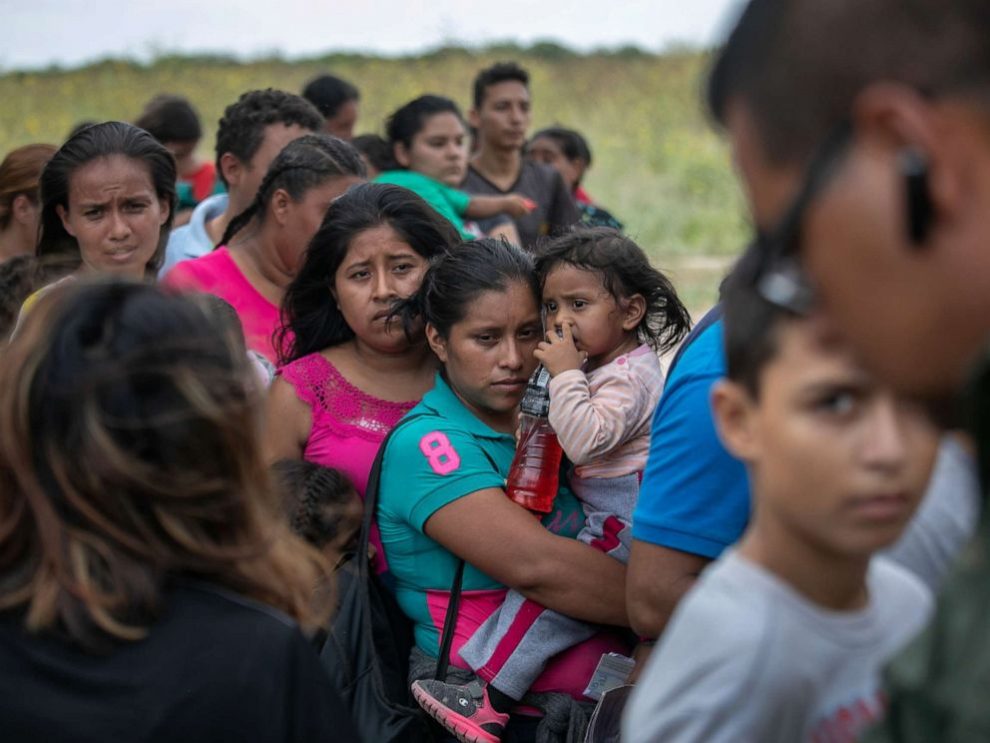 In a letter to Department of Homeland Security (DHS) officials, ACLU attorneys request that instead of returning pregnant migrants to Mexico while they await their asylum hearings in the U.S. — a plan made possible by Trump’s “Remain in Mexico” deal — those migrants be released into the country so they can deliver their children, who would automatically obtain birthright American citizenship.

The American Civil Liberties Union (ACLU) Border Rights Center and the ACLU of Texas write to demand an immediate stop to the placement of pregnant women and other vulnerable populations in the “Migration Protection Protocols” (MPP) policy and the return of pregnant women who have been held in Mexico under the policy to the United States. While the MPP policy violates the rights of all subjected to it, the adverse effects of this policy is particularly acute among vulnerable populations, such as pregnant women. [Emphasis added]

DHS has returned a significant number of pregnant women to Mexico under MPP, exposing them to further harm in a particularly dangerous regions. DHS is returning pregnant women to places that are considered extremely dangerous — Baja California, Tamaulipas, and Chihuahua, among others. [Emphasis added]

Like the ACLU, elected Democrats have demanded the release of all pregnant migrants into the U.S. In August, Sen. Jeff Merkley (D-OR) sent a letter to DHS requesting that pregnant migrants be fast-tracked into the country while they await their asylum hearings.

Pregnant migrant women take the dangerous journey through Central America and Mexico in the hopes of being released into the U.S. to deliver their babies and secure their children birthright American citizenship. The U.S.-born children of illegal aliens are often referred to as “anchor babies” as they anchor their illegal parents in the country.

Today, there are at least 4.5 million anchor babies in the U.S., exceeding the annual roughly four million American babies born every year and costing American taxpayers about $2.4 billion per year to subsidize hospital costs. Every year, about 300,000 anchor babies are born and as of June, there has been an average of about 124,000 anchor babies already born this year.

Trump May Win Election Night, But Joe Biden Will Win Days Later Due to Mail-in Votes Hillary Clinton: Dems Must Employ Every Possible ‘Obstacle’ to Stop McConnell from Replacing Ginsburg Jerry Brown Mocks People Who Want to Leave California: ‘Where Are You Going to Go?’

Trump’s Remain in Mexico policy, thus far, has probably prevented mass asylum fraud whereby migrants would have otherwise been released into the U.S. despite not being eligible for asylum. As of June, zero of the 1,200 migrants awaiting asylum in Mexico were found to be eligible.

Chelsea Covers for Clueless Hillary: ‘Yes’ Someone with a Beard and Penis Can Be a Woman
LeBron Caves to China: Blasts Uneducated Rockets GM, Free Speech