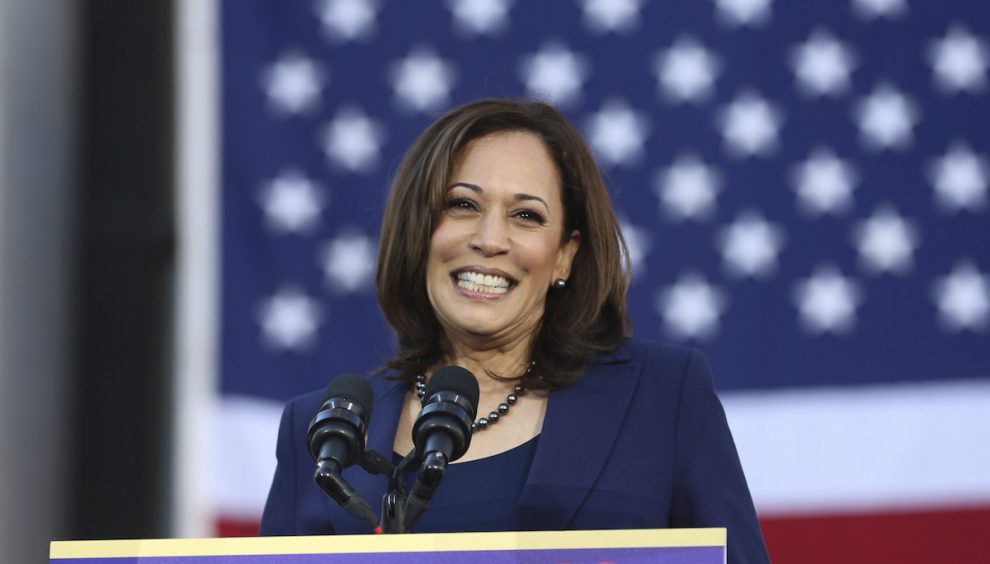 Kamala Harris has made a second career of making a fool of herself with repetitive, meandering statements in recent months, but last week, she might have just have topped them all.

At a Friday summit of the Association of Southeast Nations at the State Department in Washington, the vice president repeated the phrase “work together” so many times in the space of 30 seconds that it made observers suspect that something wasn’t working upstairs.

It wasn’t the first time Harris has been an embarrassment, but it might have been the worst.

Check out the video here:

“I often note and I’ve talked with many of you about our shared belief that our world is increasingly more interconnected and interdependent,” Harris said, according to a White House transcript that had to be shameful to publish.

“With that, I thank you all. This is a matter of urgent priority for all of us. And I know we will work on this together.”

How in the world did she get to this position in America?

So, just to double check, we will be working together?

Did you get the impression that Harris thinks it’s important to work together? Repeating the same formulation four times in less than half a minute indicates how important she thinks it is. Or how little her brain is actually connected to her lips.

It’s a moment on a par with “the passage of time,” Harris made famous during an appearance in Louisiana in March.

It dwarfs her “folks order what they want” comment from the end of February.

And it makes her ruminations on space from mid-April in California — the legendary, “Space, it affects us all – and it connects us all” — sound like William Jennings Bryan’s “cross of gold.”

The big problem here is that Harris was posing as an international leader when she made these remarks. It’s one thing when she embarrasses herself with nonsense about “the passage of time” in the American heartland. It’s another thing entirely when she’s on an international stage and mouths off like this.

It’s what she did back in March when she laughed awkwardly while fielding a very serious question during a news conference with the president of Poland about refugees from Ukraine while on an ill-advised trip to Europe.

A former spokeswoman for Ukraine President Volodymyr Zelenskyy summed up the foreign view with a Twitter post she eventually deleted (no doubt in the interest of keeping the Biden administration happy):

“It would be a tragedy if this woman won the presidency,” Iuliia Mendel wrote.

Deleting that tweet due to liberal pressure doesn’t mean the worry it reflects has disappeared, too.

Kamala Harris is literally a heartbeat from the presidency and was chosen for the position not for any innate talent, ability or even love of country, but simply as black woman to appeal to black voters (and white liberals) — a piece in the crassest of calculations involving race and sex and the outsized role both play in American politics, especially the politics of the modern Democratic Party.

Now, she’s embarrassed herself and her country again on another international stage.

Harris wants the world to “work together” when it comes to climate change. Conservatives and Republicans and patriotic Americans of every stripe need to work together in two ways.

First, as painful as it may be, pray that President Joe Biden provides no opening for Harris to assume the presidency before 2024. He’s a doddering, spiteful liar who’s almost certainly made a career of selling out his office, but he’s better than a younger, spiteful Harris would be.

(With her recent run of public embarrassments, she’s actually building a rivalry to Biden’s own considerable record of gaffes. She’s got a long way to go, of course, but she’s off to a strong start.)

And second, make certain in the 2024 presidential election that Harris never gets anywhere near executive power again.