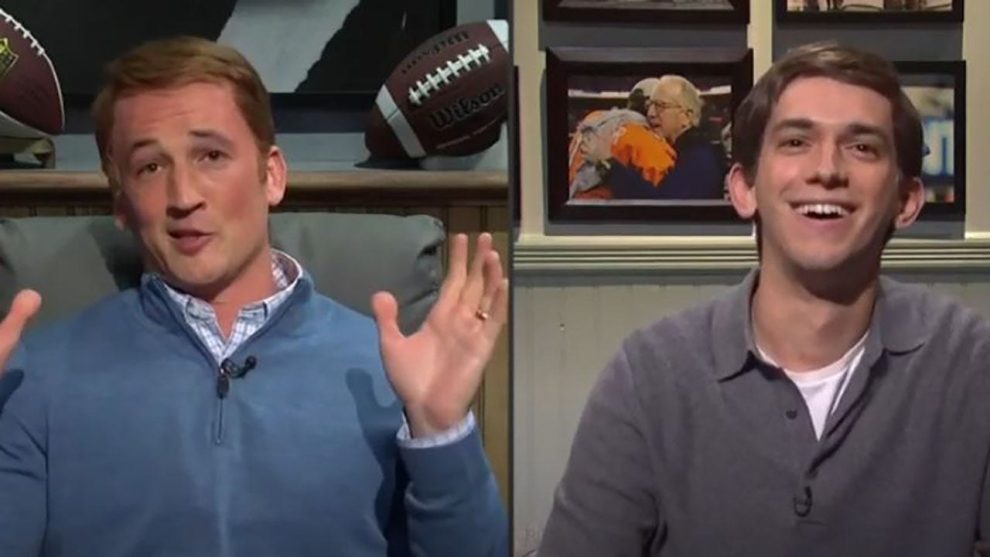 “Saturday Night Live” has struggled to be humorous over the past few years as they, like the other comedic late-night shows, seem to have forgotten funny in exchange for being in line with the liberal political narrative.

As they opened their 48th season last night, though, the SNL host –“Top Gun: Maverick” start Miles Teller — pointed out the show’s liberal bias as he played Peyton Manning talking with his brother Eli (played by Andrew Dismukes).

Teller said they would watch the first cold open sketch of the season to see what the cast and writers spent the “entire summer coming up with.”

“Oh, good a Trump sketch. Way to mix it up,” Teller said sarcastically as cast members acted out a scene set at Mar-a-Lago.

They also pointed out how the show had lost people who could do impressions like McKinnon and that what they put on wasn’t that funny.

They also touched on impression wizard McKinnon’s departure when Teller suggested the sketch should have more “fun” impressions like Anthony Fauci, Rudy Giuliani and Lindsey Graham – all of which were McKinnon.

The two then looked at the sketch’s “stats,” noting that of 14 attempted jokes there was only “one mild laugh and two chuckles.”

“Thank God they’ve got [musical guest] Kendrick Lamar because that’s the only reason anyone is tuning in.”

Fellow “Top Gun” star Jon Hamm made a surprise appearance in the sketch, saying “I don’t know but it’s not comedy” when asked by Teller to give his opinion of what he was seeing in the sketch.

Of course, Teller was right on the mark — they’re still talking about Trump when “Biden has lost his damn marbles.” Where are the takes on that? Biden and Harris are walking, talking comedy sketches. You had Biden speaking to dead people this week — you could have done some kind of a “Sixth Sense” bit. How about his wife pushing him off the stage? Kamala Harris said that we were in a strong alliance with North Korea. Where’s the bit on that? How do you let that go by? With Joe Biden and Kamala Harris, they’re just a font of comedy material but it’s mostly left on the floor when it comes to SNL.

It does say something that the show was willing to have Teller admit their bias, so I will give them that. But while true and good that they did recognize the elephant in the room, I didn’t think the whole bit was particularly funny. And so then, where was the bit on Biden losing his marbles? That would have been the honest way to follow up. If you know the problem — and you just showed you do — what are you going to do to fix it?