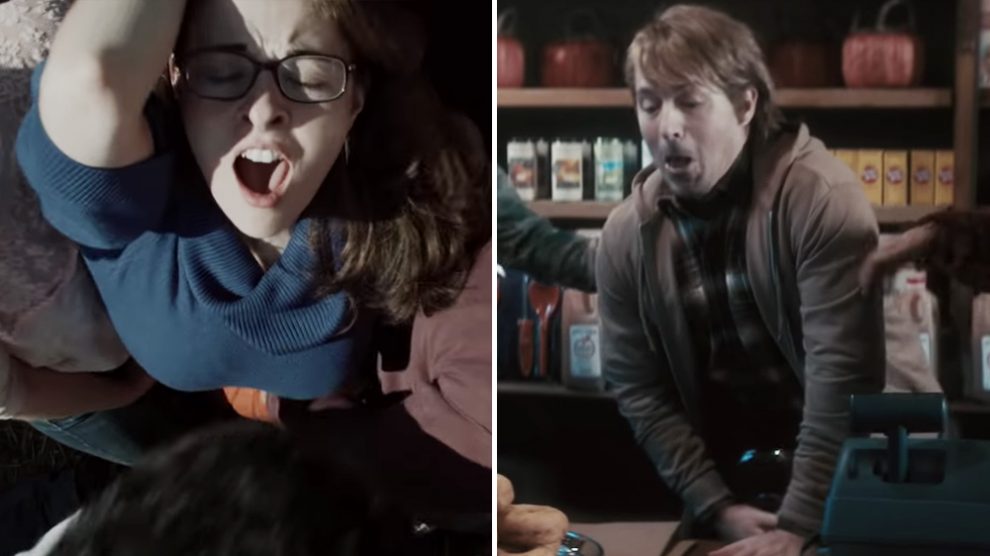 “Saturday Night Live” aired last October a sketch about a pumpkin patch where the employees, much to the consternation of the proprietor, engage in sexual intercourse with the product. “The Pumpkin Patch” was lewd, funny, and seasonally appropriate. But according to Nick Ruggia and Ryan Hoffman, it was something else — theft.

Ruggia and Hoffman are the founders of the sketch troupe Temple Horses. Since their first collaboration in 2011, the two New York comedy scene veterans have filmed more than 60 sketches together, many of which are available on their YouTube channel, which boasts more than 3,000 subscribers. Ruggia and Hoffman claim that two of those sketches, “Not Trying to Fuck This Pumpkin” and “Pet Blinders,” were plagiarized by “Saturday Night Live.”

“Imagine, one day you come home and it looks like somebody’s robbed your house,” Hoffman told Variety. “What do you want from that situation? We feel like somebody took our stuff, and this isn’t the kind of thing where you can just get it back or call your insurance company to have it replaced, so at this point we’re just speaking out about it.”

An NBC spokesperson declined to comment. A “Saturday Night Live” source noted that “The Pumpkin Patch” and the other “SNL” sketch in question, “Pound Puppy,” were penned by different writers, but did not identify who wrote either sketch.

In a letter sent to NBC last month and obtained by Variety, Ruggia and Hoffman’s attorney Wallace Neel laid out in detail the alleged similarities between the Temple Horses sketches and those that followed them. In the case of “Not Trying to Fuck This Pumpkin” and “The Pumpkin Patch,” each opens with the protagonist owner of a pumpkin patch doing business. In each, said owner then confronts a group of multiple men and one woman, accusing them of performing indecent acts with his pumpkins. The behavior is denied, and the owner scolds the accused — pointing out in each case that children are nearby. In each sketch, the offenders are ultimately barred from the pumpkin patch.