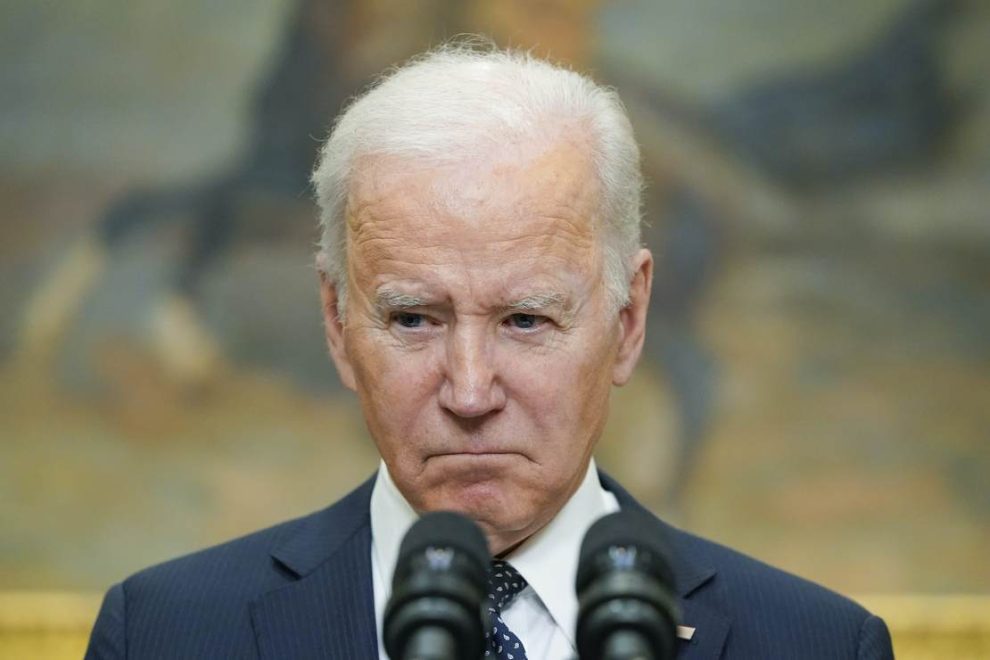 When last we left you in the Joe Biden poll watch, two days ago, the Civiqs poll had hit an all-time low of 30 percent, after a slide starting in May 2021 and a deep drop starting in August 2021 after the Afghanistan withdrawal debacle.

But it wasn’t finished at 30 percent. It’s now gone below 30 for the first time, hitting 29 percent approval with 58 percent disapproval

Democratic approval numbers have also gone south, at 63 percent approval, and jibe with what the Rasmussen poll was showing as well, with 65 percent approval. Numbers below the 80s indicate the Democrats are in big trouble — that there’s a lot of erosion and that’s going to show in November.

Just 62% approval among Democrats in @Civiqs

Now, Biden has gotten where only a few have before — into the horrific 20s. President Donald Trump never dipped into the 20s, despite constant Democratic and media attacks. The fact that now Biden’s below Trump ever was is going to drive Joe mad.

According to Gallup, five presidents have sunk into the 20s – Breitbart

Biden hasn’t reached the 20s in the Gallup poll yet. But when you’re at 29 in a liberal poll, pack your bags, you’re not sticking around if it stays like that.

The overall average in the Real Clear Politics poll is still at 38, with a 57.3 percent disapproval so that hasn’t slid further yet. But as I’ve looked at the Civiqs poll over the last few months, it often has seemed to be an indicator of where his general numbers are going next, despite being a “liberal poll.” So expect the other polls to continue to slide.

The real question here is — given everything that we’ve seen and had to endure already under Joe Biden why is it even as high as 29? Who are the crazy 29 percent who approve of this guy? But if even Democrats are swearing off him — as we see in these polls — and with the recent media reports, one has to think that the Democrats will be making some kind of a move after the midterms, if they hope to have any kind of a chance in 2024.

One of the reasons he keeps sliding is that he never takes any responsibility for anything, in addition to the fact that his policies don’t work and make things worse.

Republicans are doing nothing but obstructing our efforts to crack down on gas-price gouging, lower food prices, lower healthcare costs, and hopefully, soon, lower your prescription drug costs.

This is not right. And that’s why this election is going to be so darn important.