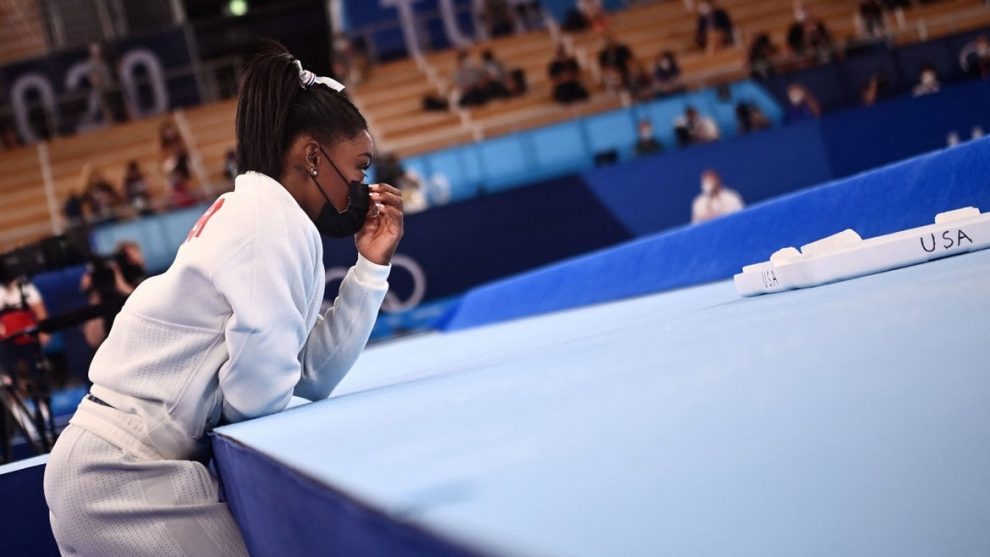 After her withdrawal from the Olympic women’s gymnastics team competition Tuesday in Tokyo, Simone Biles said that she feels “good” physically but it “varies” emotionally.

“Physically, I feel good, I’m in shape. Emotionally, that kind of varies on the time and moment,” she told Hoda Kotb on NBC’s “Today.”

“Coming here to the Olympics and being the head star of the Olympics is not an easy feat, so we’re just trying to take it one day at a time and we’ll see,” Biles said.

It was unclear if Biles will defend her gold medal in Thursday’s all-around competition.

The United States had been seeking its third straight gold in the woman’s team event. Team USA last won a silver medal in the 2008 games, when China took the gold.

“Simone has withdrawn from the team final competition due to a medical issue,” USA Gymnastics said in a statement. “She will be assessed daily to determine medical clearance for future competitions.”

Prior to that announcement, however, NBC’s Monica Alba tweeted that the 24-year-old had not been injured and was having what her coach termed “a mental issue.”

Simone Biles back in warmup gear, cheering on her teammates after she told them she pulled out of the team competition final.

“It is not injury related” and apparently her coach said “it’s a mental issue that Simone is having,” per NBC commentators just now. #TokyoOlympics pic.twitter.com/WdBgVBnF5m

Biles withdrew from the competition after she stumbled on the landing in one rotation on the vault.

She told “Today” that her teammates were “freaking out” after she withdrew, but she encouraged them to keep competing without her.

“They were like crying, and I was like, ‘You guys need to relax, you’re going to be fine without me,’” Biles said.

“‘Go out there, you kick some butt just like you’ve done in training, and just lay it out on the floor and see what happens.’”

Teammate Jordan Chiles subbed in for Biles on the uneven bars and the balance beam as Biles returned to the arena and cheered for her teammates from the sidelines.

“I’m OK, just super frustrated of how the night played out, but super proud of these girls that stepped up and did what they needed to do, and now we’re Olympic silver medalists, so it’s something that we’ll cherish forever,” she told Kotb.

“We hope America still loves us.”