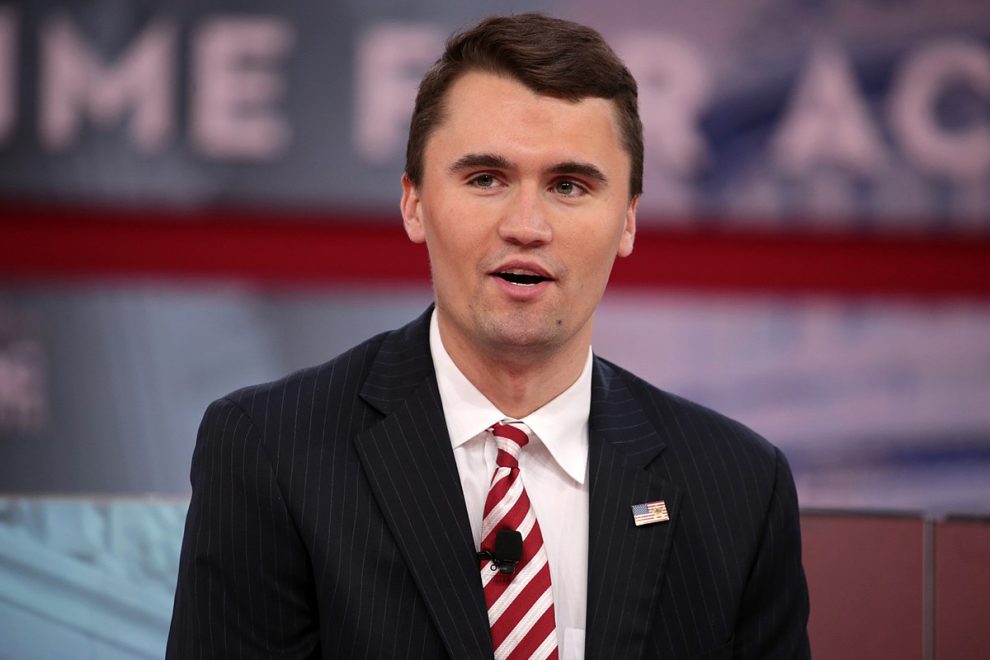 “My welcoming committee at University of New Mexico for tonight’s event,” Kirk tweeted along with a video that showed tens of protesters dressed in black, wearing masks, shouting and holding slogans protesting Kirk’s appearance on their campus.

My welcoming committee at University of New Mexico for tonight's event. pic.twitter.com/Hly07XXsz4

Kirk said the protesters, who were “presumably ANTIFA,” were preventing students from entering the building on campus where Kirk spoke.

“Get the f*ck off our campus,” one protester can be heard shouting in a video from the protest.

The activists reportedly chanted “f**k Charlie Kirk,” and “f**k Erica” outside the venue. The protesters’ cries against “Erica” were a reference to TPUSA chapter president Erica Rodriguez, according to The Post Millennial. However, the outlet noted that Kirk’s wife is also named Erica.

The far-left protesters also accused Kirk of being a “f**king white supremacist,” another video showed.

Protestors scream while waving signs against white supremacy as @charliekirk11 stops by to say hello. pic.twitter.com/BCQ7J07R39

Campus police appeared to form a border between the protesters and the event venue, but that did not prevent the activists from continuing to protest.

The activists shouted through megaphones, banged on items, and marched from behind the barrier. Some protesters could be seen waving signs that read “SHUT DOWN WHITE SUPREMACY.”

In a video presumably uploaded after the event, Kirk jokingly waved to a crowd of protesters from the building’s balcony.

“They’re so tolerant, as you can see,” Kirk joked.

Welcome to the University of New Mexico. pic.twitter.com/kJbFnAcbNb

The University of New Mexico is no stranger to far-left activists protesting against conservative events held on campus. These activists have successfully thwarted TPUSA’s previous two events at the university.

“Violent agitators at the University of New Mexico have shut down our last two events featuring speakers, Tomi Lahren and Ian Hayworth,” Kirk tweeted. “Not this time.”

“Funny, there’s never a crowd of lunatic “protestors” when a liberal shows up at a college campus to speak,” Kirk added.

Funny, there’s never a crowd of lunatic “protestors” when a liberal shows up at a college campus to speak. 🤔

After far-left activists forced the shutdown of TPUSA’s event with Lahren, the conservative student organization issued a statement thanking university police for protecting Lahren and the TPUSA students at the event.

“Conservatives should not need armed security and multiple police departments deployed to keep our kids and our speakers safe,” the statement read. “Our Turning Point USA students now have to live with the aftermath of this security threat.”