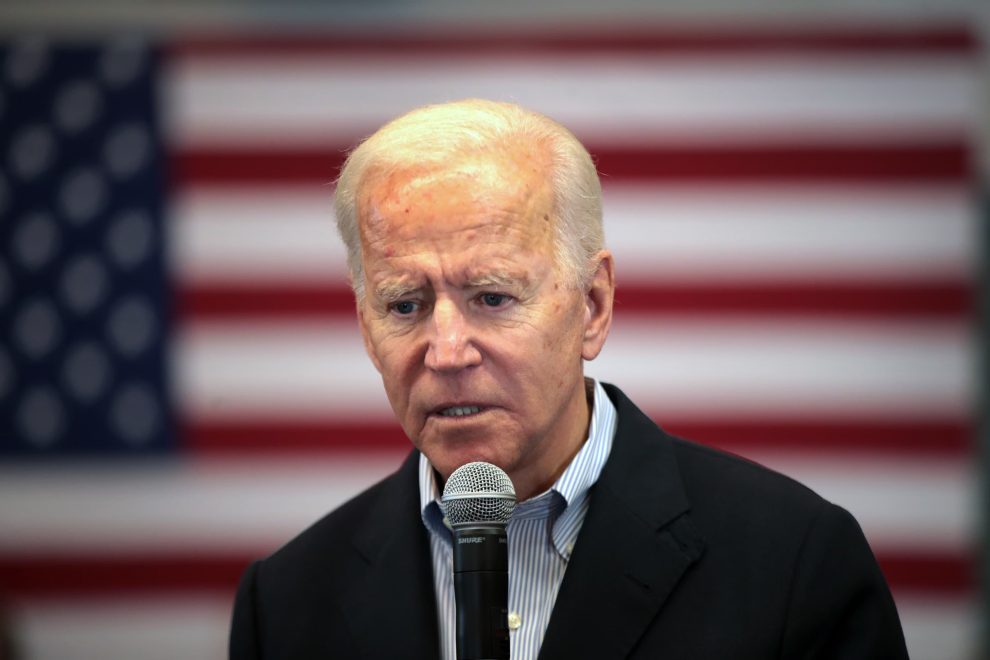 With this weekend’s apparently ad-libbed call for regime change in Russia and the immediate walk-back of said call, it certainly seems like the more Joe Biden says, the less we should actually believe it.

Saying that Putin cannot be allowed to stay in power was just one of many gaffes he made this weekend, all of which the White House had to clean up in record time. The Putin line was obviously the most dangerous one Biden made all weekend, and it’s worth noting how swiftly the White House had to scramble on that one. In minutes, they were pushing out clarifications to their allies in the media.

That line, though, is probably the most dangerous line that could have been uttered.

The case you can’t make is that U.S. policy should be both of these policies at once. There’s a place for strategic ambiguity, but this isn’t one of them. Alas, this weekend, President Biden exclaimed, “For God’s sake, this man cannot remain in power!” and then his staff rushed to clarify that the president “was not discussing Putin’s power in Russia, or regime change,” which is the opposite of what the president actually said.

As Andrew Stuttaford aptly summarized, “The ‘clarification’ was the right thing to do (there was no choice, really), but the net effect is that Biden can be portrayed by Moscow as bellicose, while simultaneously coming across as weak to nervous allies in the East, and hopelessly muddled to allies elsewhere and, of course, to adversaries and the undecided across the globe.”

To govern is to choose, and what’s become abundantly clear is that Joe Biden doesn’t like making tough decisions. He wants it both ways. Oftentimes when a leader tries to take the middle path because he’s trying to achieve contradictory goals, he achieves neither.

The U.S. cannot kick the can down the road on the question of how to see and treat Putin. The Russian dictator has altered his country’s constitution so that he can remain in power until at least 2036 — when Putin will be 84, which is old even by Joe Biden’s standards. Barring some unexpected turn of events, Putin will rule Russia until the day he dies.

The rhetoric appears to be almost an over-correction back to the Biden of 2020 — the Biden that said he could go toe-to-toe with Putin — after horribly mismanaging the Ukrainian crisis from the start. But it was an over-correction that he ad-libbed, versus a strategic misstep from the White House.

The problem is now that Putin will almost assuredly seek the complete and total destruction of whatever he sees in order to achieve his goals. Sure, the White House is now saying Biden didn’t mean what he said, but the damage was done. Putin can’t walk away now, and that means the Ukraine situation goes from bad to worse. On top of that, Biden will look even weaker by saying it and then never following through.

This isn’t some new problem for the White House, though. They had to walk back his statement that the U.S. government wouldn’t pay money to immigrant families separated at the border. They had to walk back a claim that he got a COVID test every day. Jen Psaki had to clarify after Biden said he would vow to protect Taiwan.

At this point, one has to wonder if the White House intends for Americans to take Biden at his word. It would seem as though we shouldn’t take him literally when he goes off-script. That doesn’t bode well for the press, who relies on access to Biden in press events so they can dig further into his thoughts and policies. Everything will instead be filtered even more through Psaki and White House statements while Biden slips further and further back into the basement.