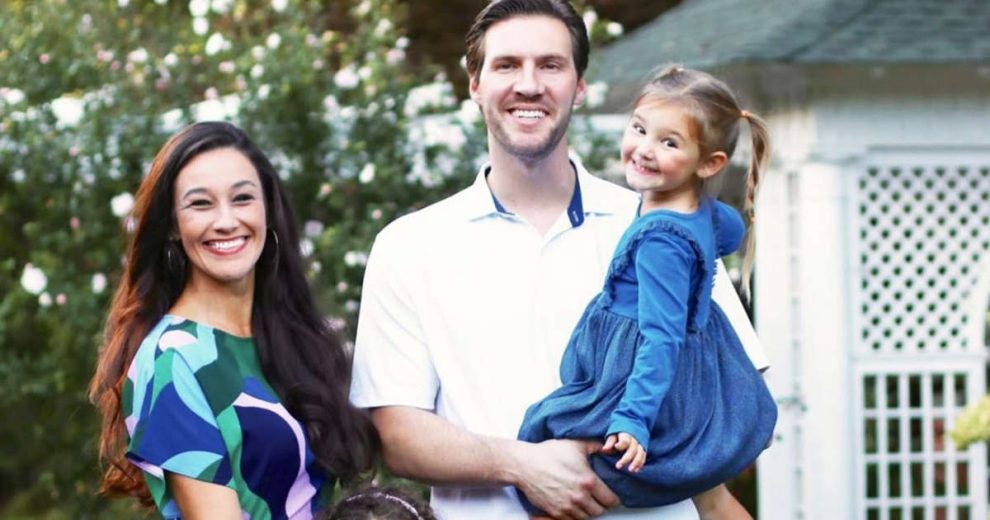 The home of a GOP candidate for the House of Representatives came under fire in late October, with a bullet coming just feet from his sleeping children.

Pat Harrigan, who is running in North Carolina’s 14th district, woke up to gunshots on October 18th in an incident that has been revealed to be under investigation by the FBI.

The FBI have launched an investigation after a gunman shot into the North Carolina home of relatives of a Republican running for Congress – with the bullet landing just feet away from where the candidate’s children had been sleeping.

The shooting transpired on October 18 in Hickory at a home belonging to Republican Pat Harrigan’s parents, as he fights for an open seat in the famously liberal 14th Congressional District, in a contentious race.

The congressional candidate’s daughters, aged 3 and 5, were asleep in the bedroom directly above the room where the shooting occurred, with the bullet coming from a densely wooded area behind the house, piercing a window but not waking the girls.

The initial instinct for many in this situation would be to assume it was a stray bullet that accidentally struck the house. But given that it was late at night, this wouldn’t involve a hunting incident. More damning, though, is the fact that the bullet came from property that Harrigan himself owns. It appears someone shot at his house purposely in an attempt to intimidate him and his family.

Harrigan, who is a former green beret, has been locked in a contentious battle with Democrat Jeff Jackson. The latter is heavily favored to win the race, and news of this shooting probably won’t change that.

When Nancy Pelosi gets a death threat, we must all stop using her name in campaign ads. When someone attempts to assassinate Brett Kavanaugh, no one even suggests the Democrats cool down their “end of democracy” rhetoric. In fact, on the same day Biden delivered yet another speech claiming Republicans are a threat to the nation, a man tried to punch GOP senate candidate Dan Bolduc. Did you hear about it? Probably only if you read this site or other right-leaning outlets because the mainstream media didn’t even bother to report it.

That’s the double standard we are dealing with. The press and Democrats (but I repeat myself) do not care about political violence. They only care about what can drive their political narrative. If someone so much as looks at a Democrat wrong, it’s national news. If someone tries to kill a Republican, it’s a punchline or it’s simply ignored. Remember that the next time they demand you care about what they want you to care about.