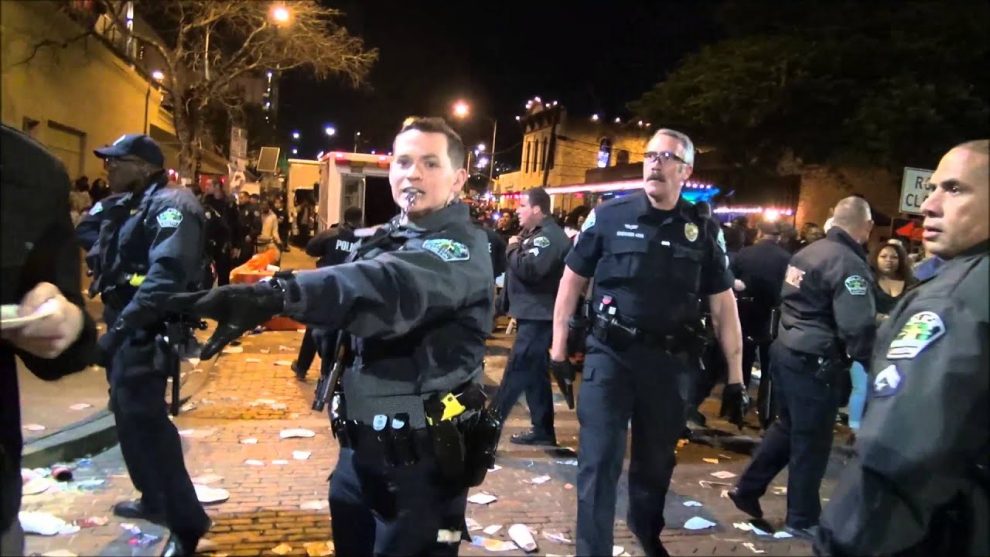 “There was loud pop that I heard. There was a pause of a second or two, then the people in the crowd started shouting ‘a shooting,’ and everybody started running,” festival attendee Matthew Carey told Deadline.

Paramedics responded and at least one person suffered a gunshot wound, Carey said. Another person was seen being taken away in handcuffs, as the photo above shows. That arrest came from extremely quick intervention by the Austin Police Department, another source told Deadline. “They were on the guy within a minute,” the source noted of police action in the highly patrolled neighborhood.

The incident occurred near the heart of the festival, in an area that’s considered the center of nightlife in Austin with several nightclubs and bars. Police are keeping a tight rein on the surrounding streets to make sure there are no other active perpetrators, we hear.

While tonight’s shooting did not actually occur at a SXSW venue or event, it was as close as you can get to the 32-year old gathering without getting in the door, so to speak.

This most recent firearm violence follows three other gun-related incidents in the past 24 hours in Texas’ capital city that saw five people hospitalized, sources said.

As was the case tonight and in 2016, past years have sadly seen other such shootings at SXSW.

This year’s SXSW opened on March 8 and is scheduled to end tomorrow.