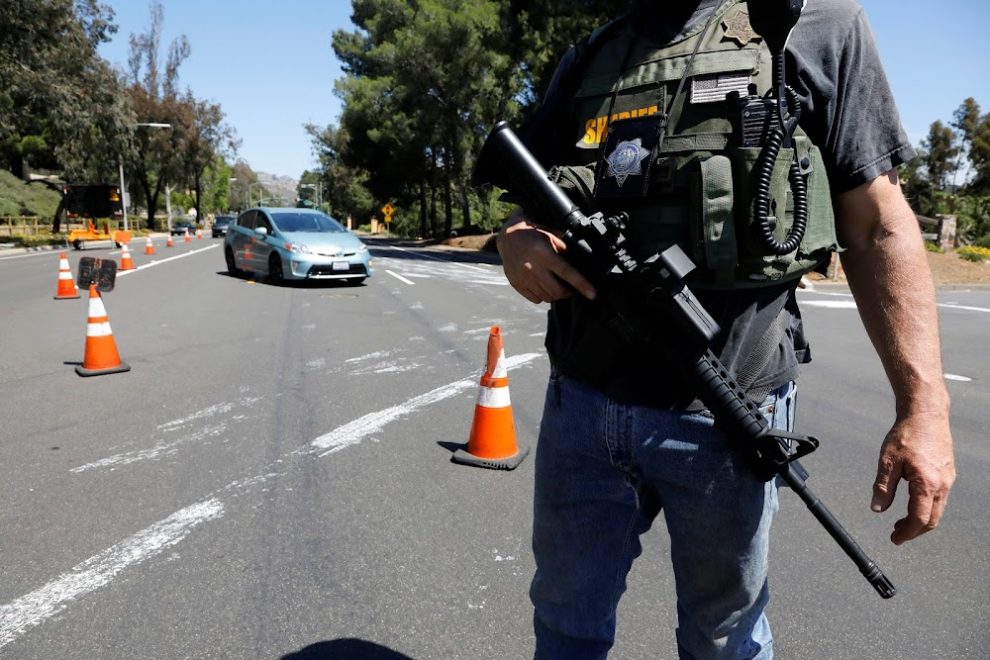 Local authorities held a press conference about the shooting.

The Orange County Sheriff’s Department representative express that the OCSD’s thoughts and prayers are with the victims and their families.

The suspect is an Asian man in his 60s. He opened fire during a lunch meeting of the Irvine Taiwanese Presbyterian Church, killing one and critically injuring 4. Another victim has minor injuries.

After the suspect opened fire, congregants detained him and hogtied him with extension cords. They recovered two handguns from the suspect.

Authorities aren’t sure if the man is from the area, whether he has any connection to the church, or whether there was a specific motive.

After apprehending the suspect, authorities swept the church for bombs. Sheriff’s department chaplains also offered counseling to the 30-40 congregants who were there at the time.

The FBI and AFT are assisting with the investigation, offering linguistic and behavioral analysis support.

Agent Kristi Johnson stated that the shooter’s motive will determine the further level of federal response.

Laguna Woods Mayor Carol Moore thanked the congregants who put their safety and risk to intervene.

“That was so impressive,” she said.

The Orange County Register reports that “The Presbytery of Los Ranchos said in a statement that it is ‘deeply saddened by a fatal shooting that occurred at a lunch reception honoring a former pastor of the Taiwanese congregation that nests at Geneva Presbyterian Church in Laguna Woods … Please keep the leadership of the Taiwanese congregation and Geneva in your prayers as they care for the those traumatized by this shooting.’”

“No one should have to fear going to their place of worship,” said Gov. Gavin Newsom in a statement. “Our thoughts are with the victims, community, and all those impacted by this tragic event.”

On Sunday afternoon, shortly before 1:30 PDT, a shooting took place inside Geneva Presbyterian Church in Laguna Woods, Calif. One person was pronounced dead at the scene, and at least four others were wounded.

We are working to get information out as quickly as possible. We ask for patience as this event unfolds.

A short time later, the Orange County Sheriff’s Department reported that a suspect was detained onsite and may have also recovered the weapon involved in the shooting.

#OCSDPIO Deputies are responding to reports of a shooting at a church on the 24000 block of El Toro Road in Laguna Woods. Multiple victims have been shot. More details to follow, PIO en route.

According to reports on Twitter, Geneva Presbyterian hosts a Taiwanese church, and the shooting took place during a lunch meeting of the Taiwanese congregation.

This is a breaking situation. Local authorities will hold a press conference at 5 p.m. local time, and we’ll have more details as soon as they become available.

See also  Ohio Teen Killed At LeBron James' School Suffered Broken Neck, Footprint On Chest Wall
→ What are your thoughts? ←
Scroll down to leave a comment: