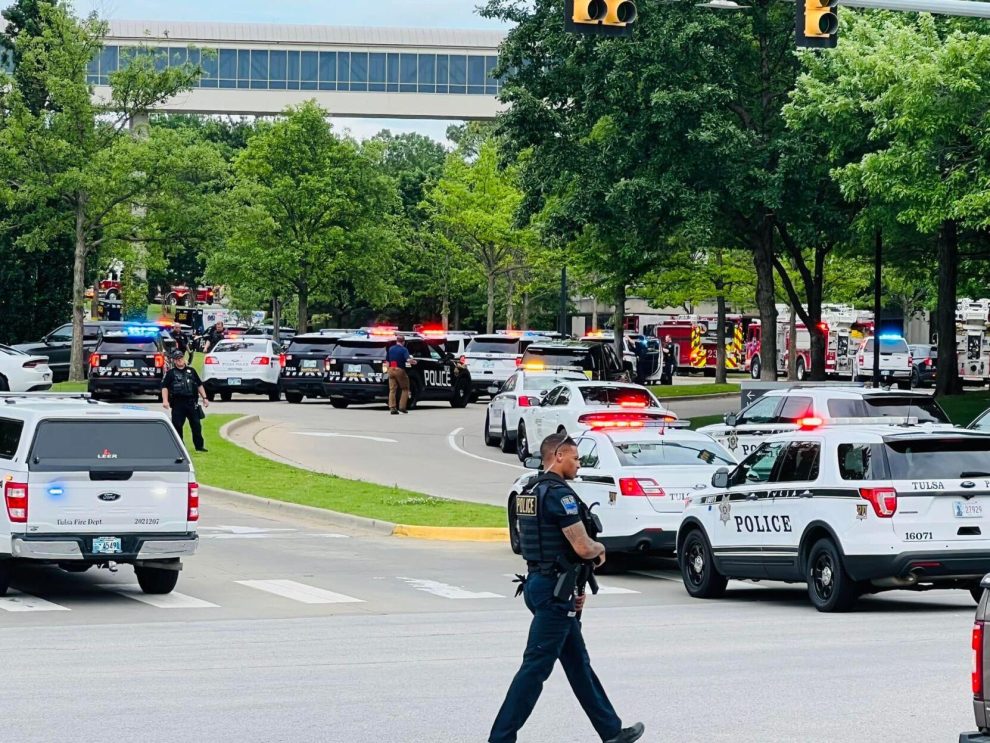 A black male opened fire at a medical building in Tulsa, Oklahoma, on Wednesday, killing several people and wounding several others.

The Tulsa Police Department reported that five people were killed, including the shooter, during the attack on the Natalie Building on the St. Francis Hospital Campus.

A local Fox News station reported that law enforcement officials had not identified the suspect yet, but noted that he was “a Black male between 35-40 years old.”

“Officers immediately rushed to the second floor where the shooting was taking place, when they got there they found a few people had been shot, a couple were dead at that time,” Tulsa Police Captain Richard Meulenberg told ABC News. “We also found at that time who [we] believe and still believe to [be] the shooter.”

Law enforcement officials said that they believed that the shooter used both weapons that he brought with him and that he ultimately took his own life as officers moved in.

“We are doing a meticulous floor-by-floor, room-by-room search … It’s calmed down,” Meulenberg said. “We’re trying to connect people and we’re hoping not to find any victims.”

Oklahoma Governor Kevin Stitt released a statement following the incident, calling it a “a senseless act of violence and hatred.”

“Sarah and I are praying for the families of those who lost their lives and for those who were injured,” he said. “I am grateful for the quick and brave actions of the Tulsa Police Department and other first responders who did their best to contain a terrible situation. I have offered Mayor G.T. Bynum any state resources that may be needed, and I ask all Oklahomans to come together in support of the Saint Francis Health System community and to grieve with those whose lives have been forever changed.”