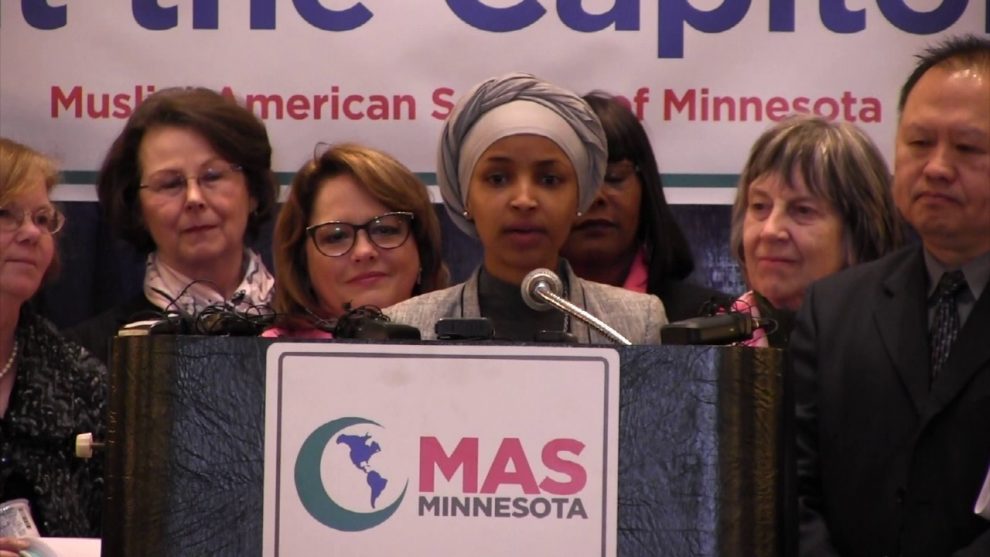 Disturbing footage of Muslim kids saying they would sacrifice themselves and kill for the “army of Allah” surfaced from an Islamic center in Philadelphia.

The Muslim American Society (MAS) Islamic Center in Philadelphia posted the video to its Facebook page celebrating “Ummah Day” in which young children wearing Palestinian scarves sang and read poetry about killing for Allah and the mosque in Jerusalem.

“These are not isolated incidents; they are happening in major centers of the country – including in Pennsylvania,” MEMRI said in a statement.

In the video, translated by MEMRI, kids can be heard singing: “The land of the Prophet Muhammad’s Night Journey is calling us. Our Palestine must return to us.”

One girl talks about martyrs sacrificing their lives without hesitation to conquer Jerusalem.

“We will defend the land of divine guidance with our bodies, and we will sacrifice our souls without hesitation,” a second girl says. “We will chop off their heads, and we will liberate the sorrowful and exalted Al-Aqsa Mosque. We will lead the army of Allah fulfilling His promise, and we will subject them to eternal torture.”

MAS Philly belongs to the Muslim American Society (MAS), which has 42 chapters in the United States and one in the United Kingdom.

MAS’ website says that its mission is to “move people to strive for God-consciousness, liberty and justice, and to convey Islam with utmost clarity,” and that its vision is “a virtuous and just American society.”

In its latest press release, MAS condemns the synagogue shooting in California.

“Hate has no place in our society. In an era where we’ve seen an increase in hate crimes, including rising Islamophobia and anti-semitism, we must stand tall together in solidarity.” Ayman Hammous, executive director of MAS, said in a statement. “These acts of terror in places of worship and against humanity cannot become the norm.”

MAS did not immediately respond to requests for comment.