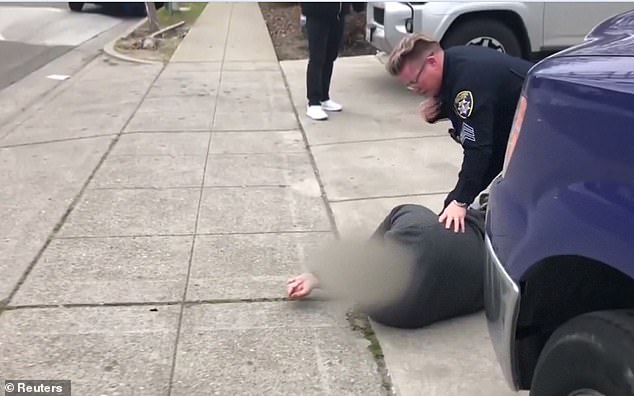 Journalists working for Oakland’s CBS affiliate KPIX-TV were covering the Oakland teachers strike before 5pm on Sunday night at the Oakland Library when a car carrying two suspects pulled up and the driver pulled a gun, demanding their camera.

The crew surrendered the equipment and began walking away.

The suspect then shot the guard, Matt Meredith, in the leg, the news station said.